A growing number of thru-hikers are leaving their stoves at home in a bid to save weight and time on the trail. Matthew Cattin investigates if the fad cuts the mustard

When tramping, the promise of a hot meal at the end of the day is the dangled carrot I often need to put one foot in front of the other.

There’s nothing so satisfying as sitting down on sore haunches, looking over a view, and indulging in the ceremony of setting up a camp cooker.

As the sizzles, bubbles, singes and spits emit from a hot pot, the anticipation grows – as any tramper knows, food never tastes as good as it does in the backcountry.

But – hard as it is to believe – some trampers don’t care much for a hot meal when they’re on the trail, and some leave their stoves at home altogether.
Katie Lupton of Waikato is one such tramper.

Her first forays into the backcountry were done without a stove, and it’s a habit she’s yet to break.

“Someone convinced me to buy a cooker and have a hot meal. I tried it once, never again,” Lupton says. “It’s extra hassle for an expensive dehydrated meal.”

Lupton instead opts for fresh or home-dehydrated foods, such as biltong, salami, bananas, blueberries and apples.

She’s never been keen on hot drinks – so no loss there – but Lupton admits food envy can strike when other trampers are cooking up a storm in the hut.

“A salami and apple dinner doesn’t smell great, but a hot meal cooking definitely does,” she says.

But while her meals may not be the envy of others, her pack weight certainly would be. Consider what a cooking setup weighs – a standard gas canister sets you back 230g. Add at least another 70g for an ultralight stove and 100g for a titanium pot and the best-case scenario is 400g of cookware.
Of course, that’s using some of the lightest gear on the market – the average tramper’s setup might be closer to 700g. Is there any other area you can so easily drop half a kilogram of pack weight?

For Lupton, it’s much more simple: “I take my knife and that’s it,” she says.
But it’s more than a matter of weight. Lupton’s choices are based on what she feels her body needs to perform.

“We’re demanding a lot from our bodies, so we should be eating the most nutritious foods we can to operate in the best way,” she says.

And with no porridge or coffee to heat up, Lupton says she’s often the first on the trail.

“You are looking for ways to get up and out the door – especially if you’re staying in a hut, you want to be leaving early.”

Living on dried food for days won’t appeal to most, and furthermore, it’s demanding on the body. Dehydrated foods, as well as naturally dry foods like nuts, require water from the body to properly digest, and more water needs to be consumed to compensate.

Fortunately, many dehydrated foods one would normally cook tramping can be ‘cooked’ in cold water just as easily, in a process known as cold-soaking. The method is simple: mix dehydrated solids with cold water in a sealed container, such as a peanut butter jar, and wait.

Rehydration will take longer without boiling water, so it might make sense to prep dinner ingredients while stopped for lunch and let them do their thing while you walk. Couscous, rice, lentils, hummus, ramen, vegetables, beans, oats and mashed potato all work well when cold-soaked, but freeze-dried meals and thick pasta dishes are not easy to rehydrate without heat.

Even if you don’t set out with the intention of cold-soaking meals, it is a good technique to be privy to in case of emergency.

Paul Garland, who, with his daughter, wrote the book New Zealand Backcountry Cooking, recalls running into a couple of experienced trampers who had been flown into Stewart Island for the 10-day North West circuit.

“They had their stove, but they’d forgotten matches, and in every hut where there were matches, they were wet,” he says. “Fortunately, on their third day, they ran into a fisherman who gave them a cigarette lighter – by which time they had pretty well eaten all their biscuits and cooked rations.

“Even if they didn’t find a lighter, they would have been able to simply soak meals overnight – most pastas you can soak for a few hours and eat cold and you won’t die of indigestion or anything like that.”

Garland says he’s seen plenty of trampers going stoveless, but admits it’s not for him.

“One of the joys of being in the mountains is putting on a good brew – tea never tastes as good at home,” he says.

He has seen some impressive innovation by cold water-toting trampers, however.

“It’s amazing what you can do with cold water,” he says. “I’ve run into trampers who sprout their own beans. They throw a few seeds in a muslin bag, and they drop it in a stream to soak for an hour. Then they pop it back in a plastic bag and next time they’re near water, they do the same thing.

“Depending on what they’re growing, they will keep the system going until they eventually sprout.”

Others make energy-rich mixtures at home with coconut butter, peanut butter, chocolate and other fats.

“You’ve got to really love the stuff as all you’re eating is high energy fat,” Garland says. “A lot of people can eat a teaspoon, but you try eating that day after day.”

Garland recommends scanning the supermarket for foods you would enjoy cold or raw.

“Once people sit down and think about it, there’s a lot of options,” he says, including salami, hard cheeses, tuna, salmon, biscuits, cakes, flatbreads, pitas, rice pudding and carrots.

In a survey of 378 Wilderness readers, 29 per cent of respondents said they’d give stoveless tramping a go, but the majority said they wouldn’t tramp without hot food.

Comfort was the deciding factor for many, with several respondents lamenting the inability to make hot drinks. Another said her children liked to warm their feet in the dishwashing water – it seems the companionship of warmth in the backcountry is hard to give up.

I can absolutely relate – I love a hearty hot meal, and I’m also a coffee and tea addict. But while the stove will remain stowed in my pack for now, I’m thrilled to have discovered new cooking techniques, and expanded my repertoire. I won’t go cold turkey, but I will definitely incorporate some cold-cooked meals on future trips. I’ve already been won over by cold-soaked oats, and I’m eager to attempt Katie Lupton’s biltong recipe to enjoy with cold couscous and vegetables.

After all, new adventures are what tramping is all about.

What do you think about cold cooked meals? Email editor@lifestylepublishing.co.nz 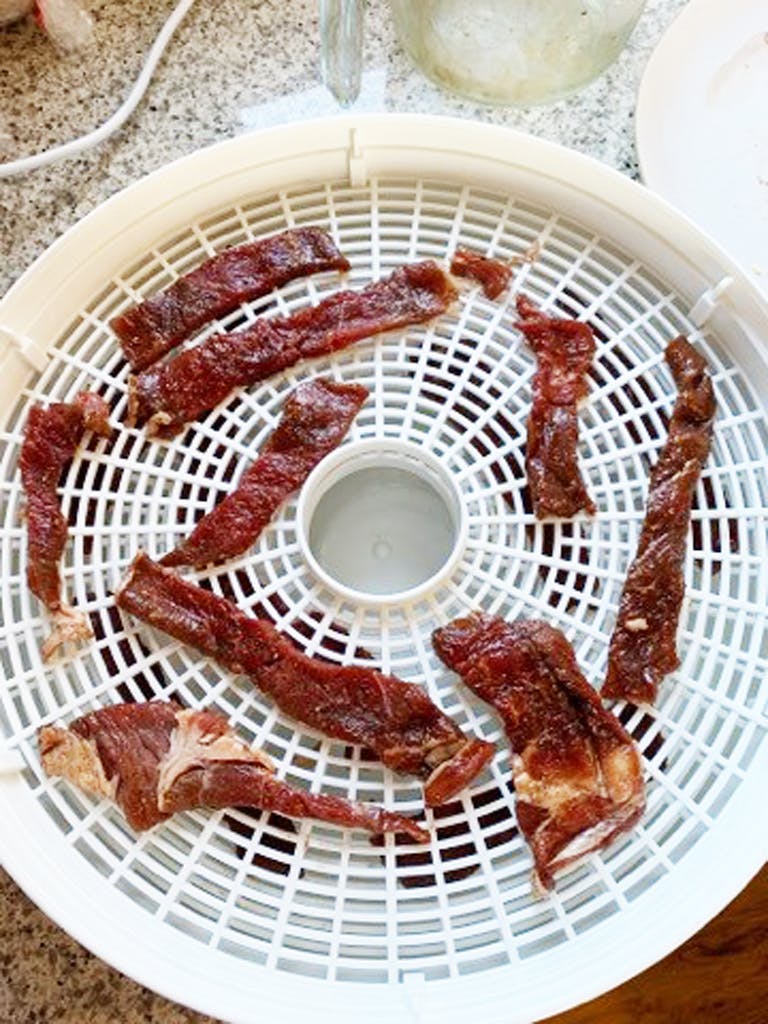 Burning porridge onto the bottom of a pot seems to be a rite of passage for trampers.

A moment’s distraction is all it takes to turn oats black and stain a pot for all eternity – we’ve all been there.

Oats are a wonder-food for trampers. They’re lightweight, indestructible in your pack, and they’re a good source of carbs, protein, fibre, vitamins and minerals, proven to keep you feeling fuller longer.

I’ve recently discovered the joy of cold-soaked oats, and as a long-time porridge advocate, I’m a convert.

The method is simple, delicious and impossible to burn – here’s how you do it. 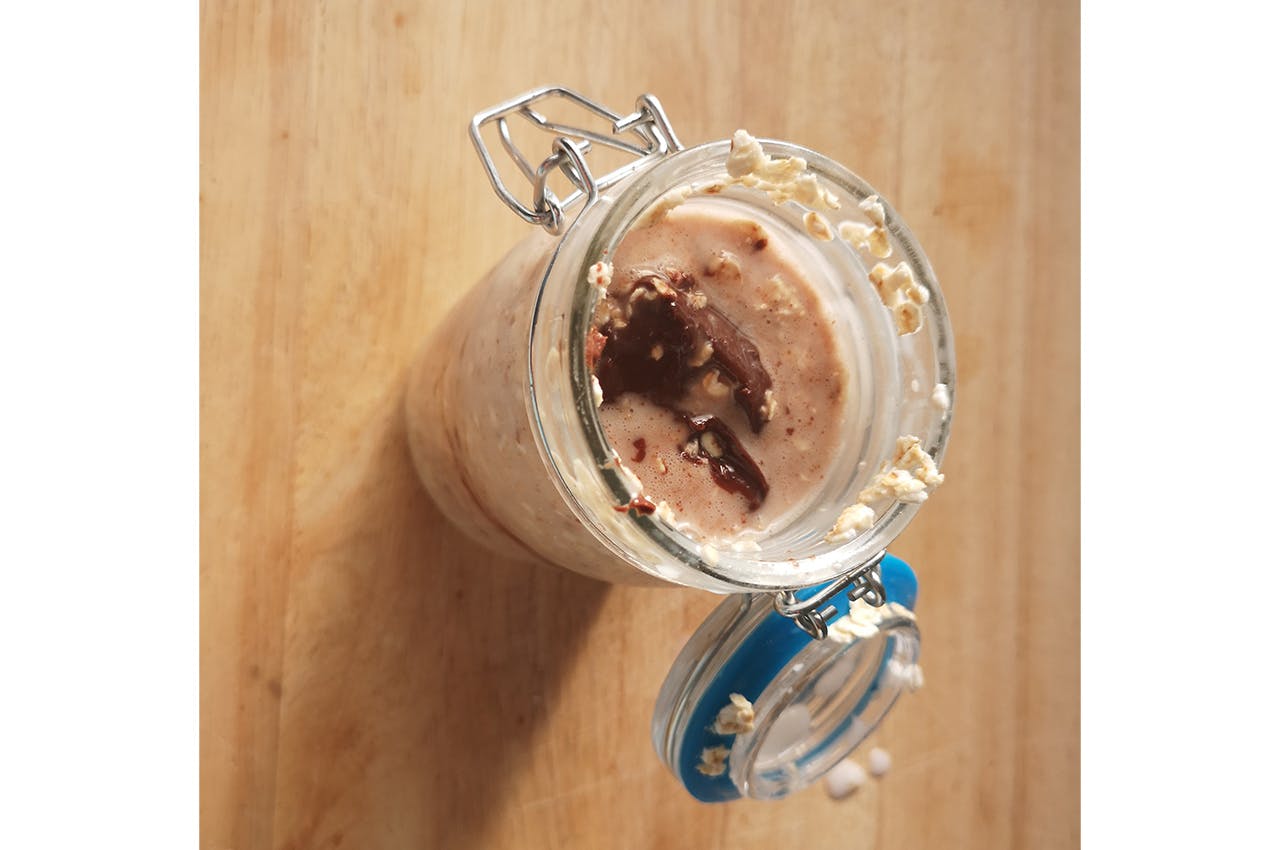