A party of four climbers had a memorable – and active – Labour Weekend, topping out on Mt Arrowsmith, 2781m, making repairs to Cameron Hut and felling a stand of wilding pines in the Cameron Valley.

Jaz Morris, Rowan Cox, Tom McKellar and Laura Doughty experienced excellent conditions on the climb, located in Canterbury’s Hakatere Conservation Park. Crevasses on the South Cameron Glacier were filled in and firm snow on the 40-50-degree 250m central couloir led them directly to the summit.

Making the most of the long weekend, on return to Cameron Hut they tidied up the interior and made minor repairs to the door, replacing a rattly, loose bolt using the hut’s stash of tools.

On their walk out, they borrowed the hut’s saw to fell a small stand of wilding pines 20 minutes from the hut. They managed to negotiate the spaniard grass to cut down about 20 Douglas firs.

“There aren’t that many places where the wilding pine issue is so easy for a single tramping party to solve,” said Morris. “If future parties repeat the process over the next couple of years, then the wilding pines in the area will be completely gone.”

Those attempting the Te Araroa Trail this summer might encounter four-legged compatriots. A team of Kaimanawa horses ridden by trainer Lou McNutt will head from Bluff to Cape Reinga in an epic nine-month trip.

McNutt is partaking in the solo mission to help increase adoptions for Kaimanawa horses and raise money for Running for Rangers – a group that runs marathons to improve the welfare of rangers protecting rhinos and elephants in Kenya.

She plans to carry provisions for 5-7 day sections and the horses will be fitted with special horseshoes reinforced with tungsten carbine on the heels and toes to cope with the long distances. The North Island will be predominantly along the coast whereas the South Island will be largely through high country stations.

McNutt would also be keen to hear from any landowners who wouldn’t mind her stopping over for a night or two. McNutt plans to set off in January. To see a map of her proposed route, visit www.loumcnutt.com.

After nearly nine years of planning, fundraising and construction the Old Ghost Road will finally be ready to be tramped or ridden in its completed form this month.
In total, 26,000 volunteer hours and more than 100,000 paid-for hours were clocked in efforts to complete the 85km trail.

The Old Ghost Road is located in the Buller District of the West Coast and runs from Lyell to Seddonville. It’s a grade four mountain bike ride and a 4-5 day tramping trip with six huts en route.
The trail will officially open at 2pm on December 12 at the NBS Theatre in Westport. Organisers have warned parts of the trail will remain closed until then to allow construction to be completed.

An exhibition showcasing a history of New Zealand maps has opened in Wellington. The National Library of New Zealand, in Thorndon, will host Unfolding the Map; the cartography of New Zealand. Highlights for trampers include an 1887 map of the proposed Tongariro National Park and a 1936 trampers’ map of the Tararuas. Other highlights include the first map of New Zealand drawn by Maori and charts from Captain Cook’s voyages. The exhibition is free to enter and is open 8.30am-5pm Monday to Saturday until August next year. 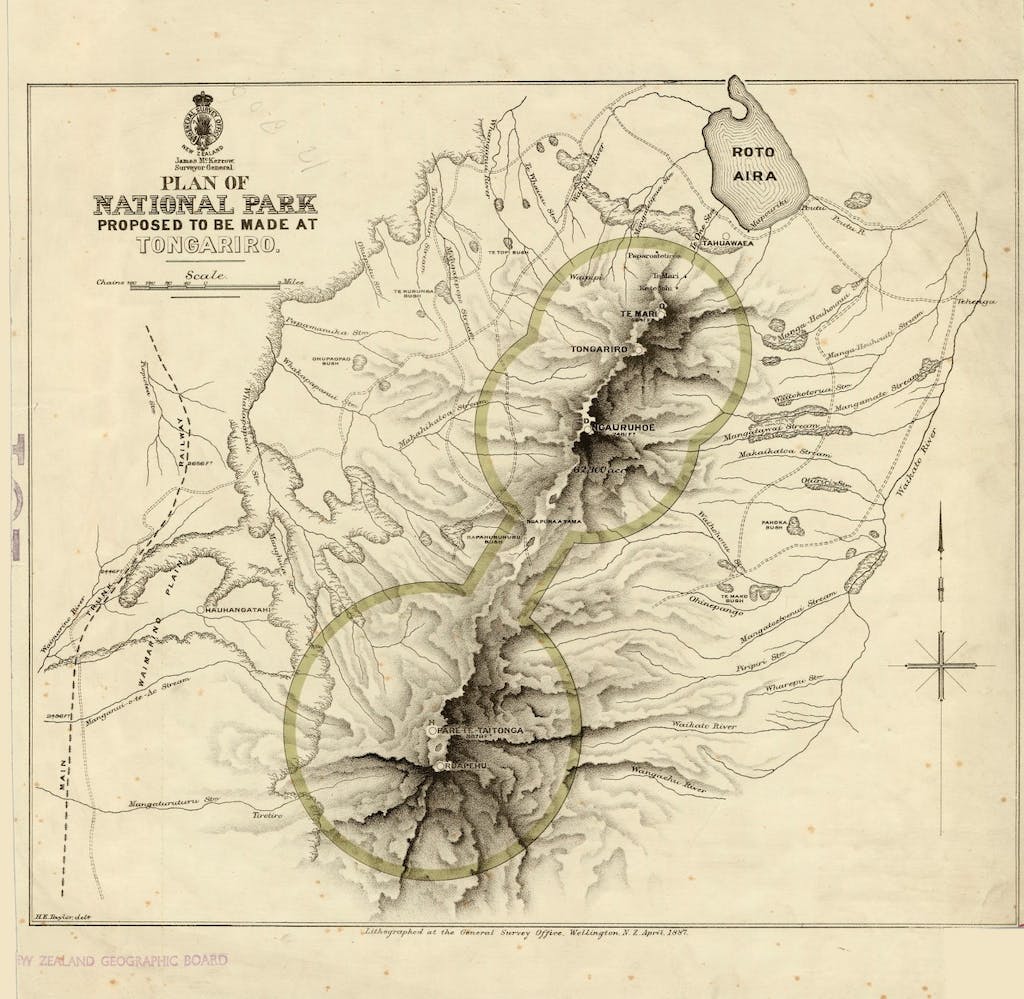 Members of the Wellington Tramping and Mountaineering Club sat down for all of 90 minutes recently to plan their summer tramping itinerary. The result? An incredibly busy calendar with a staggering 147 trips planned.  The club’s communications officer Emily Shrosbree said highlights include a musical tramp, parts of Te Araroa Trail, a family Southern Crossing and walking in Paparoa National Park next Easter. It wasn’t all about getting boots on the ground though – seven pizzas were consumed over the course of the planning. 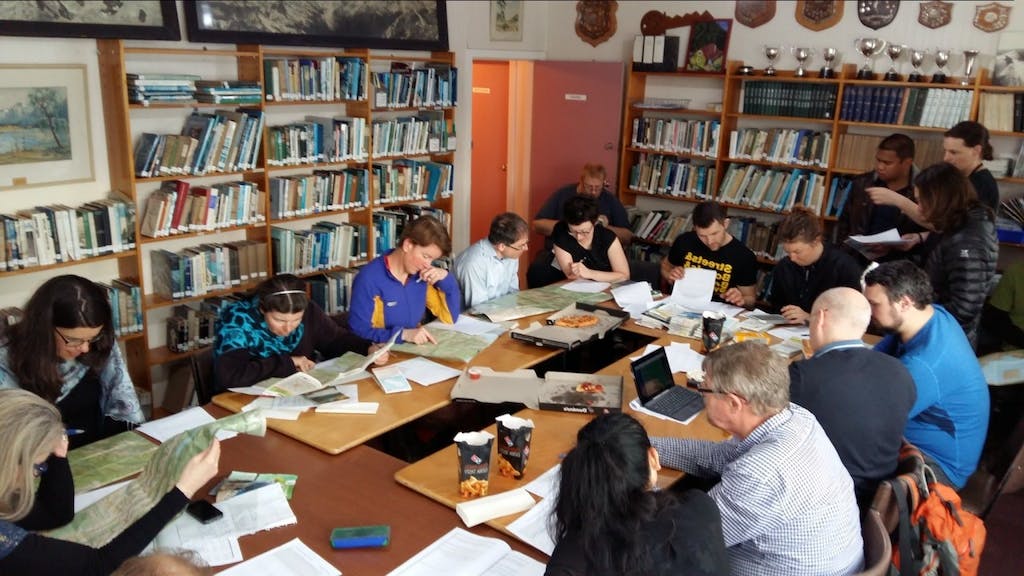 Harry Maher, who has been director of LandSAR for the past three-and-a-half years, is now leaving the organisation. Maher, who developed and deployed a safety management system for 3500 volunteers during his tenure at LandSAR, will now become DOC’s director for health and safety. He had previously worked in various positions for DOC over 22 years and will take up the new post this month. Director and chair of LandSAR, Rex Hendry, said Maher can be justifiably proud of his achievements with the organisation. “In this time, the board, with Harry working alongside, has developed a strong and clear direction for the organisation and has established a range of projects to resolve long-standing and current issues.” 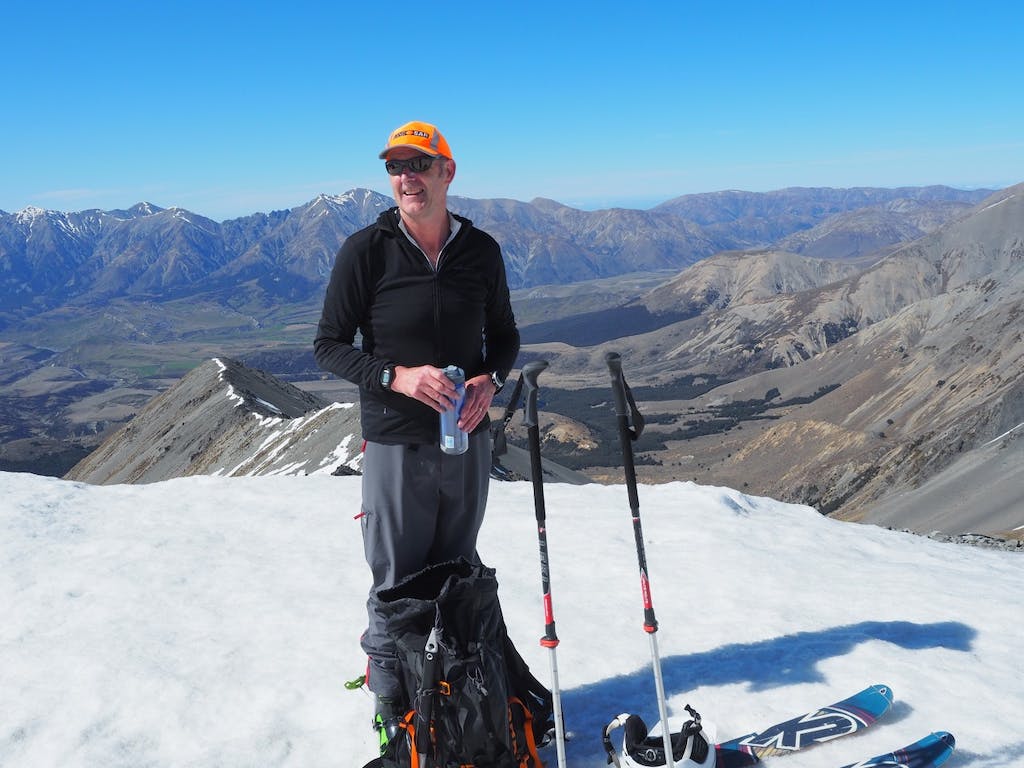 Maher enjoying a break at Tarn Basin, in the Craigieburn Range