From a casual glance at the map, Neill Ridge looks like a handy shortcut to the Tararua Southern Crossing. But look again and you’ll see it’s no soft option. There are no midway huts on this seldom-used track, so trampers must either brace themselves for a very long first day, or carry a shelter and camp. I’m a slow tramper, so I chose the latter.

The trip begins with a face-reddening climb out of Waiohine Gorge. The weight of my full pack had me puffing, but the next stretch to Cone Saddle was much more gentle and quite pretty. I startled two deer on the plod up to Cone, where few day-walkers venture.

Approaching the top, a yellow-crowned kakariki chirped excitedly – and the views deserved the fanfare. The Tararua Peaks stood proudly to the north, the Wairarapa Plains rolled away to the south-east, and Neill Ridge beckoned me north-west. First though, I detoured along Cone Ridge to seek water in a mapped tarn, approximately 400m past the junction at Cone and Neill ridges. It was easy to find, and was such a lovely spot that I decided to make an early camp.

The next day was down to Neill Saddle to enjoy the atmosphere in the goblin forest. The track was well marked, but not well trodden, with thick ground cover. 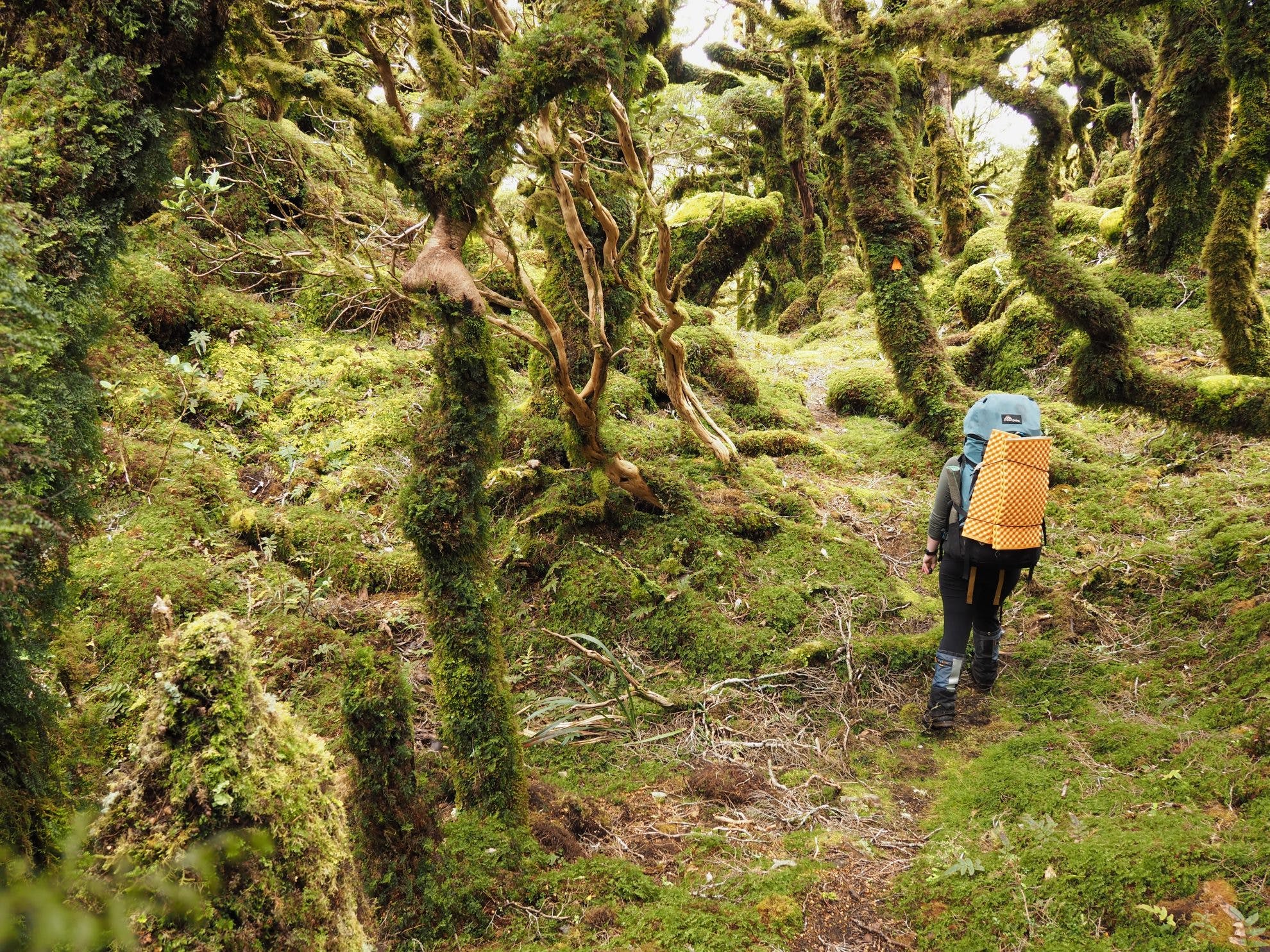 The quiet goblin forest on Neill Ridge was a highlight. Lauren Scherer

I hauled myself up a slippery patch where the track had fallen away and pushed on towards Neill, where there were 360-degree views, including my destination for the day: Winchcombe Peak to the west. There, a removed bivvy site promised sheltered camping and nearby water.

The route looked simple, but involved clambering and bush-bashing on the undulating ridge, slowing progress to Winchcombe Peak (1261m) where there was a cairn. A minute’s walk south revealed a small patch of flat ground – all that remained of the old Winchcome Bivy – where I made camp.

The route ahead to Mt Hector (1529m) would be exposed to the fickle Tararua weather. In November 2016, Mykhailo Stepura and Pavel Pazniak died near Alpha Hut after reportedly tramping along Neill Ridge and over the exposed tops. It’s most likely that severe winds and hypothermia crept up on them at the end of a long day (or possibly two days) of tramping.

Next morning I left the bush behind and entered tussock on the stretch between Winchcombe and Mt Hector. Mt Hector’s memorial cross came into view, and the Southern Crossing lurked behind. I carried on north, eventually past Kime Hut and down to Field Hut, where a ruru watched me cook dinner at dusk. It was a short walk the next morning to Otaki Forks and the end of an enjoyable Tararua trip.