Top Maropea Hut was built in 1958 by the New Zealand Forest Service. It is situated about 1.5km to the north-west of Armstrong Saddle.

We started our walk along the Sunrise Track, passing Triplex Hut after about 15 minutes. The track then dips through a creek before zig-zagging up a spur to the main ridge, where it begins in earnest.

It took us an hour to reach the ridge, where the track continued in a gentle incline for about a third of the total. Just before a section of steep zigzag, there’s a bench seat. It’s a good place to catch your breath.

We arrived at Sunrise Hut late in the afternoon, claimed our bunks and looked forward to the next day when we planned to explore Armstrong Saddle and Top Maropea Hut.

The walk from Sunrise Hut to Armstrong Saddle takes 15 minutes, but the route is entirely above the bushline and as such is exposed and even in summer can be cold. To the left is exposed steep slips, and to the right leatherwood and stunted bush.

Armstrong Saddle was named after Hamish Armstrong, who on July 21, 1935 made what was supposed to be a routine flight from Akitio to Hastings Aerodrome in his Gypsy Moth. He didn’t arrive. It wasn’t until August 4 that the wreckage was found relatively intact in the saddle. Armstrong made a good job of a forced landing in the snow but he has never been found. There is a plaque at the saddle explaining more.

The views from the saddle are amazing; laid out are the western Ruahines with Mt Ruapehu in the distance.

From Armstrong Saddle we continued west to a tussock high point, following the occasional steel waratah, then veered north and down a bush ridge on a cut and marked track to Top Maropea Hut.

This four-bunker is well maintained and has an open fire. The hut has been re-piled and moved a few metres to the east to make the helipad bigger. 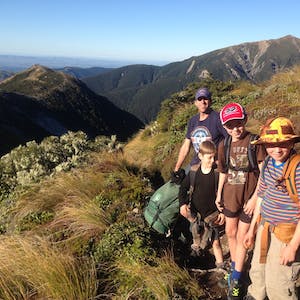 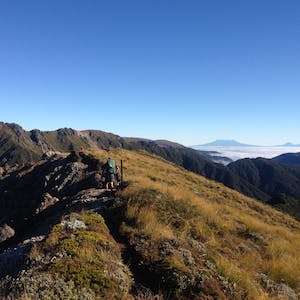 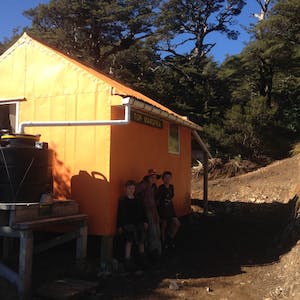