Access
The end of Mangleton Road, off Big Hill Road at Kereru

A 700-800m ascent looked like just the ticket for the kind of tramp I wanted: a quick, moderately tough tramp with the option to overnight, and hopefully good views. And after all, who needs Sunrise Hut when you could just zip up the Ruahines a little further to a less frequented hut and enjoy the same phenomenon?

The best-laid plans, of course, begin with finger tramping on the topo map.

I set off from Mangleton Road, on the eastern side of the Ruahine Range and west of Hastings, some time after lunch, with a full pack and an optimistic mindset. I’ve regularly been doing 800-900m ascents and the track to Parks Peak Hut promised 2-3 hours’ walk, with some punters reporting they’d done it in 1.5 hours. As it turns out, that is lies. All lies.

The first 10 minutes is an easy stroll across a small patch of farmland, then through the bush near a stream up to Sentry Box Hut. This is one not to be missed – it’s rare to find a road end hut in such good nick, and it’s been restored inside. However, being so close to the road end means it gets little use other than as a stop to sign the intentions book on the way in and out.

It was a stunningly clear day and within 10 minutes of leaving Sentry Box and starting the steep climb to the tops, I wasdripping in sweat.

An hour or so later I popped out of the bush onto Rocky Knoll, an exposed outcrop marked on the map. I was stupid enough to think I was nearly at the T-intersection of the ridge track, and there might have been swearing, however nobody else was around so this aspect of the report goes unconfirmed.

So it was up, up, another 400m to get to the ridge track where I had the option of going left to Parks Peak Hut or right to Aranga Hut.

I had ideas about a quick side trip to Upper Makaroro Hut, but those flew out the window by the time I got to Parks Peak. Not only had I had enough for one day, but the sun was shining, the (new) hut and surrounds were very picturesque, and my bum wanted to make friends with the ground.

The only disappointments were 1) the hut book is new so I was deprived of the joy of reading people’s comments (a favourite pastime) and 2) there’s actually no view, so any ideas of a Sunrise Hut-style morning session were also out the window.

The hut boasts a rain gauge with instructions on how to read it, a wood burner, six bunks and a wee verandah.

After baking myself and my sweaty gear in the sunshine, I ate dinner and read for a while. Then the wind picked up and by 10pm was roaring so loudly I needed ear plugs.

Though there were no views from the hut, there were glimpses through the trees on my way back down and it was an even more stunning day without a breath of wind. 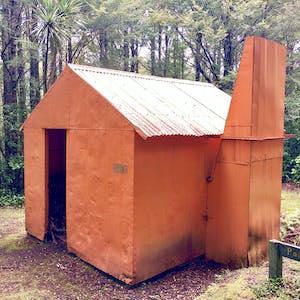 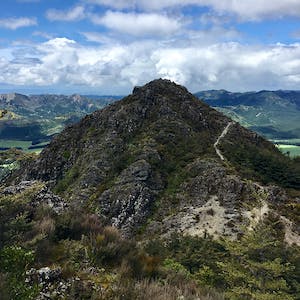 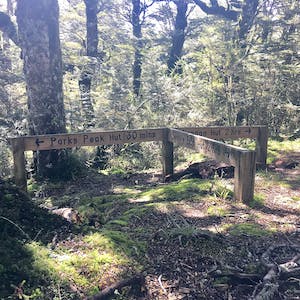 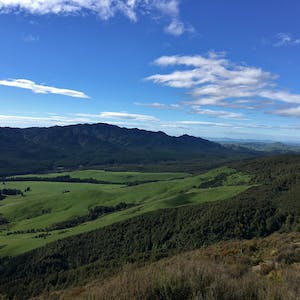 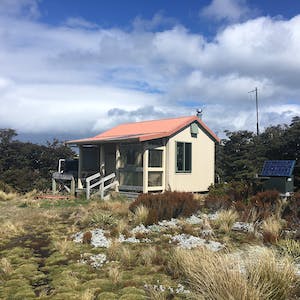