Access
From Jig Road. A steeper, marked track to the summit of Mt Somers can be accessed from Flynns Road, to the east

Topping out on Mt Somers

I’ve often found the boring drive across the Canterbury Plains enlivened slightly by wistful glances at Mt Somers. I’ve had some great trips in the area, but the summit has always eluded me. Partly because Mt Somers is such a great Plan B destination; when the weather’s bad in the Southern Alps, a low altitude destination at the eastern edge of the mountains with a wide selection of tracks and a couple of good huts is just what’s needed. But, I wanted to get to the top one day, so when I had to go to Geraldine for a work meeting, it made sense to throw my boots in the car.

After a frosty, possum-disturbed night, I headed across the Woolshed Creek Bridge and immediately tackled Rhyolite Ridge, which is a good way to warm up, as it climbs 400m in just over a kilometre. On an earlier trip here, the track was largely unformed and in a gully to the south, but now it’s been made into a more permanent route.

At the junction with the South Face Track, I took the left-hand fork and followed the track until I could see Woolshed Creek Hut sitting on flats beyond the narrow canyon of Woolshed Creek. There’s a broad ridge to follow and, although unmarked, it’s just a case of picking the line of least resistance. 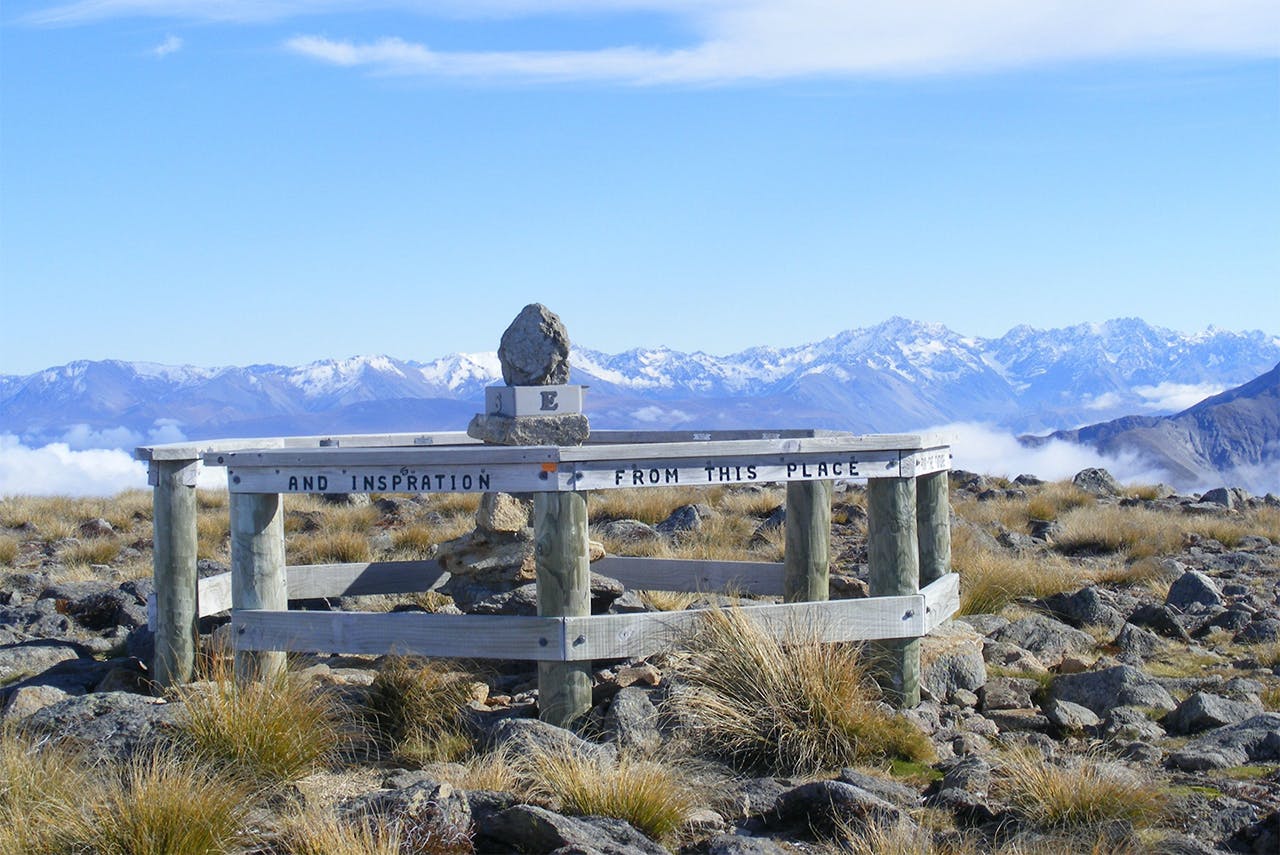 After another 400m upwards, the gradient eases slightly and the route follows the escarpment line that forms the southern ramparts of Mt Somers. Unlike most of the Canterbury foothills, Mt Somers is volcanic, which makes for some interesting geological features. At one point, a small basalt bluff appeared to block the way, but an easy tussock ramp breached its defences.

Then, there is a series of false summits until eventually – in about 10min – the distinctive structure which marks the real summit appears. The views are superb, with Mts Arrowsmith and D’Archiac prominent. Further west, the imposing bulk of Aoraki/Mt Cook brought to my mind the words of Samuel Butler: ‘It rose towering in a massy parallelogram, disclosed from top to bottom in the cloudless sky, far above all the others No one can mistake it. If a person says he thinks he has seen Mount Cook, you may be quite sure that he has not seen it’.

As I descended, the cloud that had enveloped the plains rose to meet me. It’s always simpler to navigate when heading up unmarked ridges than when descending. As you climb, all ridges must merge. Descending, they diverge, so I had to be careful not to to lose my way, especially to ensure I didn’t drift to the left and unwittingly meet the South Face Track to the south of the Rhyolite Ridge junction, as that would involve walking a long way in the wrong direction.

However, all was well, even though it was a knee jarring descent of Rhyolite Ridge back to the car.