A group of volunteers and DOC workers have finished work on the Soper Shelter tent Camp in Kahurangi National Park. With its wooden frame and canvas walls, the camp is a nod to the shelters built in the old days of gold mining and deer culling.

John Pemberton from the Golden Bay Alpine and Tramping Club got the ball rolling on the tent camp. “It was an obvious location, and beautiful,” Pemberton said of the site, which is about halfway along the Anatoki-Waingaro Circuit, just next to Lake Stanley and near the south branch of the Stanley River. The shelter is in the same spot as the former Smokey Drip Hut, which was removed by DOC in the 1980s. 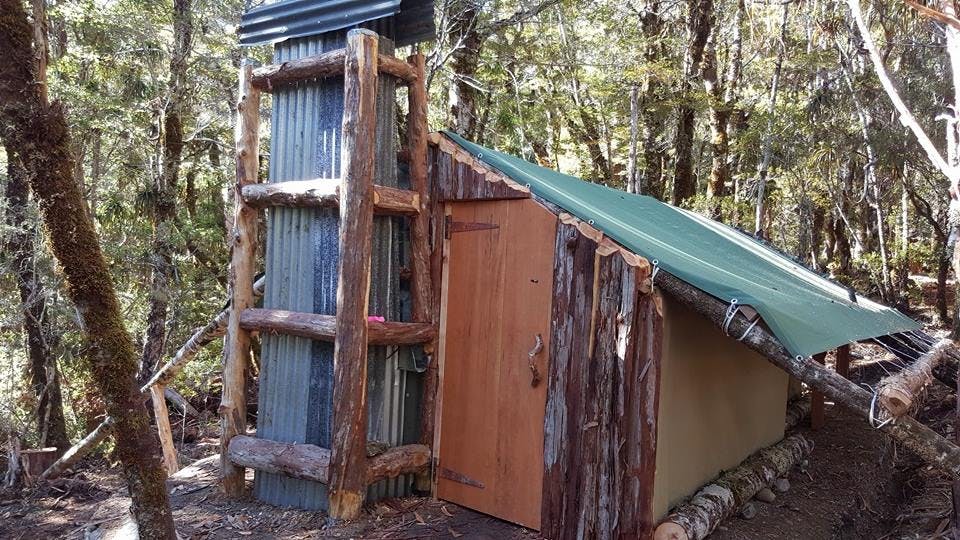 The Soper Shelter is named after Frank and Berna Soper, who were founding members of the Golden Bay Alpine and Tramping Club. “The idea has been around for a long time,” Pemberton said. He chose to build the tent-style structure rather than a hut because it’s cheaper and has a lower footprint. The permits for tent camps are far easier to obtain, as well. 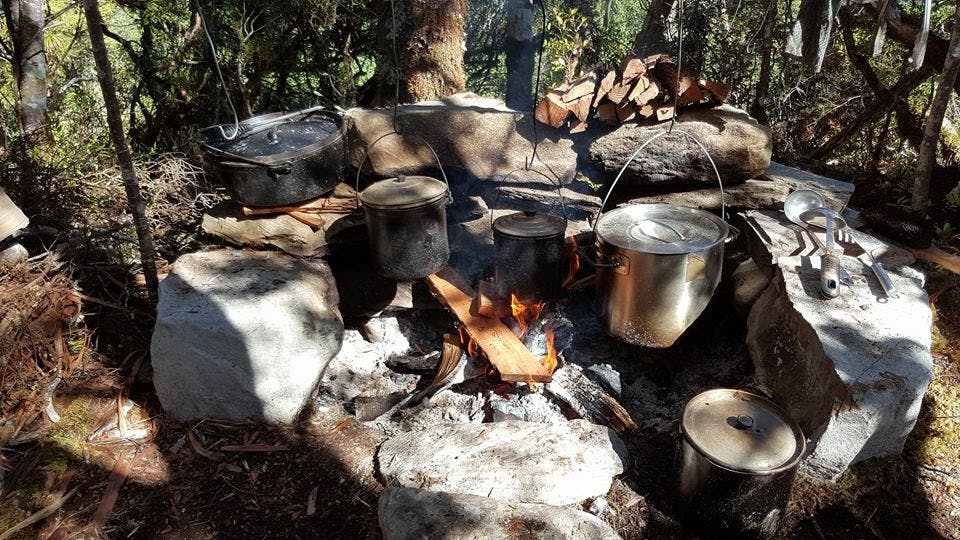 Volunteers from the club and DOC staff worked roughly 40 days to build the shelter, which is about 6m by 3m and sleeps 3-4 people. There’s a small cooking area, a stone fireplace, and a woodshed. The furniture within was all made on-site; workers used wood from nearby trees to make stools, tables and a cooking bench. “It’s an authentic replica of a 1930s tent camp. It’s absolutely beautiful,” Pemberton said.

The total cost was about $13,000, paid for by donations from Federated Mountain Clubs, Pupu Hydro Society, Tasman District Council Historic Fund, and tramping club members. The hut is now open to the public, but Pemberton said they’re still putting some finishing touches on it. It’s free and doesn’t require registration.

“Just sign the hut book and leave it nice and tidy,” Pemberton requests.