It’s extremely difficult – if not impossible – to accurately describe your location on a map unless you use a grid reference. Heather Grady explains how

BP33 is the map number for the Featherston Topo50 map and is quoted before the grid reference 881432.

First, find the set of horizontal numbers across the bottom, middle or top of the map. Look for number 88. The feature you are looking for is in the column to the right of this number (between 88 and 89). Divide this column into tenths and estimate one-tenths to the right of 88. This will give the first three digits: 881

Now find the set of vertical numbers up the left side and repeated up the middle and right side. Look for number 43. The feature you are looking for is in the row above this number (between 43 and 44). Divide this row into tenths and find the second tenths row above 43. Now we have a row and column that intersect. The notable feature in this square is Pt300.

Finding the grid reference for a feature 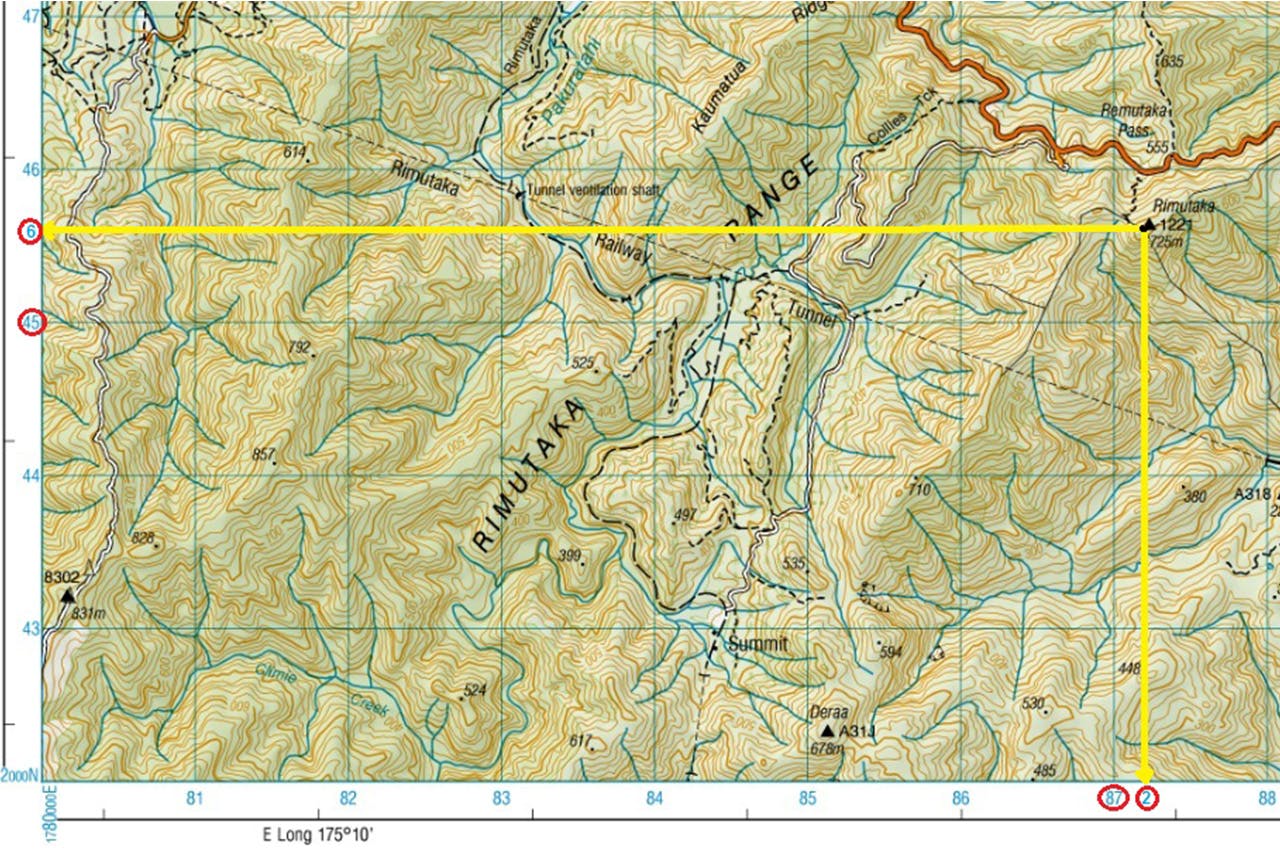 Using map BP33, we can take a feature such as Rimutaka mountain and drop an imaginary line from that point to the
numbers along the horizontal axis.

Now draw an imaginary line to the numbers up the left side. Read the number below this (45). These form the fourth and fifth digits in the grid reference.

Rimutaka is six-tenths between 45 and 46 so the last figure in the grid reference is 6.