How can you ensure you’re taught by the best? It’s easy, find out which tutors not only talk the talk, but walk the walk. Alistair Hall found four for starters

For 29-year-old Jacqui McCracken, the wilderness is the best place for teaching and learning.

As an instructor for the National Outdoor Leadership School, she spends up to 30 days at a time in the bush, teaching small groups of mostly American students.

“Experiential education can’t get any better than that,” she says. “I find it very rewarding being out there teaching – and teaching anything, from leadership skills to environmental education and technical skills. There’s so much you can learn out there about yourself and the other person. And that’s what our expedition is really great for: you’re there and you have to work as a team to achieve your ultimate goals.”

NOLS, a US-based school with branches around the world, is the only outdoor school in New Zealand to offer expedition-length leadership courses, though at upwards of $16,000 for the 77 day expedition it mostly appeals to American students who are on a gap year or looking to enter the outdoor industry after graduating from university.

McCracken loves the nature of the expeditions, which allows instructors to spend an intensive amount of time with students. “You get to work with the same people for a long time so you see them change and develop, which is really nice.”

McCracken joined NOLS straight after graduating from Christchurch Polytechnic Institute of Technology’s outdoor recreation course. She’s worked there ever since, spending her summers in New Zealand and then heading overseas to instruct on courses for NOLS in Australia and North America during the southern hemisphere winter.

She’s recently taken on a programme supervisor role, which has seen the number of days she spends in the wilderness drop from 77 to between 20 and 30 each year. She says the drop in days spent in the bush is better for her, though she loves every minute she is in the field: “It has its ups and downs, but I absolutely love it. That’s why I’ve stuck with NOLS since I left  polytech. It’s very rewarding.”

On the 30 day hiking expedition, McCracken can lead students over conservation land from as far south as the Ahuriri Valley all the way to the top of the South Island. But try asking her to name her favourite area and she stalls: “It’s hard for me to say what my favourite spot is because I just love the whole Southern Alps,” she says. “Every time I come off a course I say that was the best one!” 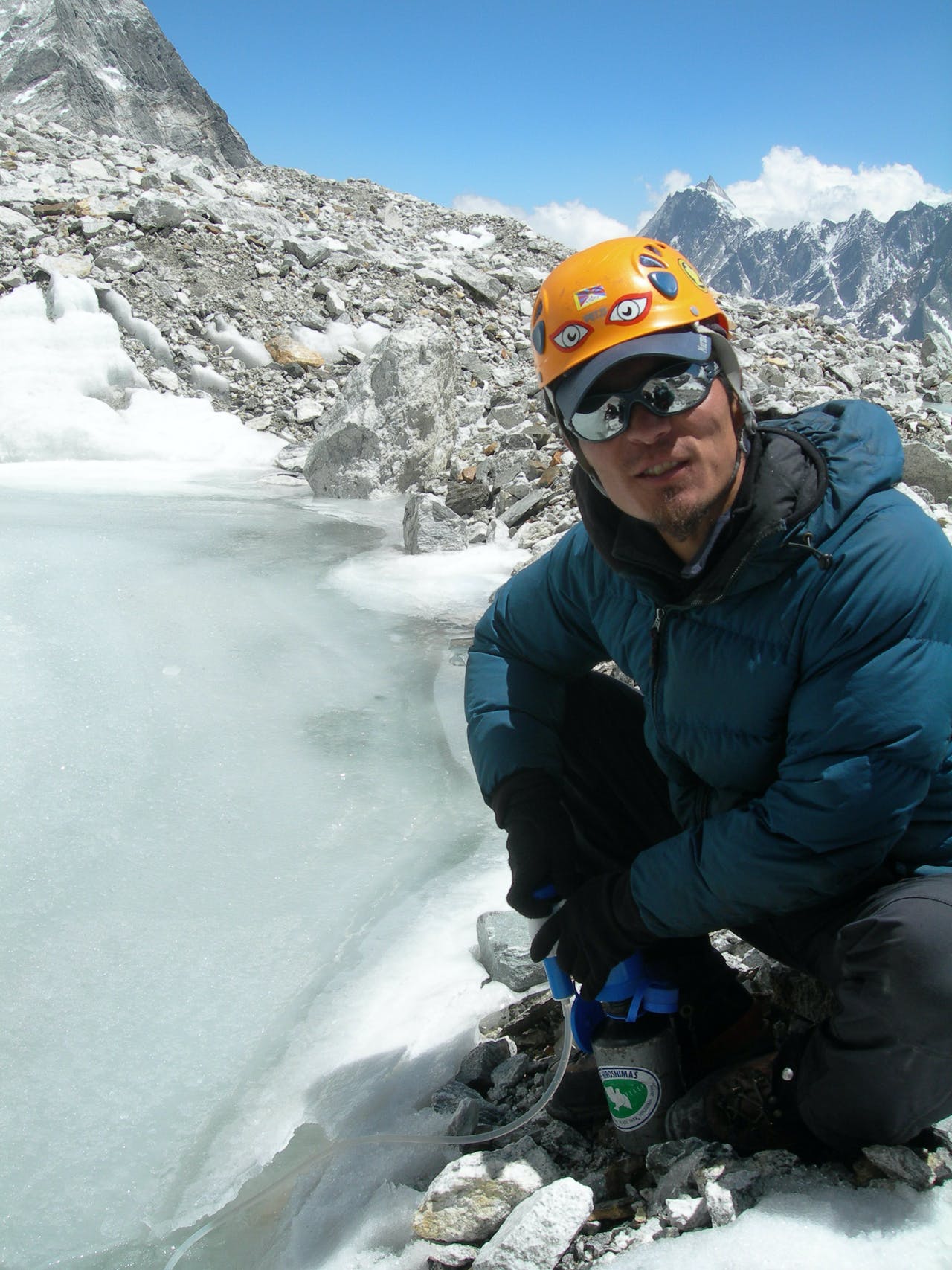 At the start of this year Sash Nukada took on a new role at Aoraki Polytech’s outdoor education programme. As the team leader he not only co-ordinates the other tutors, but teaches the year three students as well.

The role sees him in the classroom around 70 per cent of the time and outdoors with his students the remainder. “It’s a good balance,” he says. “In terms of sustainable outdoor jobs, of which there are not very many, it’s quite sustainable – you’re not going to burn out. At a majority of outdoor centres, you don’t see instructors staying there year after year.”

Nukada says outdoor centres can be hard graft, with long days spent in the hills. Being away from family and the physical nature of the jobs available at these centres can wear people down. But Nukada says it’s crucial for outdoor education graduates to earn their stripes at outdoor pursuits centres. “It’s essential,” he says. “I tell my third year’s they have to cut their teeth at outdoor centres, do a lot of school groups, get that mileage, get that experience.”

Nukada, 38, did just that. He spent several years at the Sir Edmund Hillary Outdoor Pursuit’s Centre, where he became training manager, and Outward Bound. “I kept chipping away getting experience and as wide experience as possible.”

Nukada has travelled to the US where he spent eight months rock climbing in places like Yosemite and Wyoming. He’s also been to the Himalayas three times to climb 6000m peaks and to ski tour. He says these travel experiences have added to the knowledge he can pass on to his students. “It adds to your credibility and to the depth of experience you can call upon when you’re sharing not just stories but shooting judgement calls with students. I think that’s a huge part of all tertiary courses – it’s easy to teach the technical stuff but it’s really difficult to teach judgement because it’s based on experience.

“If we tutors have that experience, we have a lot more to share.” 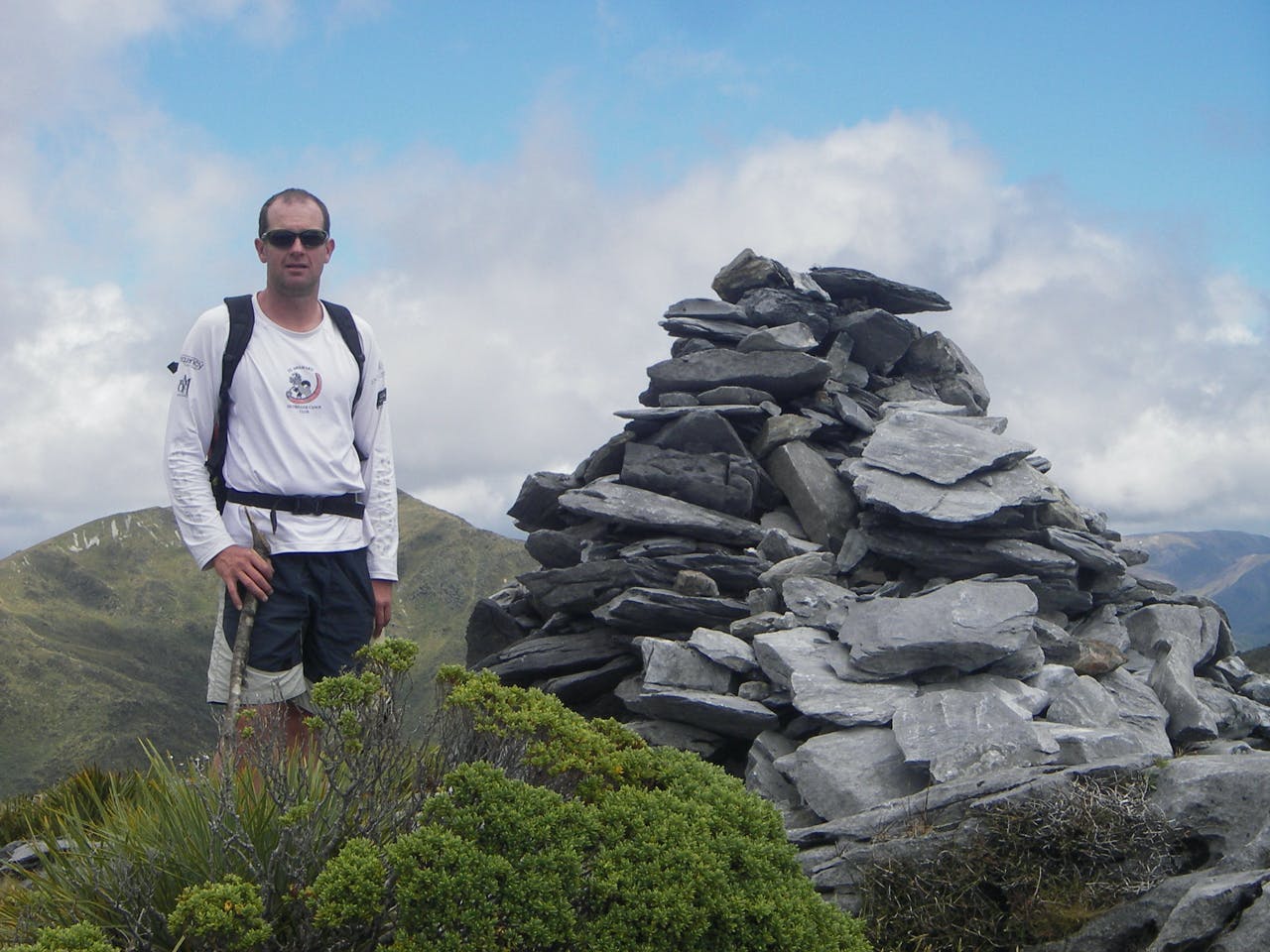 Todd Jago is a 23 year veteran of the outdoor industry. Like many of his current adventure tourism students at Nelson Marlborough Institute of Technology, Jago got involved in the industry at a young age – he was just 19 when he got his first guiding job.

“I was one of the first sea kayak guides in the country,” he says. Jago’s lucky break came from his cousin who owned Ocean River, an adventure tourism business operating out of Nelson.

“There weren’t any courses back then; not like there are now,” he says. “I learnt on the job which doesn’t happen so often these days.”

He learnt well. Over the years, Jago has picked up NZOIA qualifications in kayaking, sea kayaking and rafting. He’s also an NZOIA rafting assessor. But he says times have changed and its unlikely someone could create a career in the outdoors in a similar manner to the way he did: “It’s accepted now that to get a job in the industry you need to have done a course like [the one at NMIT] to get there.”

To help prepare for the workforce, Jago sends his second year students out on real guiding jobs. “We work with a local company to get our students to guide real clients,” he says. “It’s as close to industry as you can get.”

Jago reckons students these days are better prepared for the industry than they’ve ever been before and he credits organisations like NZOIA and the workshops it runs for improving teaching techniques and knowledge. “The teaching is getting better and better because the skill base through the years has led to more knowledge and experience,” he explains.

And even though he’s been at NMIT for 12 years, his formative guiding experiences have left a strong impression and Jago still takes the odd guiding job between semesters. He also finds time to tick off his bucket list. In 2006 he rafted the Grand Canyon and earlier this year he completed a double crossing of Cook Strait, an adventure he describes as his “big mission of the year – if you’re a sea kayak guide it’s something that’s on your bucket list.” 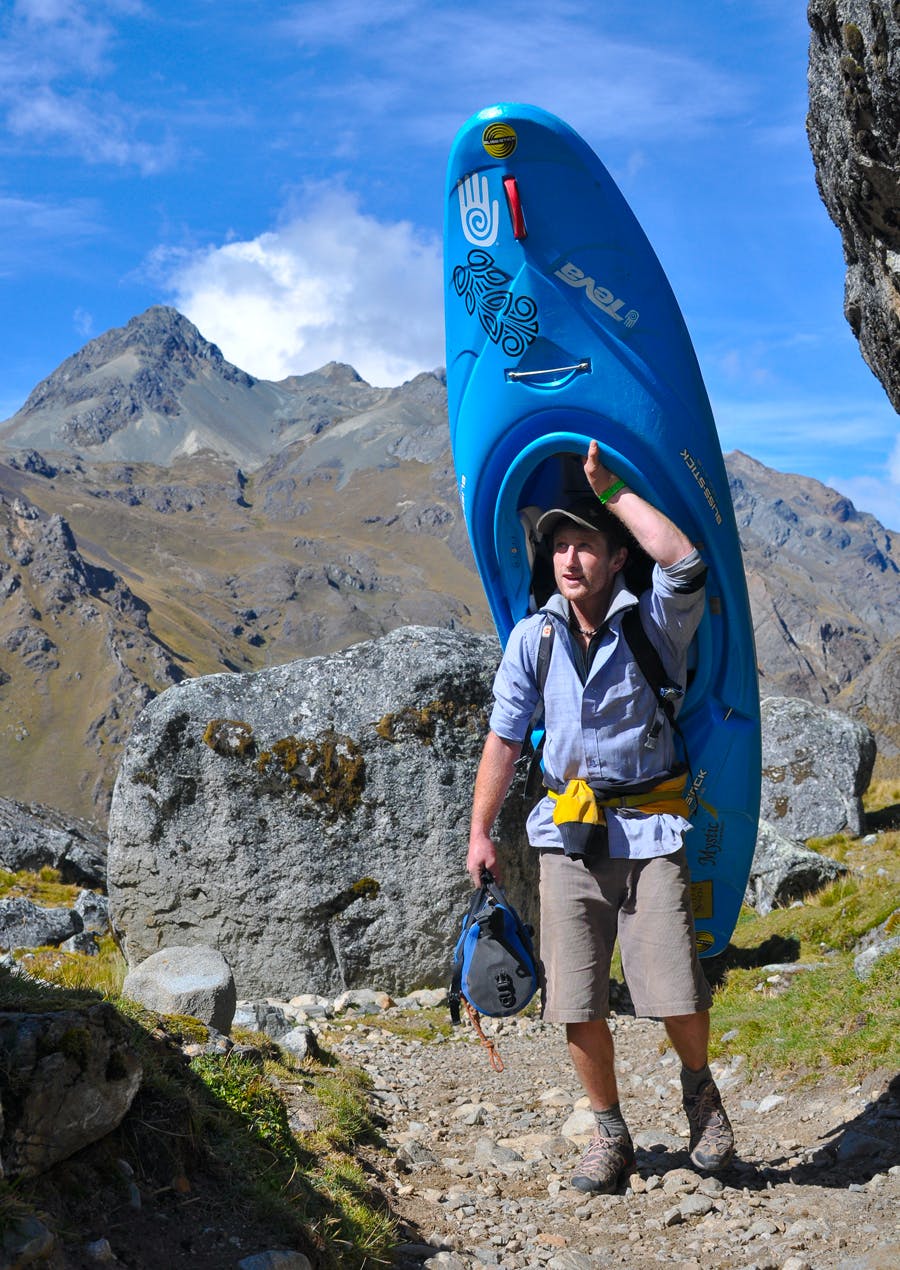 When Wilderness caught up with Zak Shaw, he’d just come back from instructing alpine skills on the Thousand Acre Plateau in Kahurangi National Park with his first year Tai Poutini outdoor ed diploma students. Four days of perfect weather on that trip, and a fine forecast for the days ahead, had him planning a return trip with a second group of students.

Alpine skills aren’t something Zak Shaw is well known for; rather it’s on wild rivers that Shaw has made a name for himself.

“I’m useful at a beginner level, but in terms of kayaking I feel like I’m at the forefront of that a little more,” he admits.

After completing his outdoor education diploma at Aoraki Polytech, Shaw landed a job at the Sir Edmund Hillary Outdoor Pursuits Centre. He worked towards his NZOIA Kayak Two qualification at OPC before taking up a job at the world-renowned New Zealand Kayak School on the West Coast in 2006. Shaw has kayaked much of New Zealand’s toughest white water and has made first descents of some like the Toaroha. He’s even headed to far flung corners of the globe, including Tibet, to run previously un-kayaked rivers.

Over the years Shaw has mellowed out and he now finds his first love – white water kayaking – competing with a sport he’s only picked up in the last few years: sea kayaking.

“Prior to sea kayak guiding I was fairly convinced that white water was the only way to go,” says Shaw. “But the experiences are so different – sea kayaking is more sensory and more about appreciating the environment and wildlife, taking time and just looking around.”

Before landing a full time position as a tutor at Tai Poutini, Shaw spent nine years working short-term contracts for the school, as well as overseas companies that saw him sea kayak guiding in places as far afield as the Arctic, Antarctica and California. But now 31, he says he’s enjoying the stability of full time work and revelling in the chance to watch his students develop. “A lot of the work I’m doing now has a more long term feel to it. Developing good relationships [with the students] and then seeing them in industry later on is quite rewarding.”

Working for Tai Poutini has meant less time for personal recreation, though he still has big plans of his own to fulfil. “The Sport New Zealand Hillary Expedition grants are up for grabs again,” he reveals.  “[I’ve still got] some big dreams.”