Most who opt for a career in the outdoors go down one of two roads of employment; either education or adventure tourism.

Whether you choose, a career in education or adventure tourism, it seems there are plenty of opportunities. The former might land you a gig at Outward Bound or teaching outdoor education at a secondary school or a polytech, while the latter might mean a lifetime of trips down the Whanganui River or countless climbs up the famous peaks of the Southern Alps.

Asher March is at the bittersweet end of his three-year tenure at Outward Bound. A self-proclaimed ‘all-rounder’, his interests include rock climbing, kayaking, mountaineering and bush-craft.

His outdoor pursuits began in his early 20s with rock climbing, then outdoor education studies at the Nelson Marlborough Institute of Technology, later earning a diploma from Aoraki Polytechnic in outdoor management.

He then took a job as a sea-kayak guide in the San Juan Islands of Washington state, USA.

While kayak-guiding in a foreign country may sound like an intrepid journey for most, March initially didn’t believe kayak guiding was a worthy outdoors field.

“I built up in my head that there are no skills needed – that there’s nothing really to it.”

That changed when he realised the magical quality of the intertidal zone in Puget Sound. His ‘office’ was a plastic boat floating atop the Salish Sea; his to-do list involved identifying a myriad of sea creatures that lived in cold, inky, tidal pools and on rocky shores.

“It was like being a kid again,” March says. “I fell in love, and it’s a huge passion now,” he says.

March returned to New Zealand to work at Outward Bound. Similar to his views on kayak guiding, he worried that it wouldn’t help him advance his career.

His experience proved otherwise. March later learned that many people in the industry have done a stint at Outward Bound, and that his tenure would help him build a solid foundation of leadership skills and personal development.

“I’ve learnt a lot about myself and how to work with other people. The whole [Outward Bound] philosophy is about developing people and inspiring them, and it’s hard to not have that happen to you also,” March says.

Now that his contract is up, he’s determined to continue working in education. He reckons he’s done his time in tourism, and has little interest in commercial outdoor recreation.

“I’m not excited by tourism, at times it’s like a factory job – quite repetitive and putting as many people through as possible. ” he explains. “Education has a deeper meaning.

“In the outdoors, you have experiences that are full-on, and it’s important to reflect on those and learn from them – there’s growth that can come from that.”

Dulkara Martig is no stranger to that kind of growth. She studied sports and outdoor education, intending to work in a classroom one day. However, it turned out the confines of a school weren’t stimulating enough. “I didn’t set out to work in the outdoors,” Martig says, but she soon realised that is where she belonged. 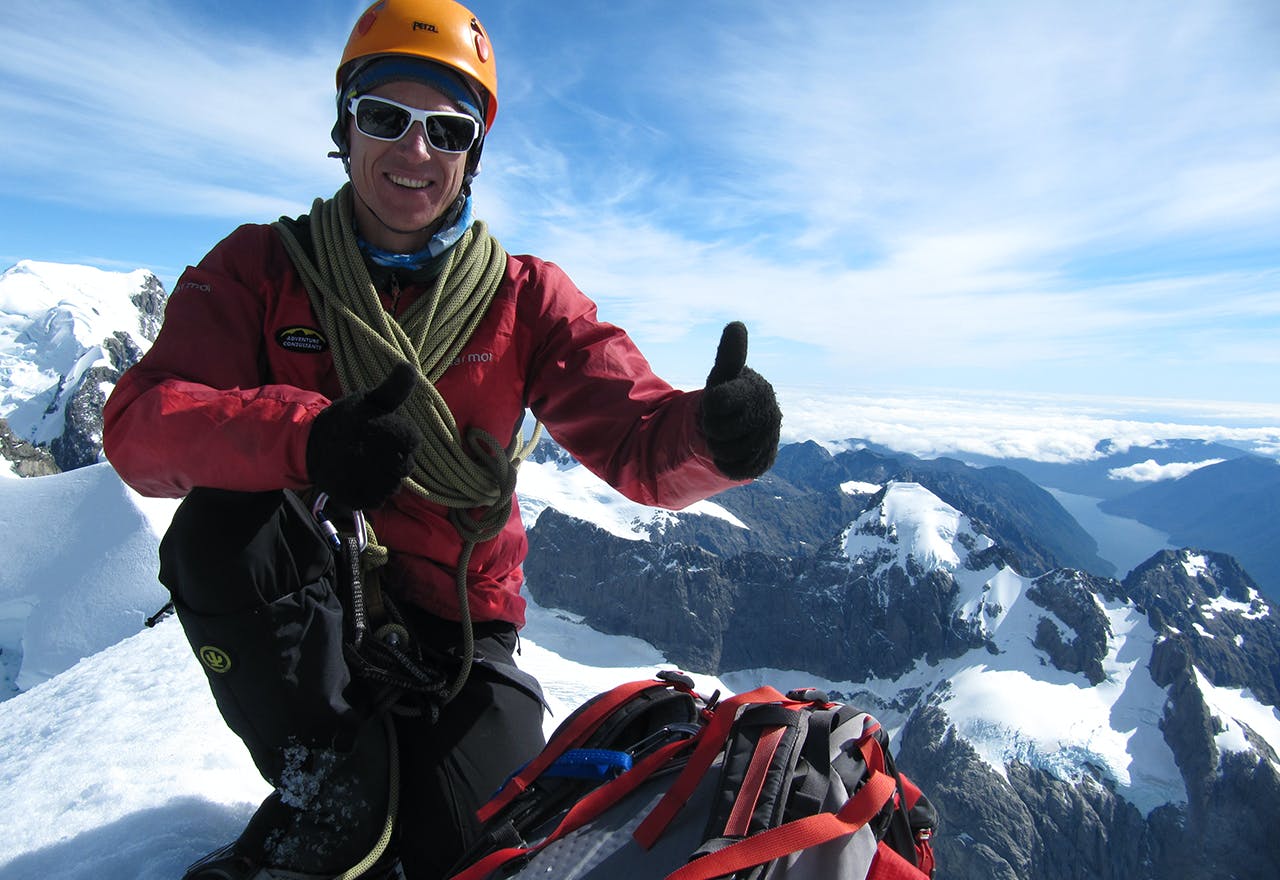 Steve Moffat has never tired of being a mountain guide. Photo: Steve Moffat

Once she set her sights on experiential teaching, she started working with the National Outdoor Leadership School (NOLS). The instructor course is an arduous undertaking; she spent 19 days with a group of other NOLS-hopefuls in the New Zealand backcountry. “We didn’t sleep in a hut the whole time,” Martig says. She was tested mentally and physically, and learned firsthand what it takes to be an outdoor educator.

“It was challenging in ways I didn’t expect,” she says. “I was in a student role instead of a leadership role.” She learned risk management, safety and competency skills, and how to teach environmental lessons while in the wild. Teaching inspired her, as she recognised that the connections she made during NOLS were more fulfilling than those guiding could offer.

“The high turnover of clients, and the shorter duration and repetitiveness of most trips isn’t very appealing to me,” Martig says of commercial guiding roles. “One of the main reasons I love working in the education sector is that I see people grow over time; in their technical skills, confidence and self-awareness – and ultimately, in their ability to embark on independent adventures without someone like me.”

Martig spent this winter in the Alaskan wilderness, guiding a group of a dozen students through the backcountry for 77 days. While working for nearly three months straight in a demanding outdoor environment may sound interminable to some, Martig considers it more real than what most would consider to be the ‘real world’ of offices, computer screens and flat whites.

With NOLS, Martig has the opportunity to instruct in a variety of settings around the world, and she’s inspired by the organisation’s ethos.

“I’m motivated by a curriculum that engages and challenges people on both an intellectual and physical level,” she says, adding that she’s constantly challenged to grow just as much as her students.

Although many adventure tourism jobs may involve ushering clients through a revolving door of various adrenalin-pumping activities, there are some guiding jobs that allow for a more personalised approach.

Steve Moffat was in his early 20s when he became a self-proclaimed outdoors junky.

After leaving school, he flirted with the idea of working in the industry with a year at Aoraki Polytechnic, studying outdoor education. He then devoted himself to his outdoor hobbies and funded his pursuits with labouring jobs on building sites, apple-picking and the occasional dishwashing stint. A tried-and-true climbing and ski bum, he worked seasonally to fuel his passion, sometimes quitting his job just to take advantage of good weather on the mountain.

Moffat’s transition from ski bum to ski guide came in his mid-20s, when he decided he needed either a qualification or enough experience to turn hobby into career.

He returned for a second year at Aoraki, a move that propelled him into guiding jobs in the Southern Alps, while steadily gaining mountain guiding qualifications. After nearly a decade building skills and doing various training, Moffat earned his International Federation of Mountain Guides Associations certification.

“That’s the beauty of the [outdoor guide] pathway,” he says. “Unlike with a university degree, where you’re there for three, four, or five years, creating a huge student loan; within your first year of guiding you can have paid employment, with no shortage of work.”

He began with Adventure Consultants as a freelance guide a decade ago, eventually stepping into his current role as operations manager. It’s fulfilling, he says, because alpine guiding allows him to work in areas he loves, like the peaks of the Southern Alps.

“Being in that terrain keeps me invigorated, and even if I don’t get out as much for personal trips, getting into the mountains with clients still keeps that passion going.”

He says he doesn’t think that would happen in an education setting, because he likely wouldn’t be able to take students into the ‘complex environments’ that pique his interest.

Moffat says that in education settings, the ratio of students-to-teacher is higher, and the terrain safer. He prefers the opposite; guiding allows Moffat to take small groups into more extreme areas all over the world.

While he’s technically a guide, he doesn’t see his role as limited to guiding.

“As a high guide, you’re always educating anyway,” Moffat says. He says he occasionally takes groups of up to four people on instructional climbing or backcountry ski-touring trips.

But the best thing about being a guide, Moffat says, is being able to work at altitude, an environment he’s always felt passionate about. “You’re essentially being paid to be in the bigger outdoors, doing some pretty wonderful things.”

“I’ve climbed Mt Aspiring 25 times, and it’s been different every single time. It doesn’t feel like a chore.”