A job in the outdoors doesn’t have to be something you do until you find a ‘real’ job. Rewarding career paths exist for those who want a lifetime outside

“My motto is, if you do what you love, you’ll never work a day in your life,” he says.

As an outdoor education programme leader at the Ara Institute of Canterbury, he maintains that his field is one of the most life-enriching disciplines in school.

Nukada was an avid rock climber and skier when he started studying, and earned his degree in economics. “I was good at it, but I didn’t particularly enjoy it,” he says of his studies. He began outdoor instruction in both climbing and skiing to make some money, and then realised it was his calling. “I never planned it really, I just followed my heart.”

Nukada’s ‘big break’ into the outdoor industry was Outward Bound. He did a three-year stint when he was 26, which he says was a good grounding for his skills and set him up for a job at Aoraki Polytechnic. (Earlier this year, Aoraki  merged with Christchurch Polytechnic to become Ara Institute of Canterbury)

Nukada says the job prospects for new grads are promising; for the past several years, 100 per cent of second- and third-year students landed outdoor jobs after completing their studies.

While many of his students say they were inspired to get into outdoor education after an impactful Outward Bound or Hillary Outdoors experience, many head straight to work as guides right out of school.

Students who get a two-year, Level 5 diploma usually get jobs in the adventure tourism industry as sea kayaking, caving, or glacier guides. The two-year certificate gives them skills to look after clients, keep them safe, and give them a fun experience, Nukada says, adding that it’s the most common diploma earned in the field.

The Level 6 diploma is a three-year degree, and students spend a large portion of the extra year teaching the first-year students, with many going on to work as educators.

The Level 7 diploma typically adds another year of study, after which many graduates will go on to work in conservation or sustainability, with some also earning a teaching diploma in order to teach outdoor education at schools. 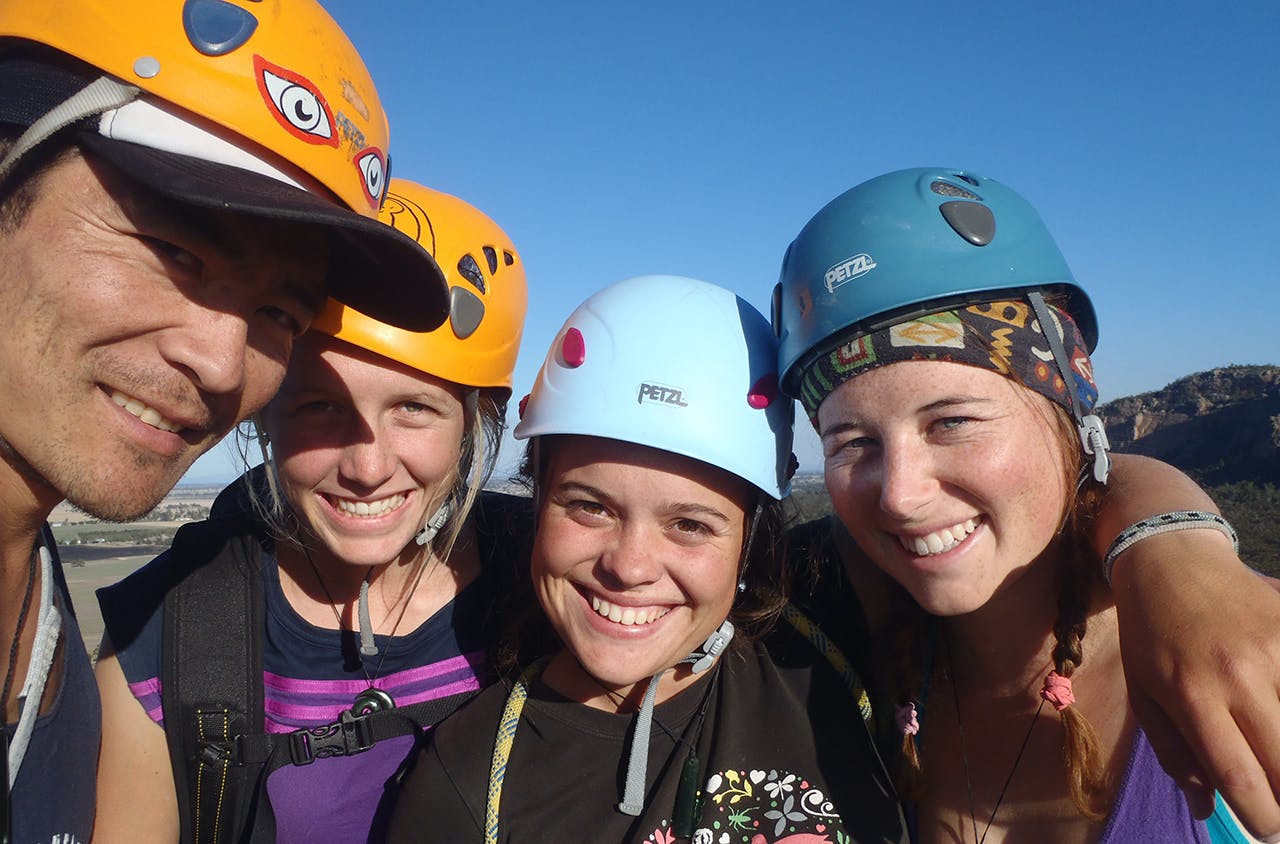 “We try to give people a really broad base of skills so they’re not so specialised that they can’t move around in the industry,” Nukada says.

“I challenge anyone to tell me another subject at school or university that teaches people how to be their best self, how to work with other people, how to look after your environment. We’re the most important subject in that way.”

Whitireia Polytechnic’s outdoor adventure programme sees an even split when it comes to post-grad jobs.

Denise Clements, lead tutor for Whitireia, says half their graduates go into adventure tourism, while the other half typically opt for working in education centres.

Clements has noticed a trend whereby young graduates tend to enter the tourism industry, because it often provides flexibility and travel. They may do this for two-three seasons before moving into an outdoor education role.

“Unless they’re doing a variety of adventure tourism jobs back to back, people can get bored quite easily,” Clements says. “Say you’re cave-guiding at Waitomo, you might only want to do that for two seasons, before you realise you really need to do something else.

“Older, more experienced graduates tend to want to work in education roles which allow them to work with clients for extended periods of time and where the focus is more on personal growth and development, rather than having a short fun experience.”

On top of that, Clements says education jobs tend to be a more long-term and sustainable career choice.

Zak Shaw, an instructor from Tai Poutini Polytechnic, sees the same trend in his recent students; most spend a few seasons as adventure guides and later gravitate to education jobs. But by contrast, he said 80 to 90 per cent of students go into adventure tourism jobs right after their studies. Shaw attributes that to the more hands-on, technical skills training Tai Poutini offers. He says starting an outdoor career in guiding offers a nice transition for those who don’t have much life experience yet.

“The thing that most young people are lacking is just that social skill in communicating and interacting with clients, customer service, and having a personality,” Shaw explains. “The adventure tourism industry gives them those skills fast.”