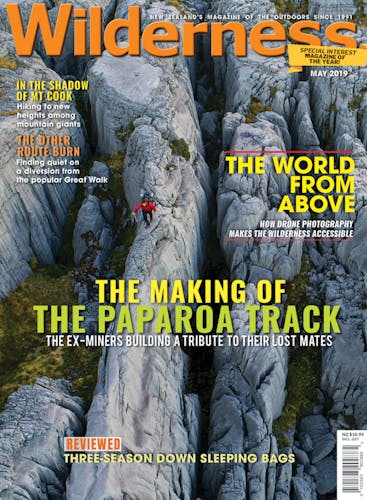 A hike to Te Heuheu promises an exhilarating ridgeline traverse and stunning vistas.

At 2732m above sea level, this remnant of an ancient crater rim is the third highest named peak of Mt Ruapehu. It is arguably the best vantage point of Tongariro National Park, a particularly good spot for admiring the neighbouring Mt Tongariro and Mt Ngauruhoe. Glaciation and weathering have sculpted the peak into a curiously-shaped crumbling geological monument with a rather gentle northern slope leading to a dome-shaped summit that abruptly transitions into a sheer drop of over 100m. In winter, impressive cornices form along the ridgeline.

During the warmer months, the Pinnacle Ridge offers the most direct but somewhat challenging route to the summit. From the Knoll Ridge Café, follow the marker poles of the Skyline Route up the Te Heuheu Valley and onto Pinnacle Ridge. Continue beyond the marked route along the ridgeline to the top. This route is treacherous in icy conditions.

A safer, all-season route starts from the top of Knoll Ridge T-bar. From the T-bar, start the climb by heading south to get above a bluff, then turn left into an east-southeast direction while steadily gaining elevation towards the top of the ridge. In summer, the ascent passes over an energy-sapping scree slope which, conveniently, provides for a quick descent. In winter, the crampon-crunch snow makes the ascent a bit more bearable.