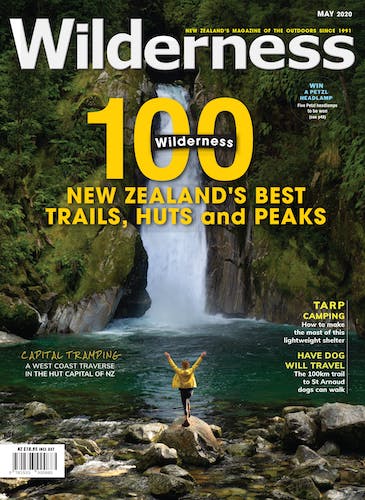 If you’ve been tested on a climb of late, consider the brave kids taking on Wellington’s new adaptive climbing course.

Later that evening, it takes me several minutes to climb a similar route. And unlike Felix, I don’t have cerebral palsy.

“It affects his left side, not that you’d know it looking at him after five weeks climbing,” says his dad, Richard, on belay. “He’s a lot stronger than he was even two weeks ago.”

Volunteer instructor Robyn Maxwell keeps the excited Felix ‘on the ground’ so to speak. “Look for perfect lowering, keep yourself steady and stable, two feet on the wall,” she calls quietly as he abseils down from a third climb.

“It’s really hard to find a sports activity with the support our kids need – the expertise here is something really special,” says Richard.

“I was a surf school instructor and the school developed ‘Surf2Heal’, a programme for kids with autism,” she says. “It was humbling and inspiring to see the response of these kids who often do not get the opportunity to take part in such activities yet were so capable.”

While studying Sports and Exercise Science at university, O’Driscoll did work experience helping people with impaired vision get involved in physical activity.

“It got me thinking about how useful adaptive sports activities can be – and that includes climbing,” she says. “People of all ages, abilities and backgrounds can enjoy these activities and disability needn’t be seen as a barrier to participation.”

Celia found plenty of support to pursue her idea at Fergs.

She was supported by Maxwell, a keen climber and physiotherapist who has long been facilitating adaptive climbing, and Di Drayton, a noted climber who broke her back when she slipped off a rough, cliff-side track while returning from a day of rock climbing. She competed in last year’s Paraclimbing World Championships. Haakon Carruthers, another talented climber who does disability support work in high schools, and Eta Elkington, a colleague at Fergs, also help out.

“Everyone at Fergs has been extremely supportive,” says O’Driscoll. “They respect that this is something to take seriously and have enabled me to make it my focus and collaborate with who I need to.”

“Working weekly is more beneficial than holding a one-off camp that builds the kids up then has no follow through,” she adds.

Since starting last May, 78 kids have joined in and the programme is now outgrowing itself.

“Regardless of what difficulties they live with every day, once they put on a harness and start climbing, they are just a climber. It builds their confidence. It teaches them to believe in themselves, take risks, deal with failures and never give up.

“For their parents to be here and see what their kids are capable of is huge.”

Often it’s hard to do things as a family when one child has a disability, so Fergs encourages parents and siblings to join in at no extra cost.

“Here they are at level-pegging and the siblings are encouraging each other, building relationships,” says O’Driscoll. “And because they are all learning together, they are empowered to keep going on their own.”

Nine year old Moritz Schwind, for example, who has autism and motor planning issues, attends the lessons with his parents Christian and Constanze, and his brother Gustov.

Moritz has become a very good climber, says Constanze. “He can now do something any other kid could do. There are so many sports programmes for typical children but a lot of kids like Moritz are not supported or even welcome. There can also be a lack of understanding of what they need. Here we get that understanding. Celia is really flexible and encouraging and everyone works at their own level.

“For us to be able to do something as a family together is really nice.”

Ocean Farrow climbs with his sister Karearea, who has cerebral palsy. Karearea loves it, says her mum Ria Hodges-Wineera.

“Usually for these kids, it’s just them in a room with the therapist. Being in this environment with the other kids has really built her up, she’s quite shy but before this, she was very, very shy. Since starting we’ve also seen a lot more strength in her right-hand side, which is affected by the cerebral palsy. But mostly it’s the confidence – it’s awesome.”

Meanwhile, 21-year-old Catherine Pot wriggles into her climbing harness and rolls her wheelchair up to the wall. She hasn’t climbed much lately with university science exams taking her time. Her dad is on belay and the two rib each other in jest.

When I ask her name, he answers for her: “It’s Trouble”.

Catherine rolls her eyes, reaches for a hold, her strong shoulders tense, and up she goes, looking like any other climber on the wall tonight even if she is paralysed from the ribs down, since a spinal injury put her into a wheelchair for life.

Later, she explains how she likes to climb on a tight rope because she can’t sit and relax on her legs. Her belaying dad understands this. “My right leg acts as a prop,” Catherine says. “It’s used as an anchor so I can use my left leg. I do have some movement, and the climbing is actually improving my leg strength and control. My physio is so pleased.”

O’Driscoll says she’s never met anyone with as much determination as Catherine. “She can do five climbs of the 12-metre wall in a night. She used to go up solely on her arm strength and after three terms she’s starting to use her legs.”

For Catherine, the camaraderie and fun of her weekly climbing sessions are the highlights. “Everyone is so lovely and supportive,” she says. “Haakon came up with some climbs for me that I had no idea I could do.”

The night I visited, that lovely, supportive vibe extended also to me. I was encouraged to climb so that I could take photos from above, looking down, not up to everyone’s backsides. Celia handed me a harness and Di belayed me as I climbed beside Catherine and asked her to pause and smile for the camera, then immediately apologised because I realised that’s so much easier said than done for her. No worries, she paused, looked up, and gave a huge smile.

Meanwhile, O’Driscoll has recently moved to her dream job – working with the Halberg Disability Sport Foundation. She plans to continue her involvement with her courageous adaptive climbing friends.