It was a case of ‘car park cuisine’ by headtorch as we arrived at the Harwoods Hole car park in the rapidly falling dusk. We’d driven from Picton, dropped one car off in Marahau at the other end of the track and bounced our way up the 10km-long Caanan Downs Road.

I was glad to finally switch off the engine and step out into a blessedly quiet night. Stars twinkled faintly through a light drizzle and although there were three other tents set up, a camper van and a car, all I heard was silence punctuated occasionally by the call of a ruru far away. Not wanting to create a disturbance ourselves and being slightly weary from all the driving, we quickly heated up and ate our pre-cooked curry with rice noodles and hit the sack.

The drizzle had evaporated by the time we set out in the morning. Nothing could dampen my spirits anyway on this track, one of my favourite short hikes in the Tasman area. We were bound for Marahau on the Inland Track, staying the night at Castle Rocks Hut.

Coming from the Harwood Hole side, the track climbs steadily to the Moa Peak saddle and then plateaus out to the Castle Rocks Hut with incredible views of Tasman Bay, Golden Bay, d’Urville Island and Marahau itself. I also like it for the fact that it’s not a popular walk. Tourists seem to prefer the golden sands of the Able Tasman National Park and admittedly, from the Marahau end, it’s a steep climb.

In fact, one time walking it alone, the only other living creatures I encountered was a family of pigs up on the tops. Neither the pigs nor I anticipated the meeting but it was a noisy retreat for them and a heart pounding moment for me as they thundered off into the bush all around me.

On this perfectly hot day, my friend and I came across only one person on our way to Castle Rocks. A day tripper carrying only a camera case and a hydration pack caught us huffing a bit as we sweated our way over the boot-snaring roots of trees at the line between farmland and bush. Looking back towards Mt Arthur, the scene is enhanced by the spectacular sculpture gallery of limestone outcrops weathered by wind and water. It was a good place to test out one of my homemade gluten free muesli bars on my fellow tramper. She was suitably impressed so we downed a few more to lighten the load and liven the step.

About a year ago, I decided to try a gluten free diet to see if the stomach pains and nausea I had been experiencing would abate with the absence of gluten. (Gluten grains include oats, wheat, barley and rye). It worked, thank goodness. This was my first tramp without pita bread, two minute noodles and cup-a-soup. Of course, rice would provide the base for my evening meal and a breakfast of rice pudding with raisins and dried apple sounds almost decadent in hard core tramping circles. But how could I replace the items needed to give me energy?

Being the sort of person who likes to make things herself, I researched and experimented with recipes and came up with three scrumptious replacements for the gluten-heavy foods I used to carry. I am happy to say that during this initial ‘trial run’, these three provided me with plenty of tasty nutrition for the tramp and I would recommend them to anyone wanting gluten free alternatives. We munched down birdseed bars atop a gigantic boulder overlooking the outgoing tide on the Marahau side, and snacked on cheese crackers and camembert upon arrival at the hut, all gluten free of course.

Energised once again by our gluten free snacks, we continued on to Marahau where a very welcome swim in the river awaited.

Cream butter and sugar and mix in the egg. Add all other ingredients, mix well and press into a medium sized oven tray. Bake for 15-25min at 180°C. Cut into bars while still warm. 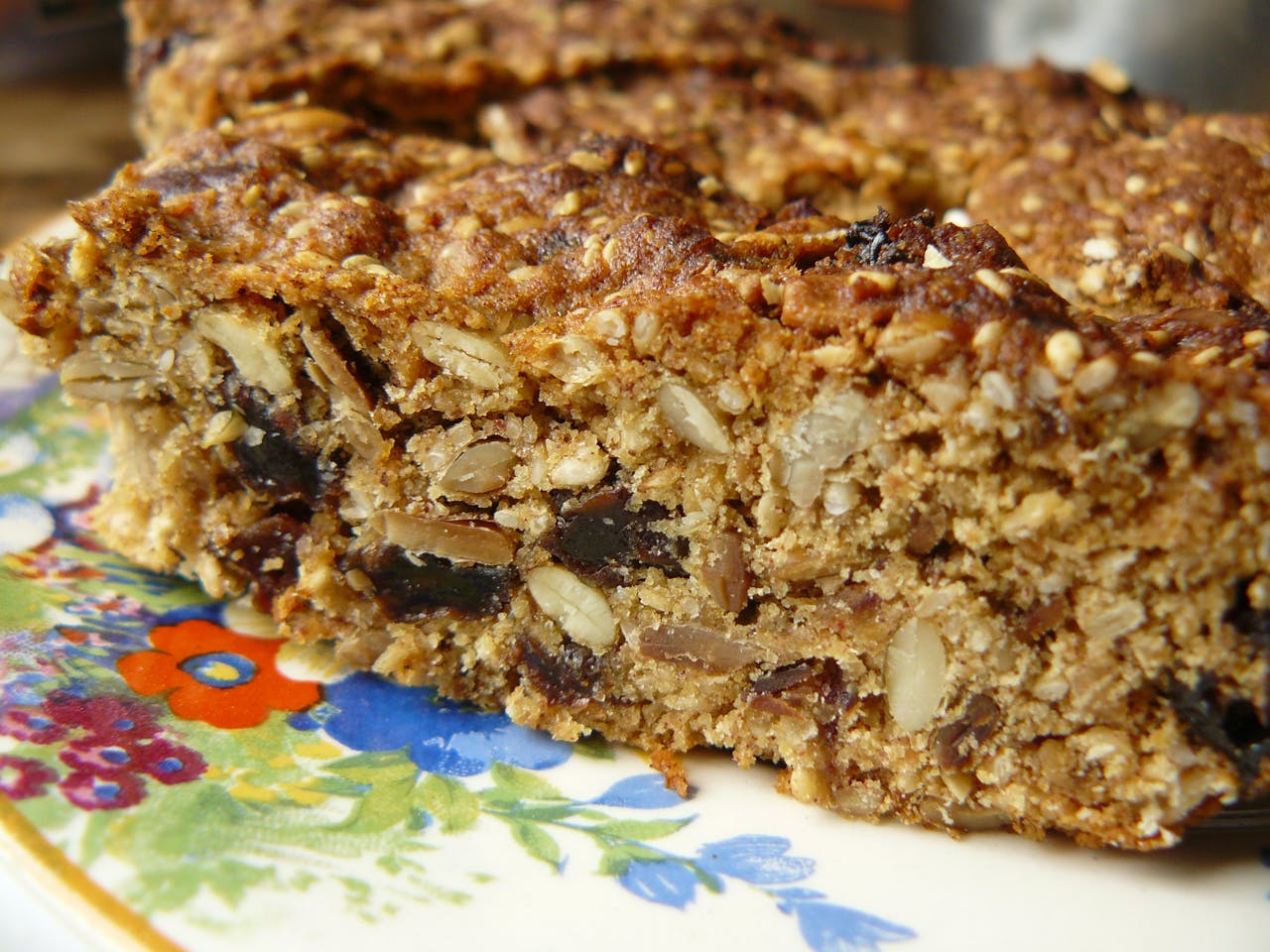 Put aside to cool. 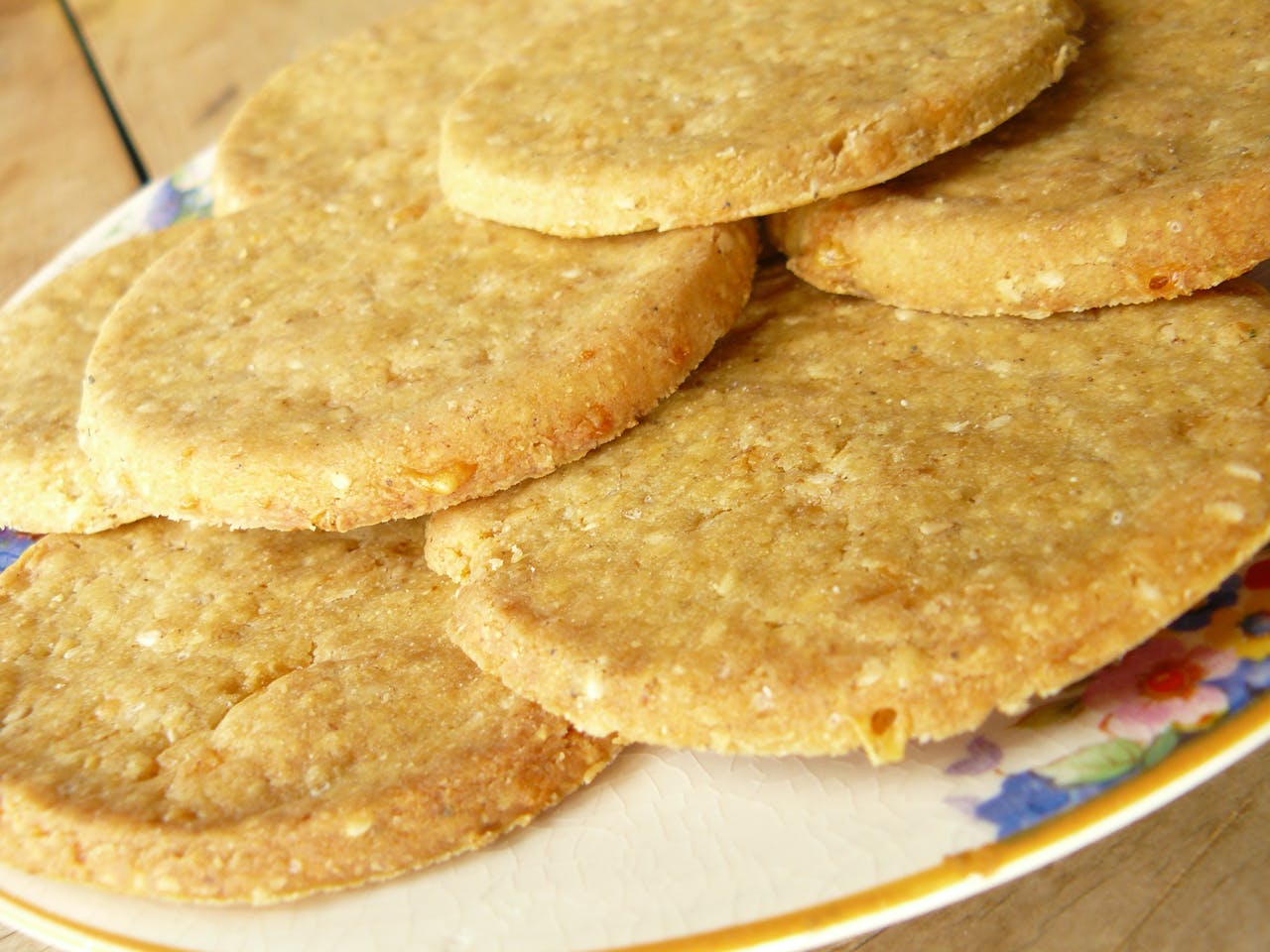 Put dry ingredients in a bowl and rub in butter. Add cheese and roasted sesame seeds. Add milk or water and mix well until you have a good kneading dough. Roll out carefully on a floured surface. Cut dough into your preferred shapes and bake on an ungreased tray at 180°C for 10-12min until brown.