Access
At Waikari on the Lewis Pass Highway, take the turn-off to Hawarden and then the Horsley Down and Lake Sumner Roads to Lake Taylor. 4WDs can continue from here to the car park and locked gate west of Loch Katrine

A night at Number 3

Tops tramping is nearly always a goal of my trips, and on this one we planned to access the high tops south of MacKenzie Hut and follow these over to the Hurunui River flats, a reasonable option considering the time we had.

We used a 4WD to gain access to the Hurunui Valley, as far as Loch Katrine, before loading our packs and striding off up the flats. The weather was marginal to say the least, which was partly why we had come to this easy valley with its many huts and swingbridge access over the river.

On the western flanks of The Divide, it hadn’t looked good at all, but in the Hurunui we felt we had a fair chance of completing our round trip.

By late afternoon, the weather had closed in and steady rain was falling. It was cool and damp, and the first hut we planned to reach still seemed a long way off. Fortunately, the Mackenzie Stream Route, which follows a tributary of the Hurunui, is reasonable going and the river low enough for us to scamper along the bed in places where the track descends off the hill.

We reached Mackenzie Hut, our hoped for jump-off point for the tops. We lit the fire and got dinner on while we mused over the weather. It was not a promising spectacle out the window. Bands of rain swept the opposite hillside, while inside the hut, we read of visits by recent trampers who had the river rise far enough to flood the floor of the hut. The next day revealed the tops clagged in amid misty rain, and three disappointed trampers turning tail back down river to the Hurunui Valley. 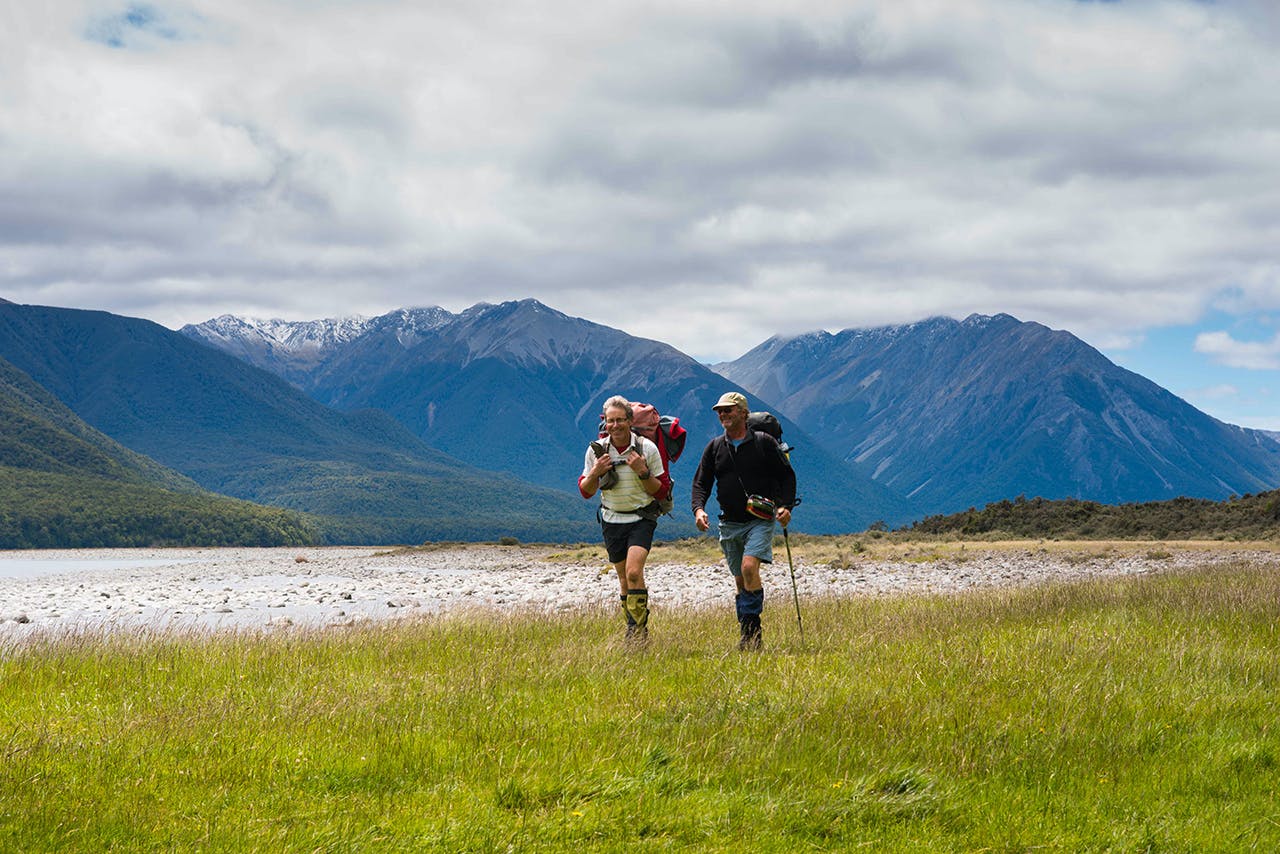 We had another plan though. A visit to Hurunui No 3 Hut, one of two surviving shelters (Locke Stream Hut No 4, is the other) of a series of five huts constructed here in 1939 to facilitate a tourist walk over Harper Pass to the Taramakau Valley and out to Otira.

It had been many years since I was last in this part of the valley, and back then there were still four of the original five huts present, so I was keen to revisit this relic and spend another night in the valley.

Mike and Tim were keen too, especially when they heard about the nearby hot pools which this part of the Hurunui River is known for. Another bonus is the lack of sandflies and the minor improvement in the weather – no rain and warm temperatures.

We retraced our steps out of the Mackenzie Stream and then walked along the Harper Pass Track. Hurunui No 3 Hut appeared suddenly along a corridor of manuka, beyond some grassy flats. It’s a substantial two-roomed building with wood panelled walls, lots of bunks, plenty of space, and an air of distinction.

Its gabled ends make it notable too, and it’s in a wonderful location below thick forested hillsides from where the roar of a voluminous hidden waterfall wafted in on the wind.

We made good use of our time here, journeying to the far side of the valley to see the waterfall and soaking up that historic No 3 setting. 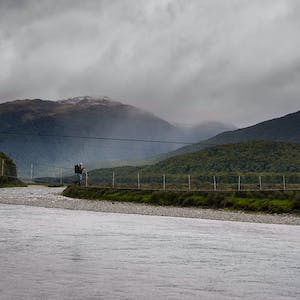 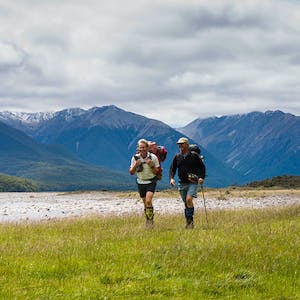 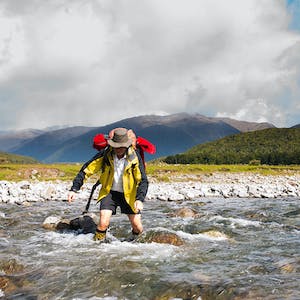 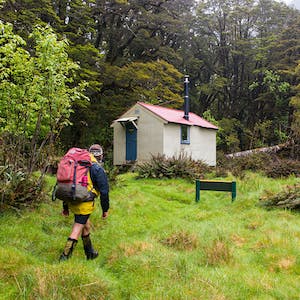 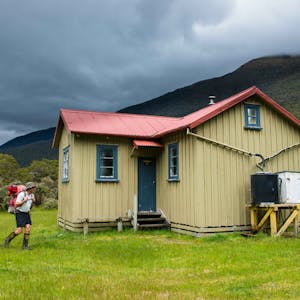 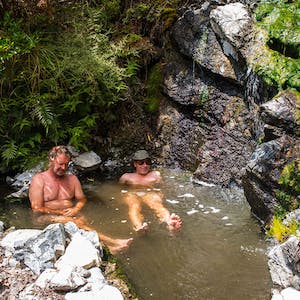