There is always added value or unforeseen reward when you hike a track that comprises part of the Te Araroa Trail. The Whananaki Walkway connecting the picturesque settlement of Whananaki with the scenic beach of Sandy Bay is such a case.

The Whananaki Walkway connects the picturesque settlement of Whananaki with the scenic beach of Sandy BayThe reward is situated at the beginning of the walkway, where the longest footbridge in the Southern Hemisphere links the estuary between the northern and southern section of the village. The unique structure of wooden piles was built in 1947 in order to enable children to travel to the local school. The bridge has an estimated length of 395m.

Once across the bridge, it’s a left turn to follow the edge of the estuary. The track goes around minor settlements before ending at a spit from where it takes a southerly direction towards Pukekawa Road. In the event of high tide an inland shortcut leads to this site. Then a cart track fringes the coastline until it reaches Pitokuku Point. A brief stop at a small historic cemetery, which had undergone significant preservation work, is a worthy diversion.

After passing Pitokuku Point, a steep grassy pathway, beyond a couple of holiday chalets, leads up a gentle slope to a stile, and onto a well-kept farm driveway hemmed by pohutukawa trees. Along here, there are magnificent ocean views topped by the Poor Knights Islands on the horizon. The trail descends around landscaped bush and then enters a vast green rolling upland. There is another range of superb lookouts along the path that winds halfway through the hills and provides excellent photo opportunities. I enjoyed the contemplative atmosphere of the space as I approached the gate of Sandy Bay on McAuslin Road.

Sandy Bay is probably the most popular surf beach along the Tutukaka Coast. It can be a perfect spot for a lunch break or a stroll along its idyllic nooks. I explored the easternmost cape where bizarrely wrinkled sandstone formations are exposed by the tide.

I returned to Whananaki by the same route and enhanced my trip with a detour to the Captain Bougainville Monument. A marked side track leads through a lush pine forest. It’s quite steep but is worth the climb because of an impressive view over Oruaea Bay and the surrounding shoreline.

The memorial itself includes a granite pillar and is a reminder of the tragic sinking of a cargo ship which was carrying meat and dairy products from Auckland to Sydney, Port Moresby and the Solomon Islands. On September 3, 1975, during a storm with a 12m swell, a fire broke out in the engine room directly below the lifeboats. The ship went down and the disaster claimed 16 lives.

From the memorial, a short unformed track goes to the beach, and, at this time on my trip, it was low tide, so I could reach Whananaki via the coastline. The final walk, on the pale pink and ash-coloured beach, surrounded by looming rocks and miniature bays, will stick in your memory for a long time. 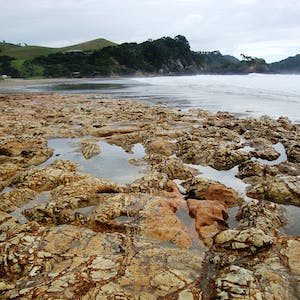 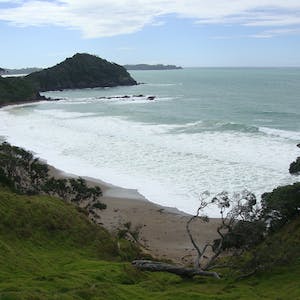 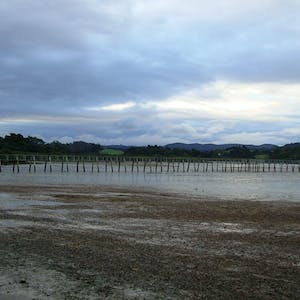 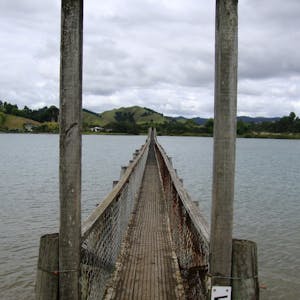