A quick trip to the tops

If you have only one day to get a taste of the big skies and endless peaks of Nelson Lakes National Park, this out-and-back trip to the tops of the St Arnaud Range is a must.

Setting out from the picturesque Lake Rotoiti campground next to St Arnaud village, the track passes through a lush forest canopy, steadily climbing through red beech, broadleaf, and putaputawēta.

While the grade is relatively moderate, it’s a long upward journey through the forest before there are any views of the valley below.

It was a fine spring day, which meant we passed several other day hikers on our walk up. St Arnaud is just an hour’s drive from Nelson, which makes this a perfect tramp to get a bit of exercise, rewarding hikers with views that will make you forget the burn in your glutes. 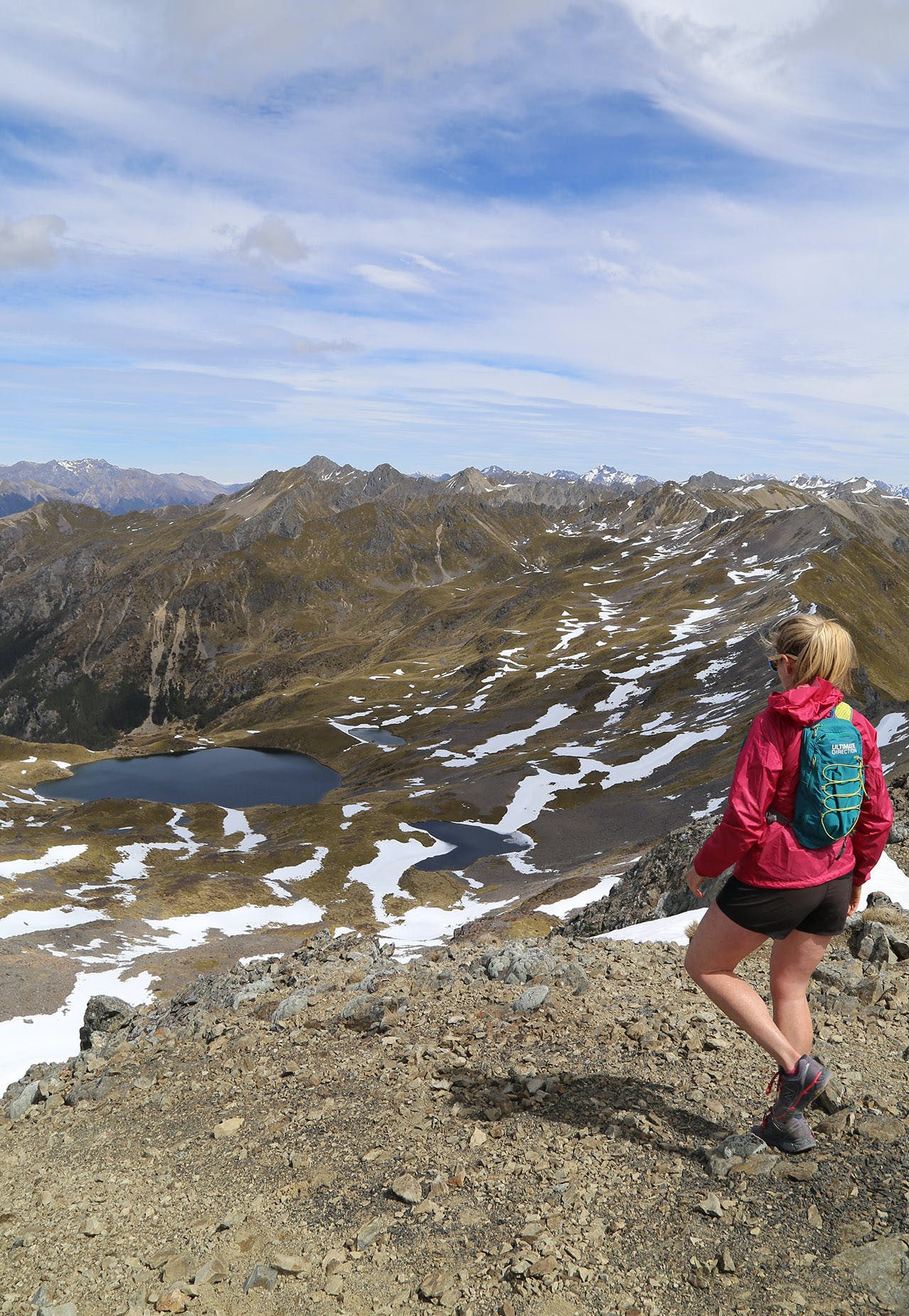 Tarns just below the crest of the St Arnaud Range. Photo: Meghan Walker

The beech trees become gradually shorter the higher you go, and the first glimpse of the lake below reveals how much height you’ve gained. Emerging from the treeline, the track sidles up to Parachute Rocks (1400m), named for a parachute-shaped gravel scree located to the north. Several trampers had opted for a lunch break on the rocks, which provide stunning views of the lake and valley.

The track climbs another 200m to the crest of the St Arnaud Range, through tussock and some crumbling scree. The views from the tops are breathtaking, with Robert Ridge and the rest of Nelson Lakes to the south, the Wairau Valley and Raglan Range to the east, Mt Richmond Forest Park to the north, and Kahurangi National Park to the west.

Several small tarns dot the eastern slopes of the range before it drops sharply to the Wairau River.

The ridgeline track carries on for another few hundred metres and is narrow in places. It could provide some boulder-climbing for adventurous souls.

It’s a quick but knee-challenging descent back to the lakeside parking lot, with Lake Rotoiti providing the perfect footbath after a sweaty but satisfying jaunt up and down the range. 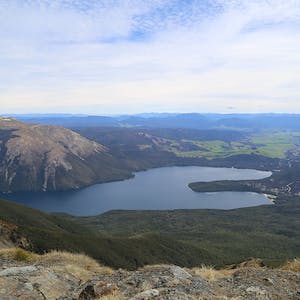 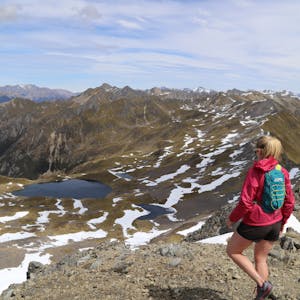 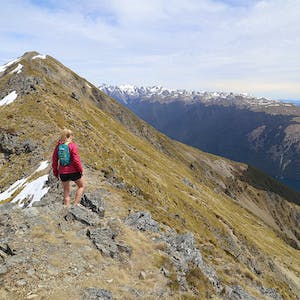 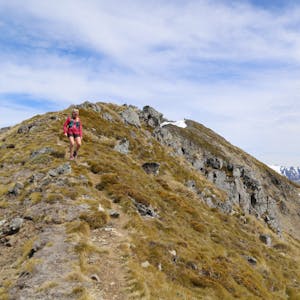