Look east from the City of Sails over the sparkling Hauraki Gulf and you’ll glimpse Auckland’s best-loved holiday destination, the Coromandel Peninsula.

The long, humped, misty blue line of the Coromandel Range may seem unprepossessing at a distance, but to many outdoor lovers it signifies red-letter days in the sun, coastal views to die for and balmy evenings around the barbecue.

A most appealing feature of the peninsula is the stark difference between the steep west coast hills plunging into the winding coast road ablaze with pohutukawa blossom in summer and the sweeping east coast with its white sand beaches, hidden coves and sheltered harbours.

Arriving in Coromandel town, it takes no time at all to feel in holiday mode, adapting to the village atmosphere with its overarching sense of history. Once a rugged frontier town with 19 hotels, Coromandel is now seen as a peaceful haven that maintains Old World values of courtesy and friendship. It’s a quiet town of 1800 residents, with an unhurried atmosphere.

On the town’s main intersection a distinctive lamppost with multiple directional signs immediately catches the eye, enticing visitors to explore a host of interesting places such as Colville, Port Jackson and Port Charles. All of these isolated places are well worth a visit. It was through the arrival of HMS Coromandel in 1820, that the peninsula gained its name. The first kauris loaded were destined to form spars for the British navy. Later, shipments were used to build the commercial centres of San Francisco, Melbourne and Auckland. Today just 13 per cent of the ancient kauri forest remains. 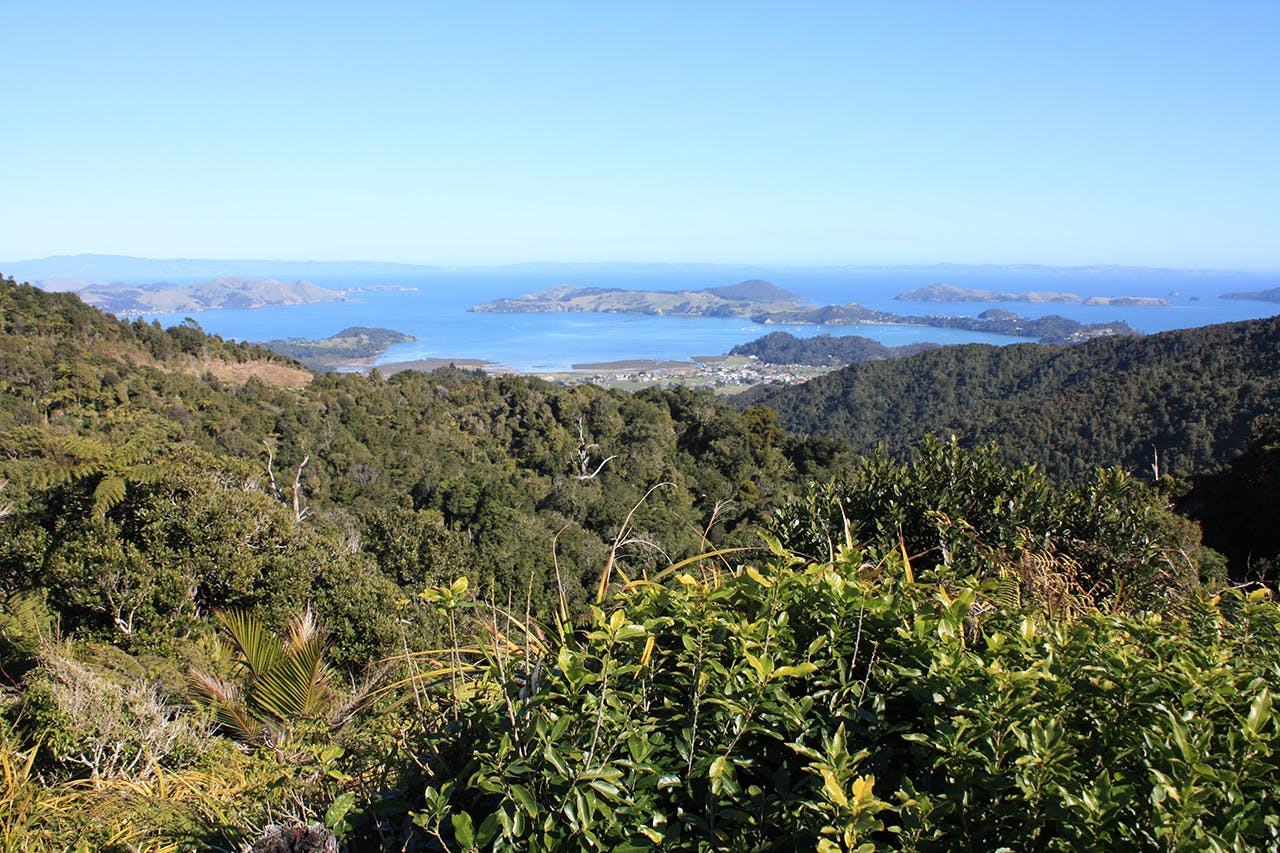 New Zealand’s first discovery of payable gold was made in Coromandel by Charles Ring in 1852. This was an exciting milestone for the young colony but it ensured that the denuded hills would remain bare well into the 20th century. Thankfully, forest regeneration is now well advanced and many valleys and ridges are lush and green.

The town is becoming well known as a popular spot on the tourist circuit for its cafes and heritage buildings, but its fame as a seafood centre is spreading. Green-lip mussel and Pacific oyster farming keep a dozen harvesting barges busy as the town supplies seafood to the world.

Walks and tracks of the 309 Road

The 309 Road 4km south of Coromandel town has numerous walking opportunities. The picturesque Waiau Falls Scenic Reserve, which is easy to access beside the road, offers a refreshing dip in a pristine plunge pool within a beautiful ferny glade.

The Waiau Summit Track branches off the Kauri Grove Walk and follows the overgrown remnants of an old coach road to the ridgeline and the top of the 309 Road at Mahikarau, where you can walk back down to the car park. Allow 2-3hr as the moderate grade track is not well maintained.

For more adventurous trampers, Castle Rock is a steep, hand-over-hand ascent of a 521m eroded volcano that soars above the bush-clad backbone of the peninsula like the bulwarks of a medieval castle. From the top, there are stunning panoramas from coast to coast. The rock is reached via a 2km forestry road, which turns off the 309 Road. Allow one hour for the climb and 30 minutes for the descent, which can be a muddy scramble after rain. Access may be restricted if logging operations are in progress. 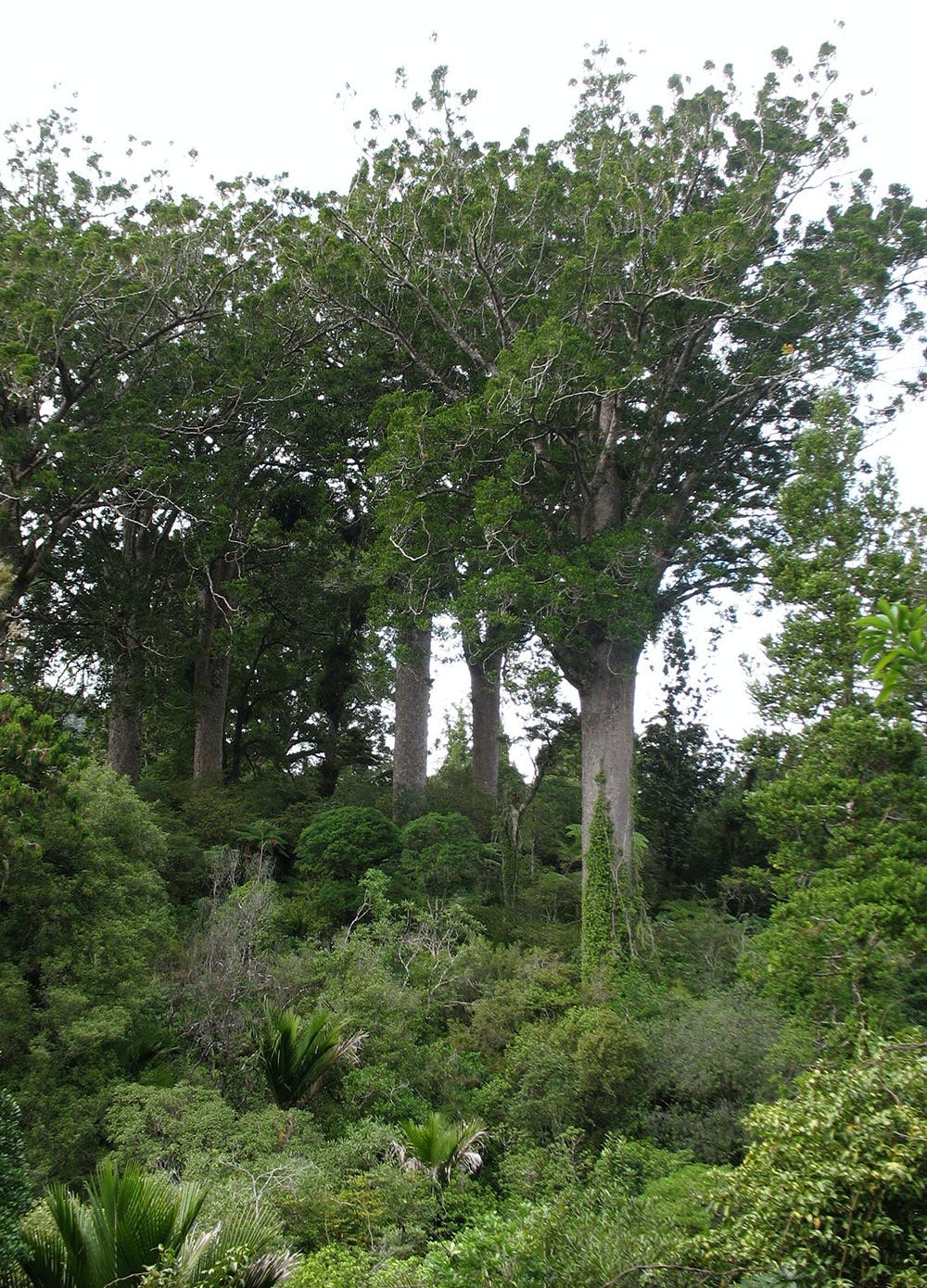 The Kauri Grove has some fine specimens. Photo: Paul Rush

Long Bay Scenic Reserve offers a delightful one-hour stroll through native bush to view a large-girth kauri and a grove of young trees on the Long Bay Kauri Track. Glimpses of piping bellbirds and chuckling fantails are common.

Return via the valley road or the Tucks Bay Track, which skirts the coast. This track sees the stands of manuka, kanuka, taraire and kauri give way to hangehange, red matipo, kowhai, pohutukawa and puriri trees.

The Harray Track is a 70-minute ramble in manuka, native bush and pines skirting the golf course just north of town. It undulates under a canopy of bush to emerge at Harbour View Road on McGregor Bay.

At the end of the track, the one-hour return Kauri Block Walk begins, climbing on an easy grade to a magnificent lookout with a 360-degree panorama over the town and harbour.

Where Rings Road meets Main Street, just north of town next to the old colonial hospital, the Success Track starts its zigzag ascent of the imposing range that forms a backdrop to Coromandel town. Allow at least one hour for this climb through wilding pine to reach the midpoint of the Kaipawa Track.

This ridge-top route runs from opposite Tokatea Lookout at the summit of the Kennedy Bay Road to the high point Kaipawa and then leads to the summit of the Whangapoua Road. This track is an interesting 3-4 hour traverse through mixed broadleaf forest and requires a car shuttle to facilitate the return to town.

Tokatea was the richest of the gold reefs around town and was worked from 1868 to 1914. A hotel stood on the summit with a cool store that can be found behind vegetation on the cliff face. The Lucas Lookout is 10 minute’s walk above the hotel site and hidden mineshafts lurk in the bush on a sidle track beneath the lookout.

At the bottom of the Success Track is a pretty offshoot called the Taumatawahine Track, a 25-minute bush walk following a 600m semicircular path back to Rings Road, a little nearer to town.