A proposal to build a high-end eco-lodge in Fiordland National Park risks setting a precedent that could see more public land privatised, according to Federated Mountain Clubs (FMC).

Tourism company Path NZ has lodged an application for a 30-year concession to build and operate accommodation on Milford Road, between Knobs Flat and Cascade Creek, in the Eglinton Valley. The site is within the Te Wahipounamu World Heritage Area and close to the start of the Dore Pass track, which leads to the Milford Track.

The company’s application said it would cater for 40 guests in 20 private rooms, eight staff, and would include six buildings and parking for 30 cars.

Path NZ said the accommodation would cost $300 per person a night, and would be aimed at tourists “with high disposable incomes who don’t have the time to do a longer tramp and may want private rooms and facilities”.

It said there was a lack of accommodation near Milford Sound and the proposal would help alleviate congestion on Milford Road. Last year, 810,000 people visited Milford Sound – mostly day-trippers.
“While Fiordland provides for day walkers and trampers doing a two or three night hike, we see an opportunity to provide an overnight wilderness experience within the conservation estate for those wanting something more than a day walk but less than a [multi-day] tramp.” 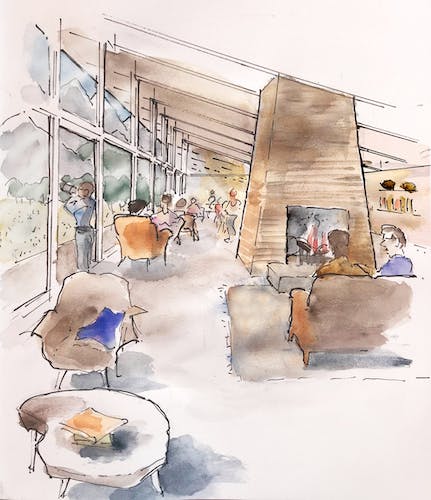 The lodge wouldn’t be visible from the road and guests would walk a 500m track to the facility. The application said the area had already ‘been subject to extensive modification’ as it had been grazed until 1999.
Both FMC and Forest and Bird opposed the project. Forest and Bird said it was ‘appropriating public land for private benefit and preventing public access to parts of the conservation estate’. FMC was concerned it would set a precedent that could result in more public land privatised for private profit.

However, Path’s submission argued that existing DOC and NZ Alpine Club huts in the national park could be considered private huts, as people had to pay a fee to stay. It believed the proposal would be allowed under the national park management plan as it was classed as a frontcountry area, which permitted infrastructure, and private facilities in certain circumstances.

“The establishment of the facilities would be for public use, not private, albeit guests would have to book and pay to use the facilities,” the application said.

FMC president Peter Wilson said it was a highly inappropriate site for development.

“It’s purely commercial opportunism, dressed up in a way that appeals to planners,” Wilson said.

“About 20 minutes drive down the road they can buy freehold land. If we don’t set clear rules and boundaries, tourism will keep on taking. If the public want to protect Fiordland, they have to make their voices heard.”

The application has been fully notified and submissions close July 20. A hearing is expected to be held on August 6.