Nearly a million people are exploring New Zealand’s busiest tramping spots each year as more people head to our national parks than ever before.

Visitors to the Hooker Track in Aoraki/Mt Cook National Park increased by 35 per cent in the year to March and the number visiting the park is estimated to be 945,000 – a  17.5 per cent increase.

Milford Sound followed closely behind. The site has been growing at nine per cent a year and hit 810,000 visitors, with 4500 people on the busiest days.

Franz Josef Glacier has had similar growth, with 750,000 visiting in the year to March, with 6000 visitors a day at peak times with a 30-minute queue for a car park.

Roys Peak, near Wanaka, saw a 27 per cent increase, with more than 75,000 people visiting, resulting in queues for photos at the now famous rock overlooking Lake Wanaka. The Tongariro Alpine Crossing grew at 10 per cent, reaching 130,000 walkers a year.

All of the walks feature in DOC’s Short Walks and Day Hikes promotion, launched last year.

Meanwhile, visitors to Cathedral Cove in Coromandel was down 11 per cent. The walk attracts more than 250,000 people a year and DOC is at a loss to explain the drop, which comes after years of significant growth.

The numbers on the Great Walks was also flat, with a growth rate of one per cent overall – the Rakiura Great Walk bucking the trend, growing at eight per cent in the year.

The record growth comes as more Kiwis and tourists are visiting national parks than ever before. An estimated 3.9 million, or 80 per cent of New Zealanders visit public conservation land and water at least once a year. In addition, a record 1.75 million, or 52 per cent of all international tourists visited a national park last year, an increase of five per cent.

The number of annual international visitors is expected to reach five million by 2024. 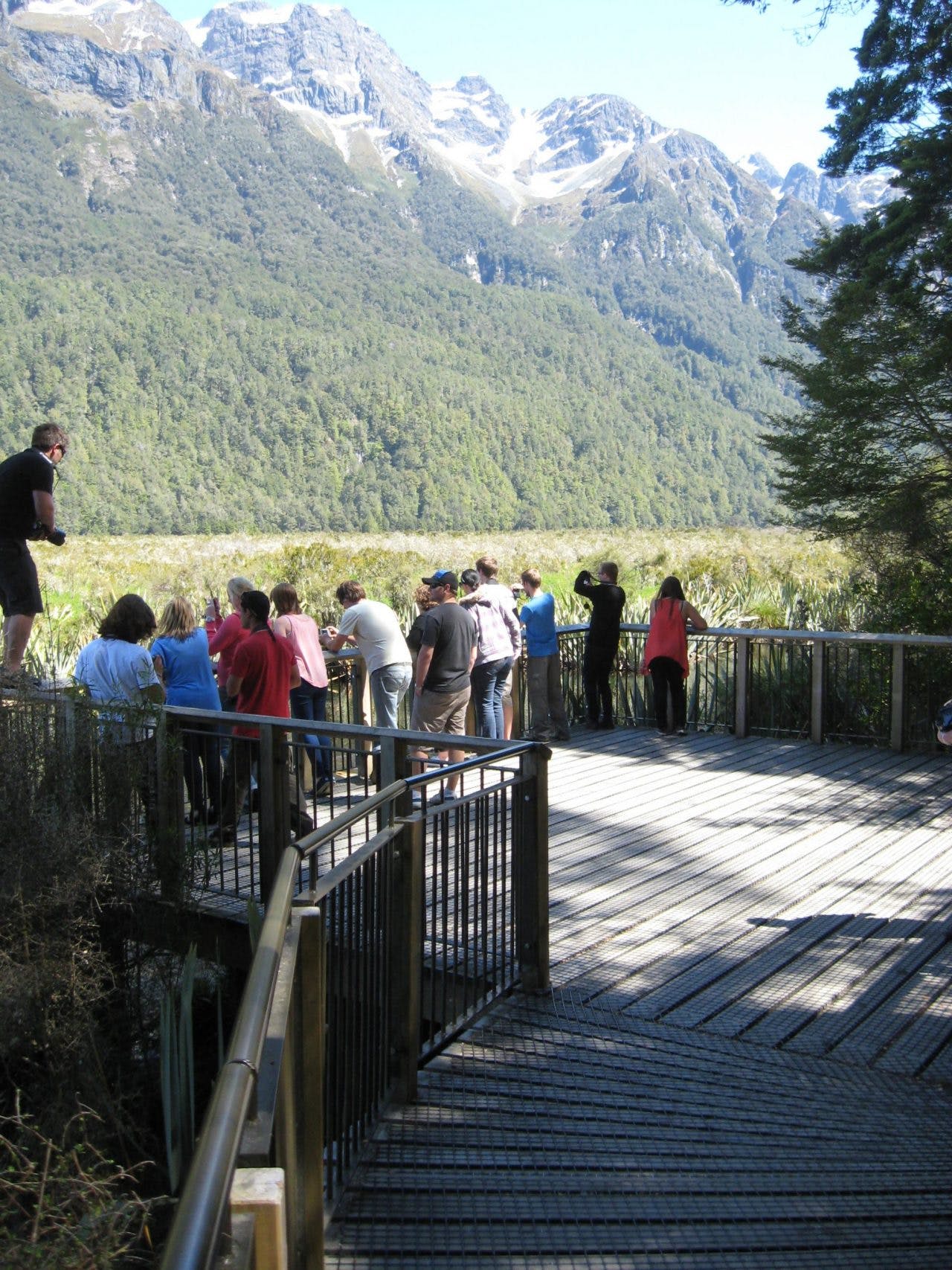 DOC director general Lou Sanson said the influence social media had on attracting tourists made it challenging to respond to visitor demand, which could swell at short notice, sometimes with tragic consequences.

“Three international visitors have sadly been killed on Gertrude Saddle in Fiordland over the past three years,” Sanson said. “Social media has been a strong influence in encouraging people to this site who may not have the experience or skills to tackle this terrain and changeable alpine conditions.”

Responding to the growth, DOC had planned for more than 50,000 extra staff hours over the summer season, increasing on-site interpretation, cleaning toilets and maintaining tracks. “Rangers also ensured those using our campsites and huts paid their fees and checked tourism operators had the appropriate concessions for their activities,” Sanson said.

In February and March, the Department undertook two targeted operations on the Milford Road and found 30 per cent of the 585 vehicles checked had compliance issues, ranging from not displaying a valid concession card to not having a concession at all.

“These issues are currently being followed up and this compliance work is a top priority,” Sanson said.

The 2018 budget included an extra $5.5 million over four years to manage the impact of more visitors to public conservation land.