Microspikes to the rescue

In January 2012 I walked the Three Passes from Lake Kaniere to Arthur’s Pass. I’d taken my boots for a spin the prior weekend and noticed a little looseness of the sole at the rear, but had not thought much of it.

I should have taken the warning more seriously! About half an hour up the Styx River, first the right and then the left boot started to comprehensively lose their soles. Before long, both soles were attached only by a thin strip at the front of the boot.

I was contemplating whether it was safe to continue when I remembered I’d brought with me some Kahtoola microspikes as a compromise between carrying crampons in the middle of summer and walking over the permanent snow of the Whitehorn Pass in just boots.
I looked a bit odd walking for four days with metal spikes attached to the soles of my boots, but they held the soles against the boot perfectly and were surprisingly good on most surfaces – they handled mud, tree roots, scree, river beds, and snow with aplomb. They only felt a little skittery on bare rock.

The trip was a great success. 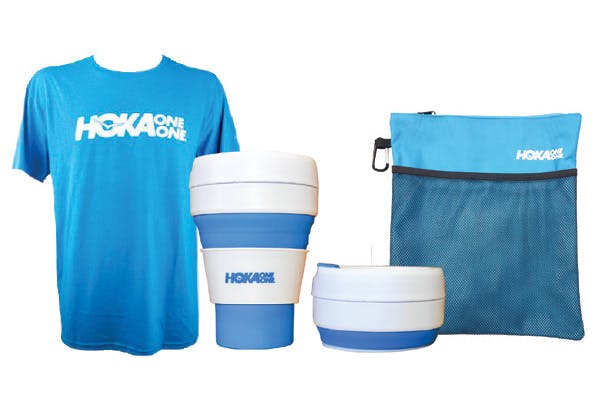 – John receives a Hoka One One prize pack worth $125 from www.hokaoneone.co.nz. The pack includes a training tee, pocket cup and wet/dry bag. Readers, send your letter to editor@lifestylepublishing.co.nz for a chance to win.

Well and truly broken in

The ‘Broken in’ feature of well-used gear reminded me of my water bottle which I have had for more than 20 years.

On a Rees-Dart tramp back in 2008, my friend and I went over the Rees Saddle in harsh weather and when I arrived at Dart Hut I realised I had lost my bottle. I walked the track for a good half hour looking for it, but without success. When I returned to the hut, I wrote a message in the hut book, with my cell number, asking if anyone found it to text me.

When we finished the tramp seven days later (we connected the Dart with the Routeburn), I switched on my phone and found a text message waiting for me. Someone had found my bottle on the saddle! He kindly sent it to me.
Now, I never head into the bush without my drink bottle and I make super sure I don’t lose it. 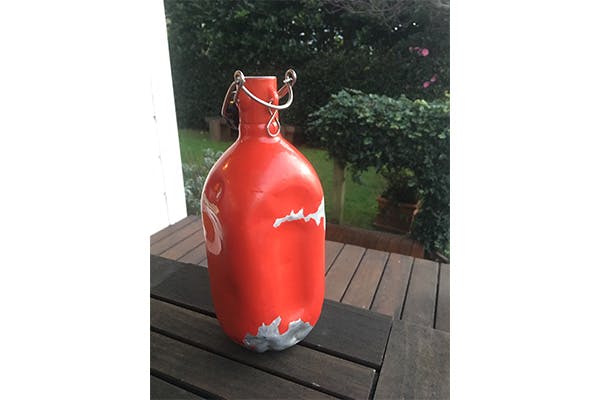 Hypothermia treatment has been studied in depth by US and Canadian universities and many others. It is a remarkable fact that many body-to-body warming trials have been carried out on people in the various stages of hypothermia. To add to the advice expressed in recent issues of Wilderness these tests show that while waiting for rescue in the backcountry, with few resources available, then even one warm person added into a sleeping bag with a hypothermic patient is normally beneficial.

Hospitals or properly equipped medical staff do of course provide much better treatment.

– As our original article noted, body-to-body warming of a hypothermic patient may make them feel better, but it will not help them recover. Hypothermic patients need urgent medical care. – AH

Like your correspondent Tom Perkins, I was intrigued by the ‘300 bodies required to warm a hypothermic person’ claim and am now somewhat more enlightened by Dr Zachau’s response in the same issue.

I know this is a very serious subject but cannot stop myself suggesting that having my menopausal partner with me, whilst tramping, could well save me from a frozen demise! I only need to cuddle her for a few seconds and she turns into a roaring furnace from which I hastily retreat.

Not fit for purpose

I have had two sets of boots with delaminating soles in recent years. The first pair were only a couple of years old and regularly used. The second had been in storage during some time overseas.

The first pair were repaired, this was nothing short of useless with the midsole starting to separate after the first river crossing. They were replaced by the shop and within another three years, they too failed.

On return to the shop, a manager said it was typical for boots to delaminate in about five years. He suggested I try another wide fit brand and hope these last longer.

I personally do not think these boots are ‘fit for purpose’ or environmentally sustainable and we should stand as a group of readers against this sort of waste and cost.

In the article ‘2019’s guide to headlamps’, you used the correct nomenclature when mentioning ingress protection (IP) ratings but numerous times you talked erroneously about IPX ratings.

As was correctly detailed, an IP rating takes the form of the letters ‘IP’ followed by, usually, two numbers. An exception to this is when one test is not performed and then an ‘X’ is used instead of a number.

The headlamp has an IP rating, it does not have an IPX rating.

Apparently, it is becoming more common for manufacturers not to test for dust ingress, perhaps because most users don’t really mind their headlamp getting a little dusty (and no doubt of course due to the cost of testing).

However, trampers do care about water getting into their torches which is why you don’t see outdoor torches with IPXX ratings.

The editorial letter and the article ‘Microfibres, macro problems’ both in the July 2019 issue beg more questions than answers.

In the current global environment of protecting and enhancing everything for future generations, the articles did not give just credence to the use of merino wool. I am a merino wool producer and wear wool next to my skin 365 days of the year. Wool is one of the most wonderful fibres in this world, grows 24/7, is biodegradable, fire-resistant, warm when wet, has cooling properties in the summer – the list goes on.

The small extra cost of woollen garments is more than offset by the complete absence of any environmental pollution issues.