After publishing the story ‘Boots best before date’ in July, we asked readers for their experiences of boot failure and received dozens of replies. Who knew a flapping sole was so common?

Which brands are affected?

We’ve removed mention of any brands in these anecdotal accounts to ensure fairness to all boot manufacturers. But based on the correspondence we’ve received, it seems sole delamination is widespread.

A miraculous find
At the summit of Mt Urchin, during a four-day tramp in the Kaimanawas, the sole of my friend’s left boot began flapping like a demented pukeko. Tape was deployed and we continued to our Waipakihi River campsite.

But on the following day’s walk up the river to Waipakihi Hut, the boot disintegrated. Using a pocket knife to punch holes, my mate tried to stitch the sole back on with twine. But the knife closed shut on his finger, leaving a deep gash.

Frustrated by these speedbumps, I needed some alone time and headed up to Pt1475m nearby. That was when I spotted a lone boot lying abandoned in the middle of the track. With my mates approaching, I discretely hid it in my pack and we convened at the summit in time for an amazing sunset.

My friend was convinced I was having him on when I asked his thoughts on my ability to produce a replacement size eight, left boot. After picking his jaw up off the ground on the reveal, we placed the broken boot at the summit as a testament to answered prayer. The miraculous boot remains one of our favourite campfire stories.

Duct tape to the rescue
On our trip over Gillespie Pass, my friend Doug wore the boots he’d been ‘saving’ in the wardrobe for many years. Just over the pass, one of his soles began to flap. Duct tape to the rescue. But then 15-minutes later, the heel began to flap. Duct tape again. Within 15 minutes, his other boot began the same act. Running low on duct tape, I produced a thin wire to hold boot number two together. By the time we reached Siberia Hut, both boots were held together with a mix of tape, wire and spare boot laces. We urged Doug to give his boots more outings in the future.

Ironically, two weeks later I fished out my lovely Italian leather boots that had long been too tight, and wore them on a short day trip. That afternoon, just 10 minutes from the car, the soles peeled away. I never did admit it to Doug.

Wired up
I’ve had two pairs of the same boot fail. My first pair had done about 30 or 40 days’ tramping over three or four years when both soles all but peeled off at the end of a 10-day trip in South Westland. My replacement pair went the same way in the middle of a seven-day trip in Kahurangi, their third outing on a multi-day trip.

All my boot failures – and those of my friends – have been rectified by pushing wire through the leather and sole and twisting it tight with pliers. This is very effective.

Perhaps most alarming was when, on a winter climb of Taranaki, a pair of little-used plastic boots cracked and fell apart across the top. I always thought it was too much sun that killed plastics, but no, there seems to be something evil about my bedroom cupboard, too. 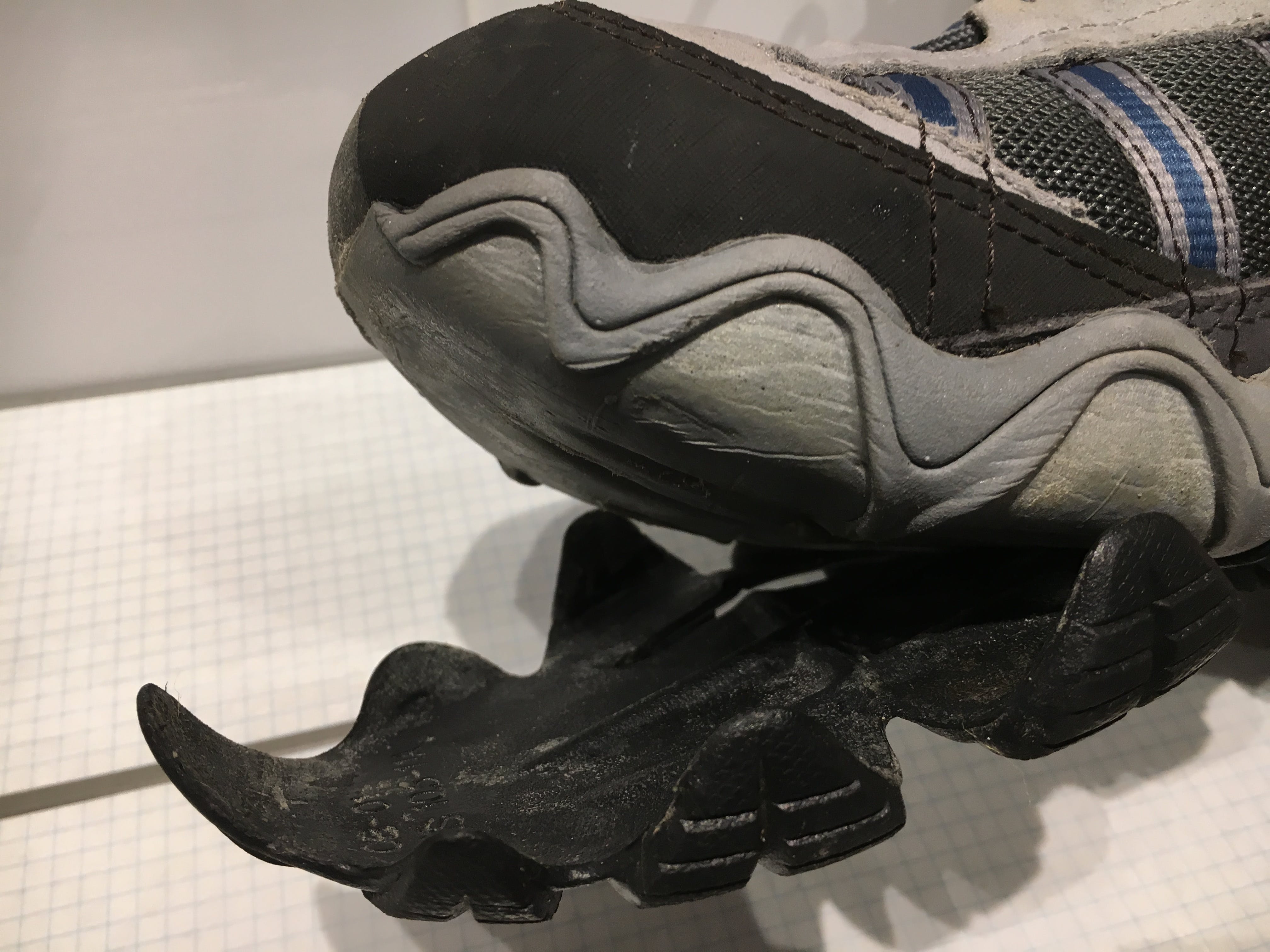 Fit for purpose
Incredibly, I read the story about boot failure in the July issue about an hour after writing to the manufacturer of my shoes.

My brand new, unused trainers (well, they had sat in my cupboard for about three years!) lasted only a few hours of light use before delaminating. Compare that to my old fashioned leather hiking boots which are still useable 15 years later. There is definitely a ‘fit for purpose’ argument here and if manufacturers and others don’t want to tackle the problem, and seem to think it totally acceptable their product should fall apart so quickly, then retailers should stop selling them.

Cracked and dry
Five years ago I bought a pair of top-shelf boots worth $650 assuming that buying quality would mean I may get 10 years or more out of them. Eleven months later, the boots had lost some of their stiffness and the leather was looking a bit rough. Worried they were going to fail prematurely, I took them to the retailer who returned them to the NZ agent. They said they looked in good condition and I had looked after them well. There was apparently nothing wrong with them.

Nine months later, the leather had cracked around the toe box, the rand started peeling off and they started to leak.

The boots were returned and I was issued with a replacement pair. But once again the leather is dry and cracked around the toe box.
I have also found it difficult to find a good range of solid women’s boots in NZ stores which limits the possibility of exploring alternative brands and models. 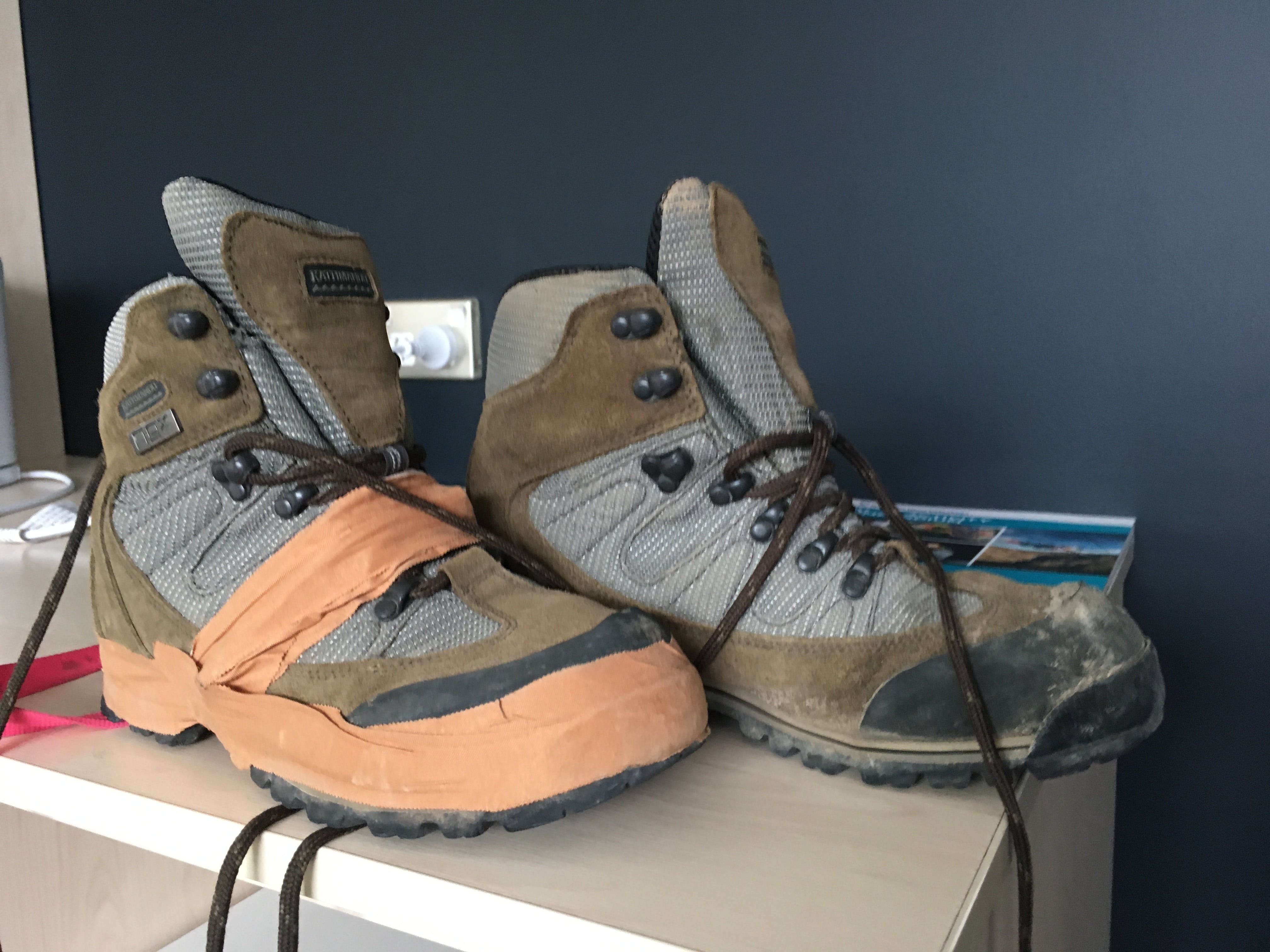 One summer, three boots
We had to replace three pairs of boots – all different brands – last summer.
My daughter used a borrowed pair which fell apart on day two of the Routeburn Track. A guide fixed them with tape and cable ties.

I had the heel of my boots re-covered. I asked the retailer how much longer I could expect them to survive. A comparison to the midsole on a new boot suggested not too long. We then found the midsole on my husband’s boots had gone spongy.

All the boots had been looked after, cleaned and not dried artificially. All were about five or six years old and used multiple times a year on one Great Walk, two long tramps and at least eight day walks.

First one, then the other
I had a pair of boots which saw relatively regular use, but within two years the sole came off one of them. The agent glued it back on but it came off again shortly afterwards. A local boot repairer also tried but to no avail. I tried a third time using Gear Aid Free Sole, which worked. But then the other sole started to come off and I had to switch to another brand.

I suspect it was a case of the boots being stored in the warehouse or kept at the retailers for too long.

Repair or buy new
My solid tramping boots, always well looked after including cleaned, dried, waxed and stored in a dry place, were six years old when the soles started peeling off.

I’m weighing up having them repaired or buying a new pair, but I don’t want to go through the same thing again.