When a piece of kit is so integral to your experience that it becomes almost a part of you, it’s perhaps not surprising that a curious affection is developed for it. My Macpac Ascent pack was on my back during a circumnavigation and climb of Mt Aspiring, and a three-week trans-alpine traverse in South Westland, plus countless other shorter adventures. Despite being only 70 litres, its simple sack design with an extendable top means I can stuff enough gear in it for as much as 10 days.

The Ascent has ice axe loops and a crampon patch and, best of all, weighs a relatively modest 1900g – a whole 1kg less than the Macpac Torre I used to favour. Part of that lightness results from the no-frills harness, which is basic but comfortable. It’s got a lid for sunscreen, snacks and map, and the canvas has proved durable despite some rough trips. Early on, I gave it a nasty scraping on a low-water float down the Otaki River Gorge, but patched up it’s survived for 17 more years. I simply love this simple pack.

Verdict: It’s durable and pretty light, but big enough for long adventures and has the right amount of straps to secure the necessary hardware. 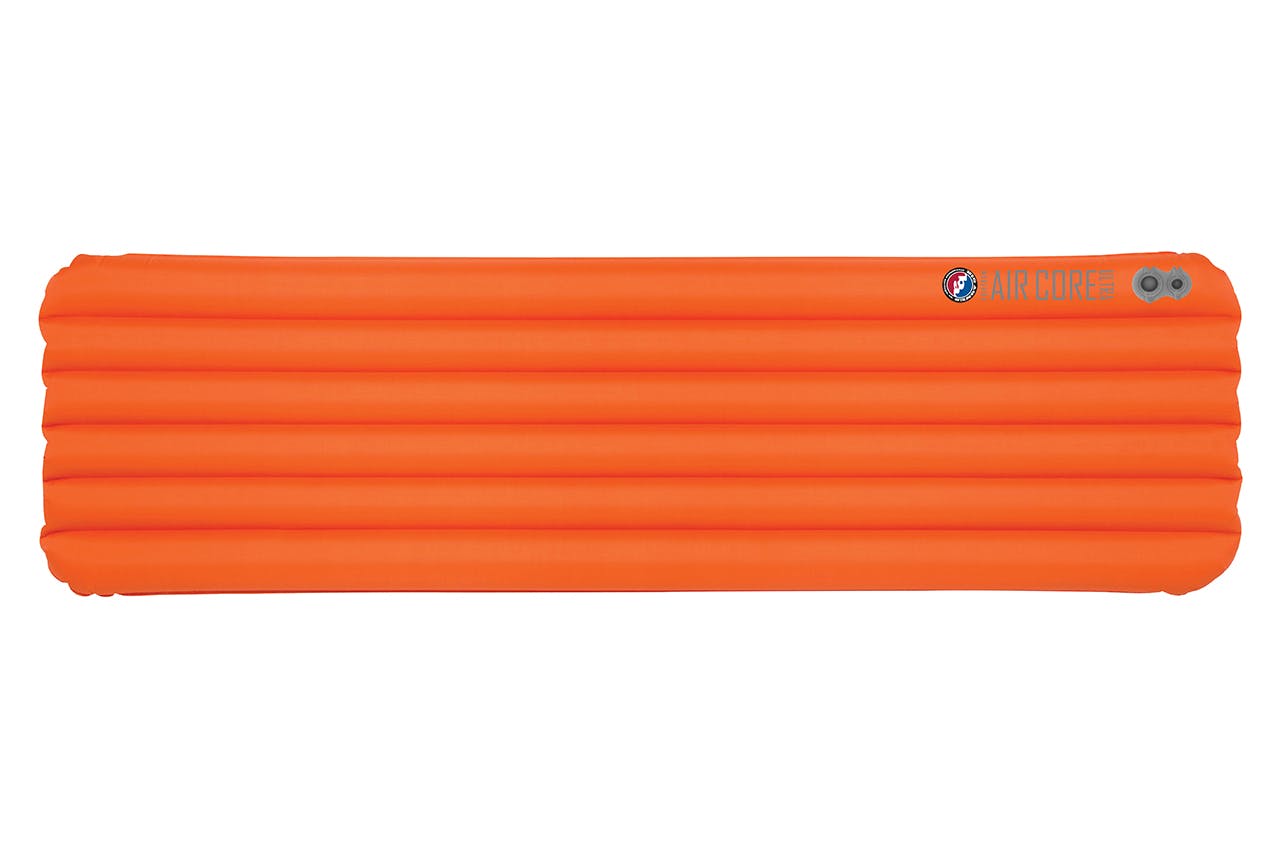 As a fussy sleeper, I’ve replaced my sleeping mat more than any other piece of kit. Spending $400 on a luxury mat feels like robbery, but I can’t sleep on foam like hardier trampers. To me, the perfect mat is a compromise of weight, warmth, comfort, and price. Anybody can drop $400-plus on a sleeping mat and get a good night’s sleep, but the trick is doing it without spending a fortune. The Big Agnes Insulated Air Core Ultra Mat ticked all the boxes for me.

At 198cm by 63.5cm, it’s long enough to fit me comfortably, and the higher volume edge baffles make it hard to roll off. It’s not the lightest mat out there at 765g, but at 8cm thick, it’s very comfortable. It’s rated by Big Agnes to -9.5°C, but having used it at around 0°C, I wouldn’t use it in colder temperatures.

Deflation and inflation are quick with twin valves, and I slept on this for several weeks before I sourced a bed in my flat, and it never lost air.

Verdict: Comfortable, warm mat down to 0°C that won’t break the bank. 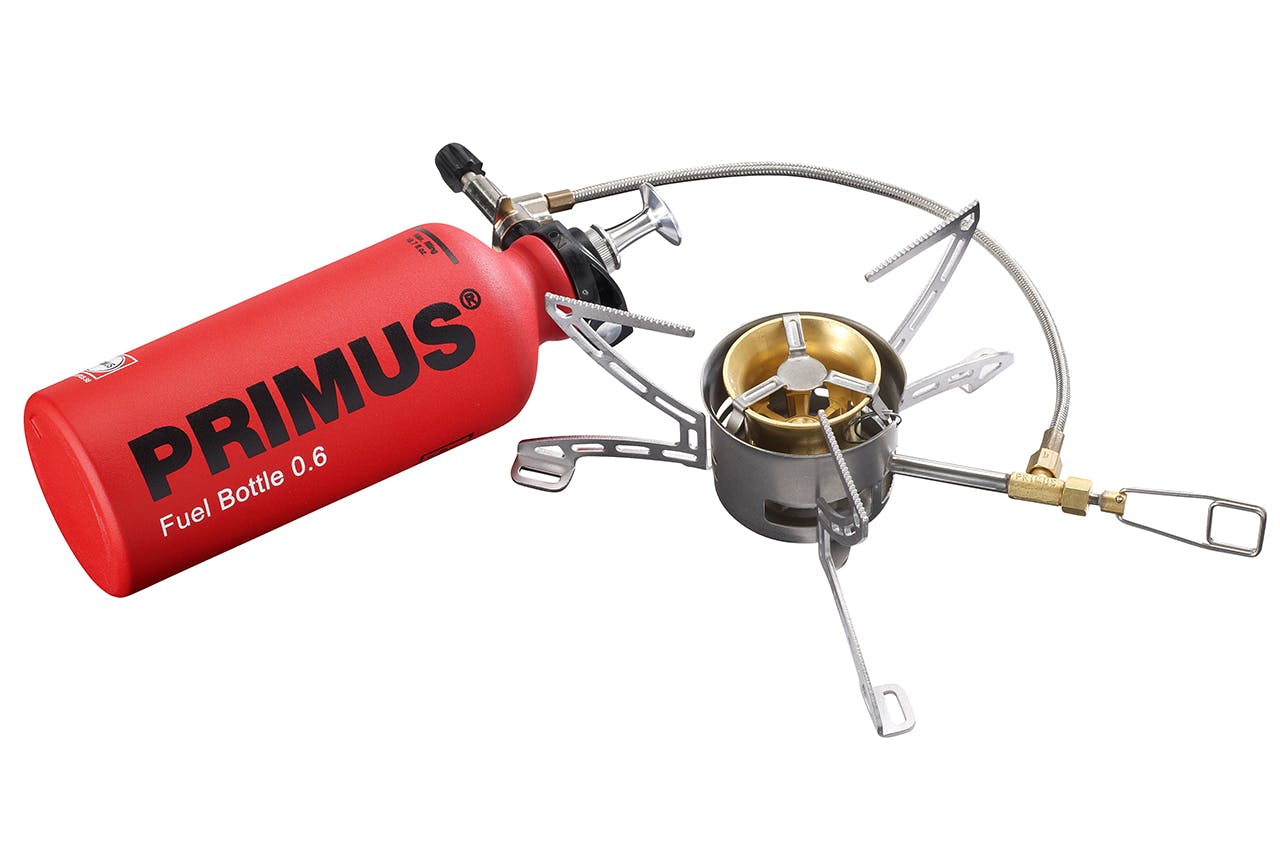 The Omnifuel has been a faithful companion on numerous trips over the years. It’s highly versatile – with a change of nozzle it can run on liquid or gas fuel – making it a great travel companion.

As a liquid fuel cooker, it copes easily with the altitude and cold temperature conditions that gas canisters struggle with. And with two adjustment knobs, it provides good control over cooker temperature and a simmer is easily achieved.

I’ve been pretty lax with servicing the stove over the years, which has led to a couple of occasions when it has let me down. A quick clean and it seems good to go for the next trip. The only downside I’ve encountered, other than a regular servicing requirement, is its 440g weight.

Verdict: A versatile and reliable cooker that’s definitely worth the price but its weight is a drawback. 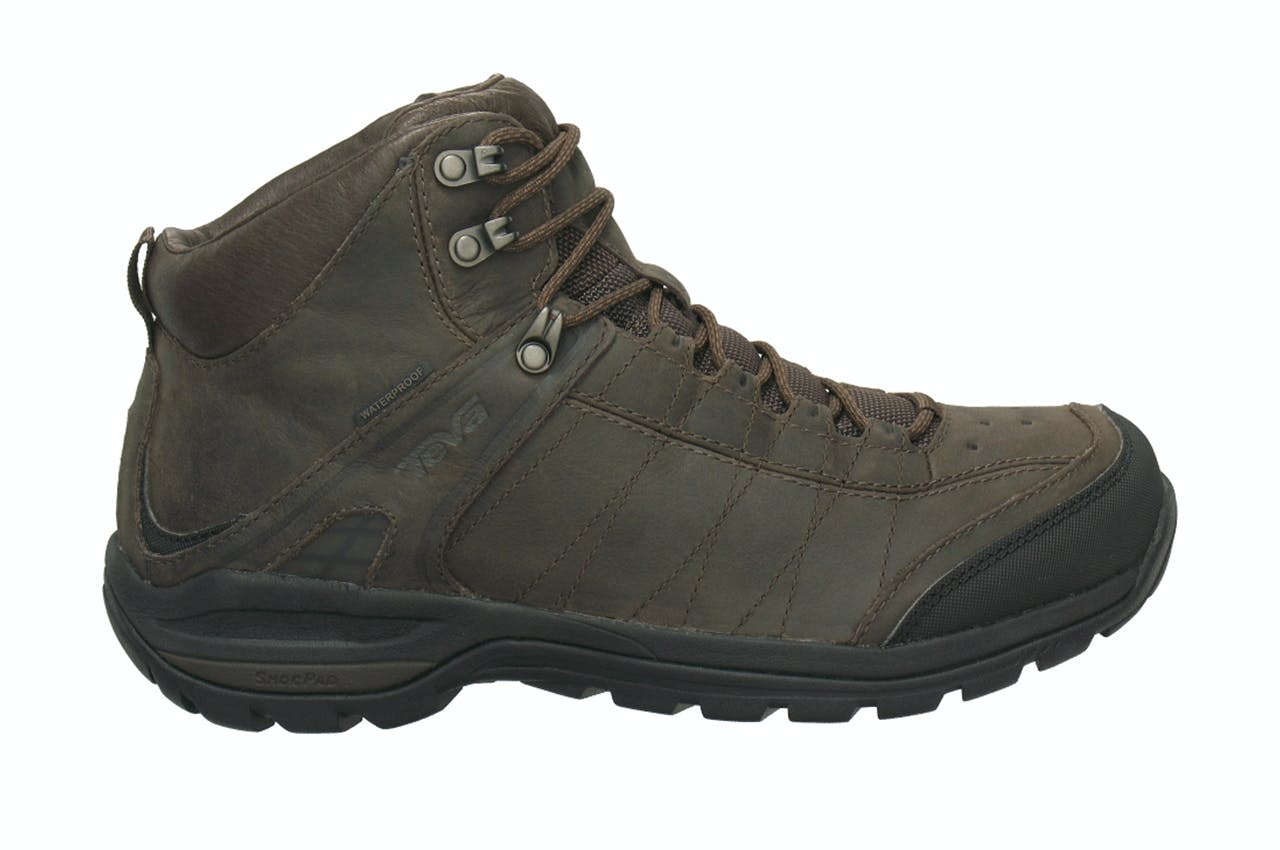 These were my first pair of tramping boots and I still wear them every time I head for the hills. It’s a full-grain leather three-season boot that fits just above the ankle, but what makes them a standout is their comfort. I’ve never had blisters, even after wearing them every day on a three-week hike in Nepal.

The sole strikes a good balance between flexibility and stability. I feel confident digging my heals in while descending a scree slope, but they also don’t feel overly rigid or cumbersome while striding along the flat or ascending a slope. The Spider365 rubber outsole has a good amount of grip, even on slippery surfaces, and the leather upper is a good compromise between durability and comfort. There’s a smooth lining which makes the boots easy to put on and take off.

While they are advertised as waterproof, I found after a few months water began seeping in, but they mostly stay dry unless there is persistent rain. After four years, some of the stitching is also coming loose, but I think I’ll get another couple of years out of them. 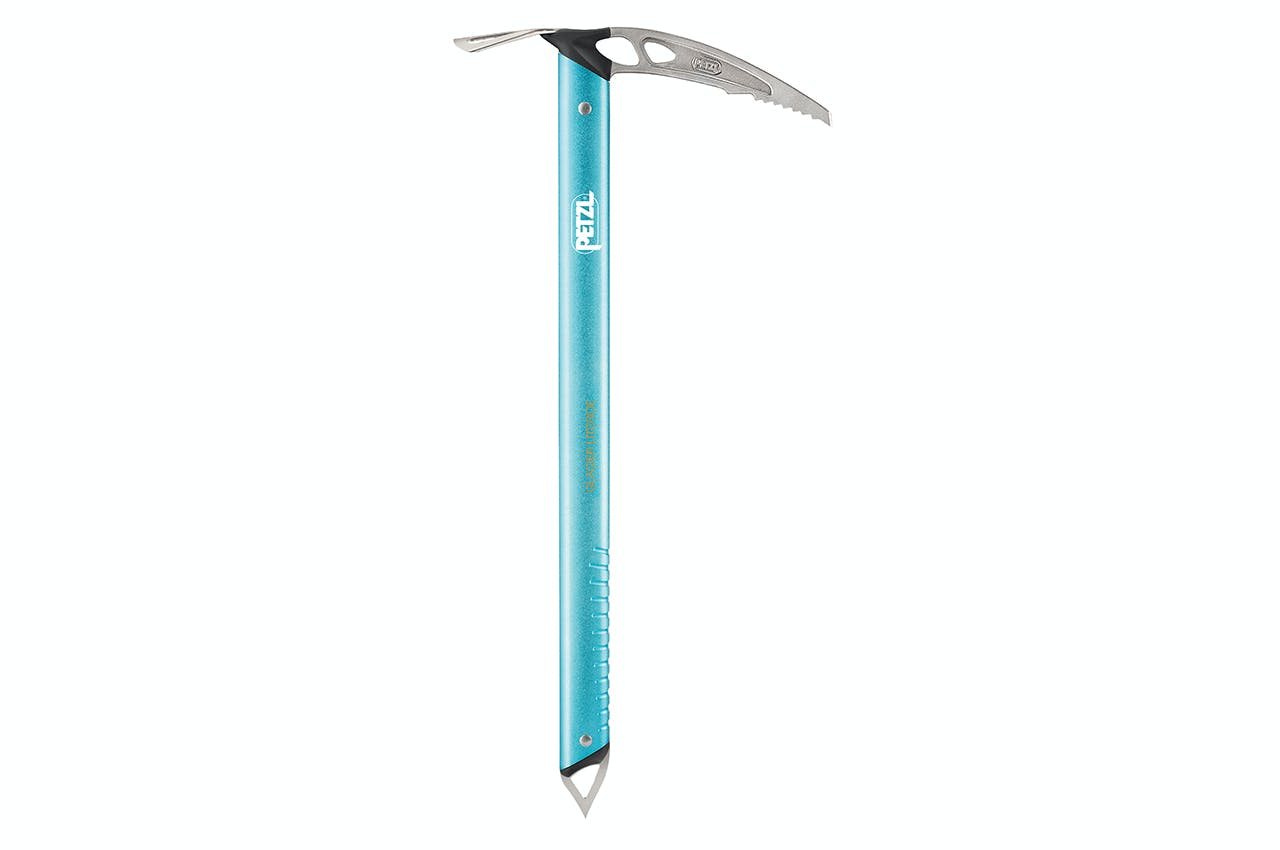 I am a traitor to my country because I bought this ice axe from an overseas provider for much less than it costs in New Zealand. Then it went missing en route to my place and they sent me another one at no cost. Then both turned up (I may be a traitor, but I am an honest one) so they asked me to pay what it cost them to send the second one, which was much less than the first, and I sold one axe. This was not intentional.

Petzl does a regular Glacier axe in a lovely silver. It’s lightweight and alluring. In researching it, I discovered the LiteRide, which is a shorter (50cm) axe specifically designed for ski touring and it comes in a delicious metallic blue. I wanted something lightweight for days when I might get my axe out but didn’t want to be lugging around a regular walking axe.

A huge benefit is that the LiteRide, being so short, fits inside my ski touring pack. I use tip protectors (Petzl sells these for their axes) to make sure the sharp points don’t rip my pack and gear to shreds.

The LiteRide came into its own on a ski day when I took a fall and lost one of my skis down a steep slope. I had to take the other off, rack it on my pack, and downclimb a significant distance. It’s on days like these that having a lightweight ‘just in case’ tool is a huge advantage.

Verdict: Don’t get caught without it. 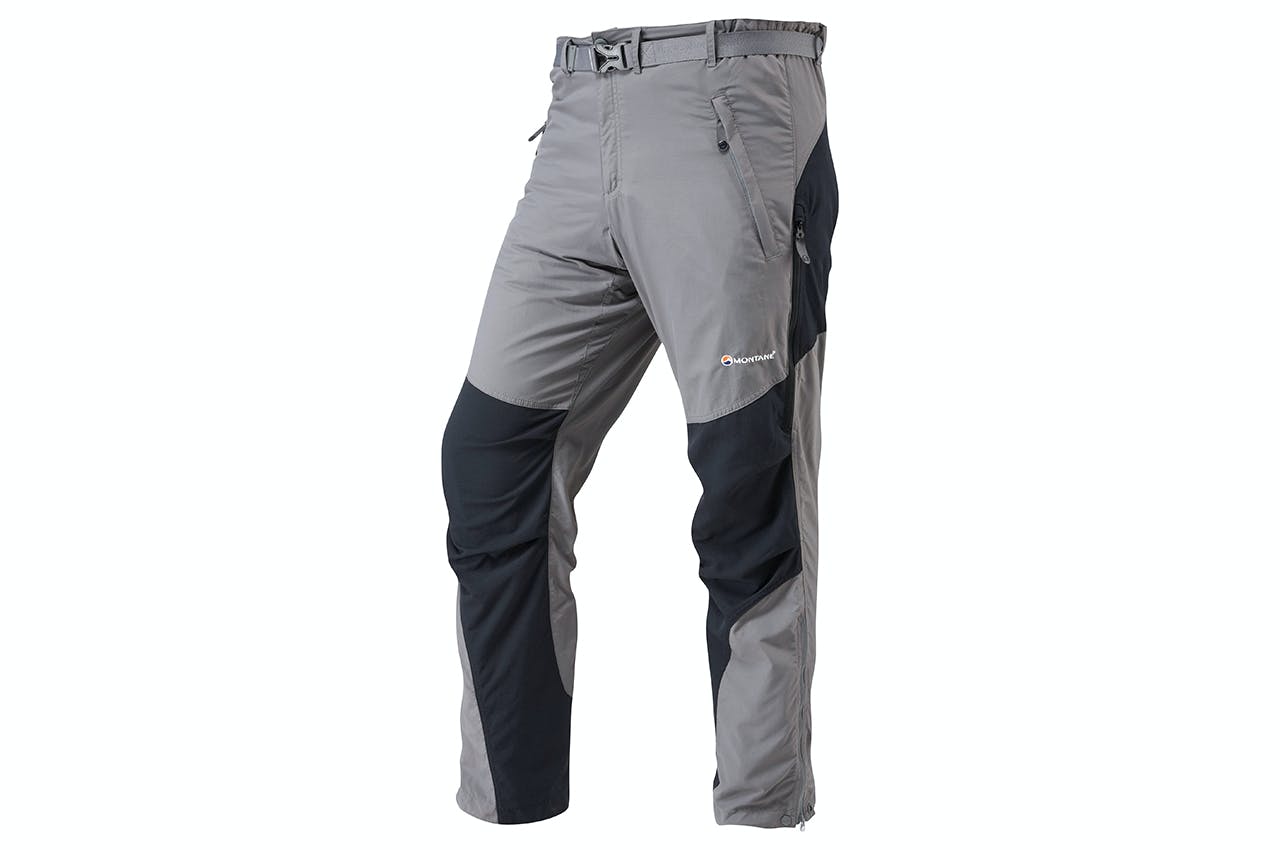 I’m not a shorts-wearing tramper – whatever the weather, hail or shine, I wear trousers. I’ve yet to find a pair as good as the Terra pant.

First up, there’s the side vents and quarter-length boot zip that allow excess heat to escape. Then there’s their durability. I’ve worn them on tough tramps in Tongariro, the Tararuas, Stewart Island and countless places in between and they’re still holding together – abrasion-resistant panels at the foot and rear help – though admittedly some seams are fraying. They’re also quick-drying. During a wet Tararua tramp, I eschewed waterproof trousers, trusting the Terra’s would dry out in no time once we reached the hut.

Over the years, my waistline has regretfully expanded a little, but this has not been a problem for the Terras – their elastic waist easily accommodating my ever-increasing girth.

And even though I do get too hot on some days, these pants save me the hassle – and greasy hands – of applying sunscreen every couple of hours.

Verdict: A hiking pant for all seasons and – judging by my experience – many years.