In the 1840s, when artist George French Angas came to New Zealand in search of ‘nature in her wildest aspect’, he found it at Tongariro. Observing Mt Ngauruhoe, he was exhilarated by the sunset, which left ‘the deep valleys veiled in gray and purple, and tinged with ruby and orange [from] the volumes of vapour that rolled up from that vast cauldron. It was indeed a majestic scene: sublime in its grandeur …’.

The volcanoes of Tongariro National Park have fascinated people from time immemorial. What the first Maori thought when they reached the barren, scoria slopes of Tongariro, Ngauruhoe and Ruapehu we can only surmise, but to those people who first settled the area – Ngati Rangi and Ngati Tuwharetoa – the mountains came to represent their sacred ancestors, and to this day embody their mana.

Tongariro is the southern end of a 250km-long volcanic arc, known as the Taupo Volcanic Zone. It extends from White Island in the Bay of Plenty, through the hot springs, mud pools and geysers of Rotorua, across the great caldera of Lake Taupo and finally to the strato-volcanoes of Tongariro National Park. Ngauruhoe is the youngest of the volcanoes, built up over the last 5000 years. Ruapehu, another large but more complex strato-volcano, has built up from successive events over 200,000 years, and is the only one in New Zealand with a crater lake and permanent glaciers.

Rated as some of the most active volcanoes on the planet, the mountains of Tongariro have erupted several times in living memory; Ruapehu more than 60 times in the last 60 years (notably in 1995 and 1996); Ngauruhoe last in 1975; and Tongariro most recently when the Te Maari craters bombarded Ketetahi Hut in 2012.

The park, New Zealand’s oldest, has become an important recreation ground for skiers (with the choice of two commercial and one club ski-field), climbers (the park abounds in both cliffs for rock hounds and winter alpine terrain ranging from easy to challenging) and trampers (there are many short, easy tracks and several multi-day trails).

Unsurprisingly for such a dynamic wonderland, Tongariro is awash with tourists over the summer season, with sometimes as many as 2000 on the Tongariro Alpine Crossing on any one day. In winter, thousands of skiers ply the fields at Whakapapa and Turoa.

If you had a week to enjoy the park, what would you do? Where could you gain an essence of the park, but perhaps experience fewer people? Here are some ideas. 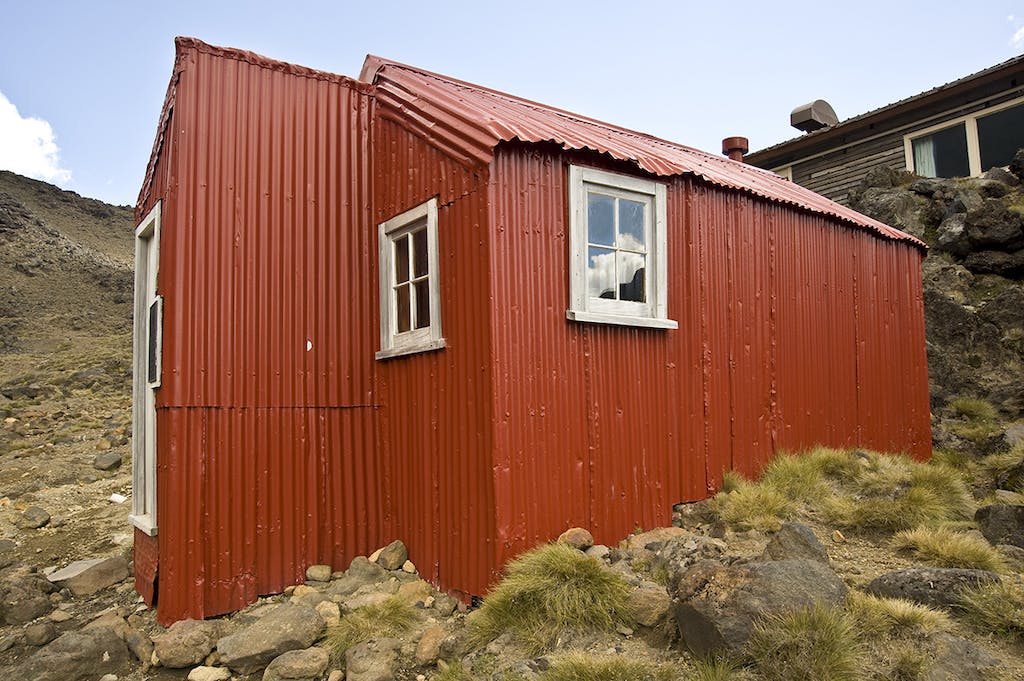 The Old Waihohonu Hut, built in 1903-04, is a survivor from the early days of skiing and tourism in the park. Back then, the eastern side of Ruapehu was the most accessible, and tourists reached it by stagecoach across the Rangipo Desert. While no longer available for accommodation, the old hut is well worth visiting to see how life was for the climbers and skiers of yesteryear. The Ruapehu Ski Club, New Zealand’s oldest, had its first meetings in the hut.

Another historic hut is Glacier Hut, a red relic set among large lodges of Iwikau Village, at Whakapapa Skifield. Built by the Ruapehu Ski Club in 1923, this hut served admirably until the club built a much larger lodge in the 1950s. There’s an excellent chapter about Glacier Hut in Mark Pickering’s book Huts, Untold Stories from Backcountry New Zealand. Pickering reckons it was the first purpose-built ski hut in the country. Located about 20min from the Top of the Bruce, the hut serves as a museum to the pioneering days of New Zealand skiing.

Get lost in the lava (pictured top)

Although popular, Oturere Hut generally receives less occupancy than other huts on the Tongariro Northern Circuit, and makes a fine base from which to explore the unusual landscapes of the Oturere Valley.

Here, lava formations form all sorts of weird shapes, most of them resulting from Red Crater’s numerous eruptions. Trampers can spend hours wandering among them, especially when mist or gentle rain make them particularly surreal.

Leave the trail behind

Rangipo Hut (1560m) is the highest hut on the Ruapehu Round the Mountain Track, a 4-5 day circuit that circumnavigates New Zealand’s highest volcano. It’s much less popular than the Tongariro Northern Circuit Great Walk (although the two overlap on the section between Whakapapa and Waihohonu).

The hut makes a great base to get off track and explore the barren expanses of Rangipo Desert, New Zealand’s only desert – if a rather wet one. Rich red layers of scoria form curving multi-layered banks, wind-stunted vegetation survives in sheltered hollows, and solitary rocks lay like unexploded bombs. 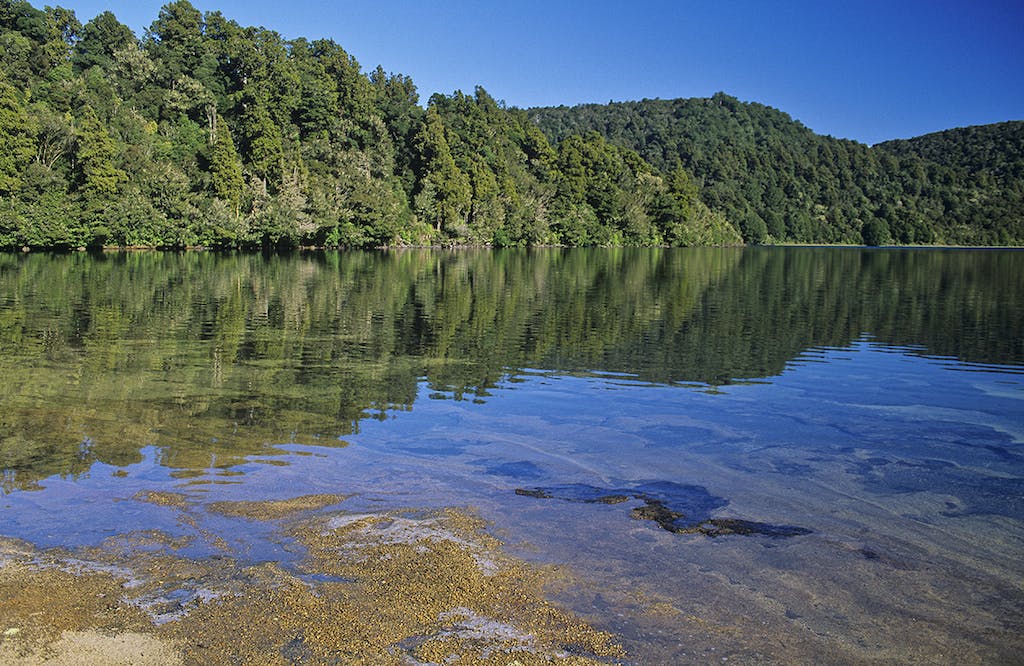 Swim in a lake

Lake Rotopounamu lies beneath Pihanga, the northernmost volcano in the park. According to Maori legend, Pihanga was the beautiful maiden over whom Tongariro and Taranaki warred, a feud that only ended when the defeated Taranaki slunk away, carving the Whanganui River in his wake.

A popular 30min walking track leads through forest to the lake edge, but fewer people walk right around the emerald-green lake (allow 2hr). While elevated, and therefore never hot, the lake makes a refreshing place for a dip.

View a glacier up close

Although Ruapehu’s glaciers have retreated significantly over the last 60 years, the Summit Plateau remains permanently ice-clad. Easiest access is from Whakapapa Skifield – especially if you’re willing to fork over some cash for a ride on a chairlift. The easy-angled slopes of Whakapapa Glacier lead up to the Summit Plateau, a great expanse of snow that culminates in The Dome and views of Crater Lake, with Tahurangi – Ruapehu’s highest summit – above it.

Hauhangatahi (1521m) is an outlier mountain, separated from Ruapehu by wetlands and forest. It’s the centre of the Hauhangatahi Wilderness Area, one of two set aside in Tongariro National Park as ‘no development’ areas in the 1960s. There are no formal tracks onto the summit, but routes exist up its western side from Erua, or up its northern flanks from the Mangahuia Track. Small tarns and alpine wetlands dominate much of the mountain.

The summit has particularly good views because it is distant enough to provide a good perspective of Mt Ruapehu, but close enough for the volcano to remain impressive. 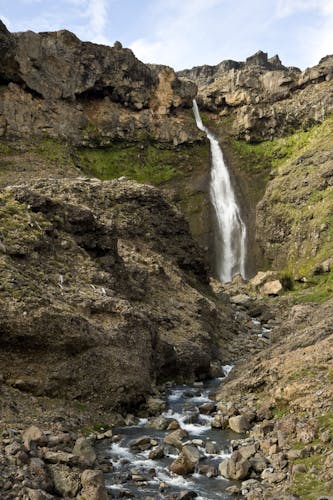 Mangaturuturu Hut is one of the best-located shelters in the park, occupying the edge of the beech forest and boasting grand views of Ruapehu’s western side.

Built by the Wanganui Tramping Club in 1958, it is now one of five huts on the Ruapehu Round the Mountain Track. While the hut is well used, few trampers bother to explore beyond the track. Just an hour’s boulder-hop up the nearby Mangaturuturu River is the park’s highest waterfall; a 56m cascade that spills over bluffs in spectacular

Climbing Ngauruhoe (2287m) from the Tongariro Alpine Crossing is hugely popular, and in summer you’ll be among a steady stream of would-be summiteers clambering up the loose scree slopes on its northern flanks. Hardly anyone, however, bothers to tackle the mountain from other directions.

An excellent, although more challenging, route exists from Upper Tama. It’s well worth picking up a spur beginning from the south-eastern base of the volcano, which has a line of firmer rock, making height gain significantly easier – although there’s no avoiding sections of shifting scree.

Whangaehu Hut occupies a lofty 2000m perch overlooking a gorge in the Whangaehu River, the outlet for the Crater Lake. It’s a fine elevated position for a hut, with an outlook not only of the nearby Ringatoto and Pyramid peaks, but also the more distant Kaimanawa Mountains.

Built and managed by the New Zealand Alpine Club, the hut is available to the public by booking, but is kept unlocked. The 8-bunk hut is most directly reached from the Tukino Skifield, following a poled route that climbs steeply. Alternatively, the hut can be reached from the Summit Plateau, by way of the Mangatoetoenui Glacier. Alpine skills are usually necessary.