Is MOB (mud, obstacles and beer) racing the next big thing in the outdoors, or is adding concrete walls and rope ladders a little too over-the-top?

2014 promises to be the year of the mud, obstacle and beer race. The concept that was all but unknown until four years ago when the Tough Mudder and Spartan Race concepts launched. Since then, literally millions of competitors have tackled hundreds of courses in dozens of countries. This year they arrive in New Zealand.

The courses range from a few kilometres to full marathon length, but it’s not the distance that makes it hard. Along the way participants have to surmount obstacles that involve climbing over and crawling under objects, being soaked, frozen, beaten with pugil sticks and even electrocuted, all in the name of… well, it’s hard to say.

To get an explanation, I spoke to Dugald Peters, a former British paratrooper who is organising New Zealand’s first true MOB race, The Mule, scheduled to be run near Queenstown on March 15.

Peters is stocky with a buzz-cut and talks with the intensity you’d expect from a guy who used to jump out of planes in search of bad guys for a living. Paradoxically, he reckons these brutal races are all about making people feel good.

He says his time in the military taught him about the peculiar relationship between adversity, humour and morale. “The tougher it is, the more it forces you to tap into your sense of humour.”

In the Parachute Regiment, Peters participated in “casualty-evac” events that required teams to carry a casualty – usually a slab of concrete – on a rickety stretcher over a desert course.

“That was seriously tough – and we were just telling jokes and stories the whole way,” he says. “It was five guys in the middle of the bush on this thick sand course, going into the night – and all you could hear was laughter.”

He says you can’t achieve these things well unless you have good morale – and building that morale pays off throughout the rest of your life.

“Morale has got me through a heap of things in my life. I underestimated it time and time again. It’s humour and it’s attitude, it’s not about how big your muscles are or how much weight you can lift or how fast you can run.”

The problem is, it’s hard to find a line between pushing people’s mental and physical boundaries and outright breaking them. MOB races overseas have copped a fair bit of criticism for being cavalier with their safety.

A 2013 case study of a Virginia Tough Mudder race by the American College of Emergency Physicians reported that ‘the volume and severity of injuries was unusually high’ with 38 injuries requiring hospitalisation from the 22,000 competitor event.

Those injuries ranged from the fractures and dislocations typical of adventure racing to ‘altered mental states’, incontinence, and seizures after being repeatedly electrocuted in obstacles known as ‘electroshock therapy’ and ‘The electric eel’, both of which involve competitors running a gauntlet of live wires while soaked with water, mud and sweat.

The authors drew particular attention to Tough Mudder’s use of electrical shocks as part of their obstacles. ‘Although higher amps are discharged from neuromuscular incapacitating devices [a.k.a tasers] than in this event, our cases’ injury pattern seems more severe.’ They speculated that perhaps that had to do with the combination of exercise and repeated shocks – the effect of which has not yet been studied.

The flipside of course is that with one-in-three New Zealanders now listed as obese according to the Ministry of Health’s 2012/13 health survey, people might be running a bigger risk by staying on the couch.

It seems as a community we’re far better off paying for some relatively small emergency room bills than funding the large and on-going cost for obesity related illnesses.

Peters says the balance between challenge and safety is something he’s considered at length. “We do everything we can that’s sensible… we do a course check, we check all the water to make sure there are no big boulders or farm wire in there. On the day, we do checks of what people are wearing – and we ensure people understand what they’re taking on.

“At the end of the day, it is one of the toughest events around, but it shouldn’t require people to get hurt.”

He says he believes you can make a race that’s every bit as tough without resorting to “gimmicks” like electricity, fire and buckets of ice in the obstacles. The trick, he says, is to work with the landscape. “In truth, we could have put together a pretty challenging course without ever having built an obstacle.”

Peters says the 10km Mule course, located on private land near Moke Lake, will take in snowmelt-fed rivers that can be anything from ankle- to thigh-deep depending on rainfall, stands of remnant beech forest and short but punishingly steep climbs and descents. “They’re hideous – and I love them!” he says.

As far as the obstacles go, he’s planning to keep it simple, “An eight foot wall is one of the simplest obstacles out there, but it’s also one of the toughest and so it’s one of my favourites.”

The question remains whether obstacle course racing is just a novelty that’ll be knocked off its perch by the next ‘next big thing’, or if it’s here to stay. Surfing and mountaineering were both considered to be fads once upon a time… but then again so were hula-hooping and break dancing.

Peters believes it’s here to stay: “Assault courses and steeple chases are some of the oldest events on earth. It’s going back to what’s tried and tested.” 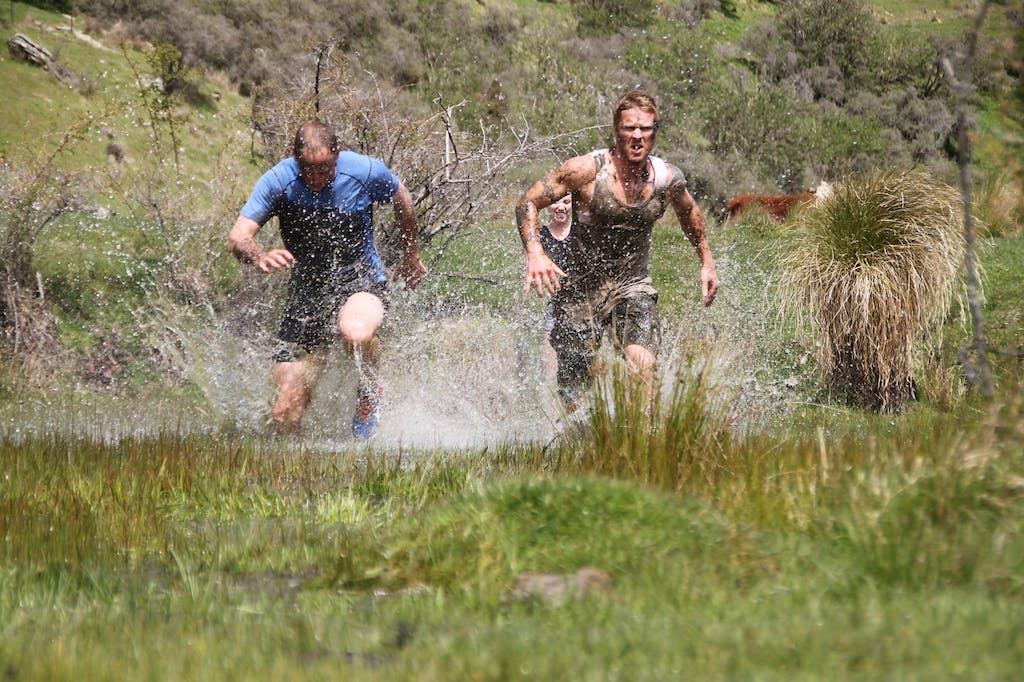