Taupō filmmaker Michelle Green is ‘one of those last-minute people’.

She got into tramping on a whim, and her YouTube channel Long White Gypsy followed shortly after to document the process.

One year later, she completed the North Island section of the Te Araroa Trail. The spontaneity, she says, is all part of living with anxiety.

“If I try to plan too much I get overwhelmed and get an ‘analysis paralysis’ thing happening,” she says. “I tend to jump in with two feet forward.”

Dealing with anxiety is a recurring feature of Green’s YouTube channel, which also features a section by section series on the Te Araroa Trail, gear reviews, trip planning and local tramps.

She wanted to explore the ins and outs of tramping from a beginner’s perspective, and furthermore, a beginner living with anxiety.

“A solo female hiker might be nervous anyway, but for me that’s exacerbated ten fold so I knew it was going to be a big challenge,” she says.

Stepping into the world of tramping and walking the length of the North Island was at times a confronting experience for Green, but one that led to huge personal growth.

“I’ve come to terms with the fact that I will never cure my anxiety – it won’t happen and it will always be a part of me,” she says.

“With thru-hiking, I put myself in so many situations I didn’t like, but I was able to come out the other side, and know I did it despite my anxiety.”

“Right from early on, I got messages – particularly from women – saying things like ‘I can’t believe you’re out there doing it’,” she says. “People have got in touch to say ‘I got out on   my first hike, and I did it because of you’, and for me that’s validation – I’ve achieved my goal.”

Green says filmmaking while tramping can be demanding – particularly on the Te Araroa when at the end of a long day, she would have to spend time putting together her edits.

It has, however, served as a priceless memento of her experience, and changed the way she sees the outdoors.

“I find myself looking for beauty on the trail, and trying to find a different way to tell the story,” she says. 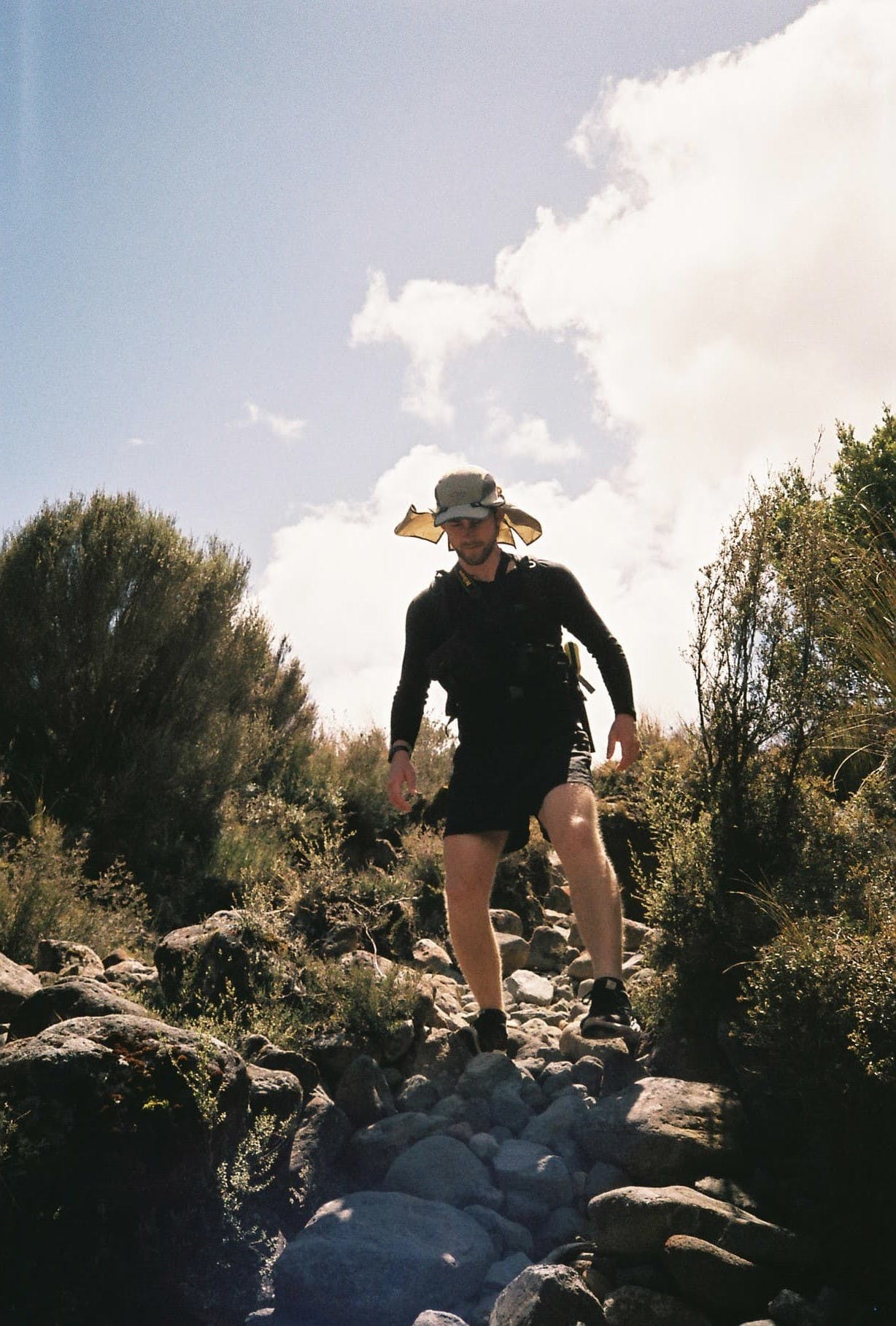 Jesse Wiltshire, a home caregiver from Papamoa, is another Kiwi filmmaker who spends his weekends exploring the North Island’s wilderness, camera in hand.

He’s walked the Kaimanawas, Te Ureweras and in Tongariro National Park, and there’s barely a track or trail in his local Kaimai Mamaku Forest Park he hasn’t set foot on, with much of it documented on his channel, ReviloNZ.

Wiltshire’s films are slow-paced and meditative, with little dialogue or music – he says they’re more documentary than a blockbuster.

“A lot of hiking videos are more travel blogging stuff – awesome videos that make you go ‘wow, look at New Zealand’,” he says.

“But my philosophy behind filming is simply wanting to record a trip for myself – if I was doing it for the subscribers, I would have given up by now.”

Despite this, his video views do chug along nicely, and he has a fairly active 145 subscribers.

“It’s cool being able to share trips with the community, and it’s really cool when people comment to thank me, since they’re planning a trip in the area,” he says.

Wiltshire says he’s always been into the outdoors, and was raised on family camping trips and Bear Grylls’ Man vs Wild.

His first overnight tramp was a woefully unprepared mission with mates into the Kaimai Ranges’ Hurunui Hut.

“It’s a special hut to me, and I’ve been there a lot of times since, but on our first overnighter, we didn’t think we’d need tents, pots, pans or cooking stuff – we thought we’d just light a fire, but we were setting ourselves up for disaster,” he says.

“It took us three hours to get the fire going. Looking back, it’s quite funny – but we were lucky a bunch of experienced older guys finishing the North South Track let us use their gas cooker.”

Nowadays, Wiltshire is much more experienced and often heads out to spend the night under a tarp and practise bushcraft skills.

Whatever the reason for heading out, it’s never the destination that matters for Wiltshire, but the act of being outside and experiencing nature.

“I’m perfectly happy walking an hour and sitting in the same spot all day,” he says.

His motive for filmmaking is similarly philosophical.

“The way I see it, taking a video is secondary, and I go out in the bush for so much more,” he says.

“If I’m going out with the intention to make a video, it’s not going to be right.”