Wanaka eco guide Chris Riley knows Mou Waho Island like the back of his hand, and he’s doing all he can to help it flourish.

Chris Riley pauses the group beside a kōwhai tree and describes its vibrant spring flowers, now lost to the breezes of autumn.

He recalls planting it with a young visitor a decade ago, and as three piwakawaka flit into view, he emits a passable imitation and extends a branch – to my surprise, the bravest of the birds touches down for its photo opp.

Riley is at home here on Mou Waho, the largest of Lake Wanaka’s four islands – he knows every bird, critter and tree, and they seem to know him too.

On the track to the summit on a rainy afternoon, he pauses often to gouge drainage into the gravel, or extricate huhu grubs from a rotting log – the grand gardener of his adopted island.

The forest is alive with native birds, and many feast on trees Riley remembers planting. From his backpack, a harakeke seedling dangles, ready to set its roots on its new home.

Planting a tree is a ritual Riley repeats with every guided group – a ritual which has slowly, but surely, changed the face of the sanctuary.

The Wanaka resident first visited Mou Waho in 1991, while training to become a boat skipper.

Disembarking, he followed the overgrown track to the summit, looked down upon the sublime infinity pool of Lake Arethusa – 150m above Lake Wanaka – and immediately fell in love. 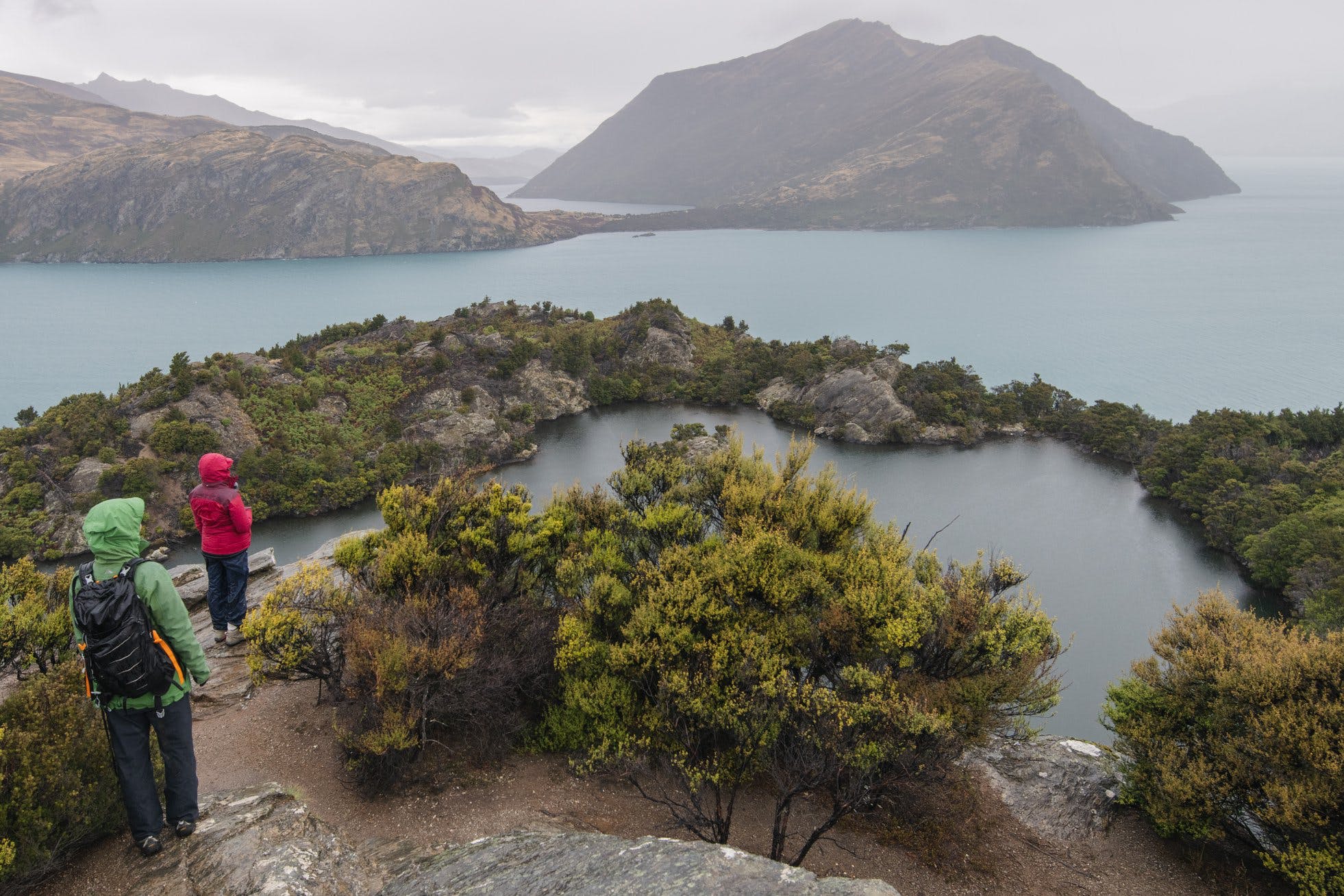 Despite being overrun with wilding pines and missing most of the vibrant birdlife which flourishes there today, Riley recognised an island in the rough – and he wasn’t alone.

DOC also had eyes set on the island, as a sanctuary for the buff weka. Extinct from the mainland since the early 20th century, the weka subspecies was fortunately salvaged by a population living on the Chatham Islands.

Over six consecutive seasons, DOC felled the invasive pines to prepare a more optimal habitat for the rare species, which was introduced in 2002.

One new resident, who became known to his human friends as Wally, is now the oldest known weka in the south island, and has been crowned king of Mou Waho – according to Riley.

The tenacious character rules a prime territory which includes the island’s summit and Lake Arethusa, where he has taught himself to fish.

“He has produced 27 chicks, and I’ve counted every one of them,” Riley says.

“When I walk around the corner, he knows my voice and it’s like seeing an old friend. He has mutual respect for me, so he won’t try and pinch a cookie off me.”

In addition to the buff weka, the island hosts the rare mountain stone wētā – famous for its ability to survive for months in a frozen state – and the Southern Alps gecko.

Both creatures thrive on the island habitat, spending much of their days crammed together in ‘log motels’, made by a local school.

Bellbird, tui, kārearea, piwakawaka and kereru (which have collided with Riley when drunk on fermented berries) are also common residents.

Growing up around Matakana in north Auckland, Riley worked as a deckhand on his brother’s crayfishing boat. He remembers the penny-drop moment he experienced stepping onto the island sanctuary of Little Barrier to sneak supplies to the warden.

“There were kākā, stitchbird and kiwi running around everywhere. On the mainland, I had never seen a kākā, and I’d spent all of my time in the forest,” he says. 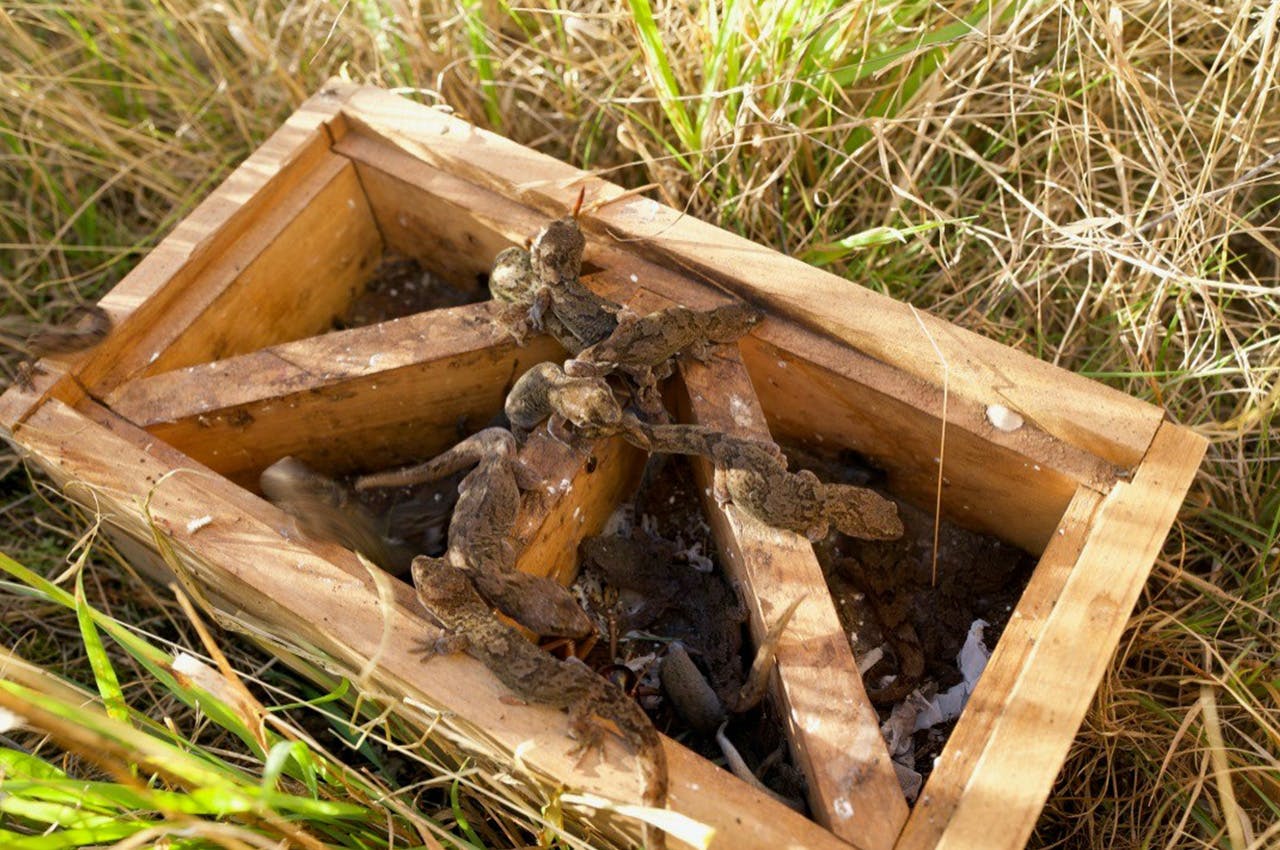 The abundance of life thriving on the sanctuary held a bearing for Riley’s approach to Mou Waho, and he’s been thrilled to see the return of birds like the ruru and tui first to Mou Waho, and soon after, to Wanaka.

Since the wilding pines were removed, Riley estimates more than 8000 natives have been planted on the sanctuary by conservation organisations, community groups and his own hands.

The coexistence of tourism and conservation is a “no brainer” for Riley, who enjoys educating guests on the necessity of pest control.

“You have tourists visiting who would brake instead of running over a stoat. I tell them if they speed up and run it over, I’ll buy them a whisky,” he says.

While Mou Waho remains a zero catch refuge, Riley and his team have had trapping success in the Matukituki Valley where he’s noticed a “haunting” drop in kea numbers.

“It’s merely a matter of getting access, but if you’re doing walks along tracks anyway, trapping is par for the course,” he says.

Planting a tree on every visit is another “obvious choice” for Riley, whose policy is to “leave the island better than we found it”.

He knows he won’t be around to rest under the leaves of the totara he’s planted, but the youngsters who helped dig the holes might be – and that’s true conservation.

“People are already coming back and seeing the trees they planted years ago, so it’s come full circle which is a special thing for me – I didn’t think I’d see it,” he says.

“That’s what I call job satisfaction.”