Marty and Denali Schmidt killed on world’s most dangerous mountain

Conditions on the mountain had been difficult throughout this climbing season, with high snowfall and a risk of avalanches. While other teams chose to return to base camp and abandon the climb, Marty and Denali had ascended from Camp 2 to Camp 3. Marty’s last radio communication took place from that camp and the avalanche likely occurred during the night as they slept in their tent. 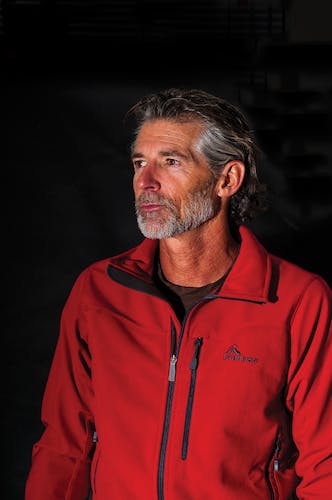 This was Marty’s third attempt on K2, a mountain with a notorious reputation. He had already reached a number of the other 8000m summits without the assistance of bottled oxygen.

American born, Marty had lived in New Zealand since 1988. He grew up in California, the son of German immigrants. In his early years – through the 1970s and 80s – he spent summers either hiking in the Sierra Mountains or climbing in Yosemite with the likes of Ron Kauk, Dale Bird, Jim Bridwell and John Bachar.

After moving to New Zealand, Marty established himself as one of our top high altitude climbers, ascending many of the world’s highest mountains without bottled oxygen – a rarity in New Zealand climbing circles. His ascents included Everest (8848m), Kanchanjunga (8586m), Cho Oyu (8201m), Gasherbrum II (8034m), Gasherbrum I (8080m) and Broad Peak (8051m). He was also a respected climbing guide, with a personalised approach that separated him from most of the high altitude guiding fraternity.

Marty was renowned for his enthusiasm, endurance and climbing ability. In 2010, after attempting a new route on Makalu (8462m), he pulled off a remarkable single-handed rescue of three Ukranian climbers who were stranded high on the mountain, before continuing on to climb it solo.

Marty was in the news earlier this year when high-profile climbers Ueli Steck from Switzerland, Simone Moro from Italy and Briton Jon Griffith had an altercation with a team of Nepalese Sherpa on Mt Everest. Some foreign climbers and Sherpa intervened, trying to calm the situation at Camp 2 enough so that the three could escape through the Khumbu icefall to base camp. Marty was among the first to try to stop the aggrieved Sherpa from attacking the climbers, confronting the angry group and knocking rocks from their hands. He was assaulted by the Nepalese aggressors for his act of bravery.

Denali was born on April 27, 1988 in Macksville, Australia, and was considered a talented artist. He graduated at the top of his class at the California College of the Arts in May 2013. He was also proving to be a strong climber and, along with Marty, climbed a new route on his namesake Mt Denali in Alaska. Denali’s sister Sequoia Schmidt is also an avid outdoor adventurer, alpinist, skydiver, entrepreneur and writer.

Marty and Denali’s deaths are a huge loss to the mountain guiding fraternity and to mountaineering in general.

– Paul Hersey first met Marty and Denali in the early 1990s when they were living in Christchurch.