After talented young climber Ari Kingan lost his life near the summit of Mt Aspiring/Tititea, his close friends retraced his final steps to find out what went wrong. By Matthew Pike

When Ben Dare and Daniel Joll reach the top of an alpine summit after a tough, gruelling climb, they normally embrace in celebration and admire the view.

But on this occasion, having negotiated a previously unclimbed-route up the south face of Mt Aspiring/Tititea, the mood was far less jovial as they looked towards the spot Ari Kingan fell.

They could still see footprints from Kingan and Frazer Attrill’s fateful trip. Only a couple of weeks had passed and they were the first to reach the summit since the accident. Dare planted frozen flowers as a memorial.

“There were two motivators for the climb,” he says. “One was to climb the south face of Aspiring – something I’d wanted to do since I started climbing.

“The other was to offer some closure after what had happened with Ari and Frazer. We wanted to determine what contributed to the accident, so we could provide feedback for questions asked by the climbing community and Ari’s family. We wanted to gain an understanding of what the conditions were like up there.”

Joll and Dare are both mentors for the New Zealand Alpine Team – a group supporting aspiring Kiwi alpinists to improve their alpine skills. Kingan was, and Attrill is, among the country’s best young alpinists being mentored by the likes of Joll and Dare.

The team is small and close-knit, making Kingan’s loss particularly difficult to deal with. “We’re very close friends,” explains Dare, “and it has hit us all very hard, particularly the younger guys, most of whom had never had the experience of losing a friend in the mountains before.”

The shock of such an event happening to someone so close, so recently, affected both Dare and Joll on the climb. “For the bulk of it our minds were elsewhere,” says Dare. “The climbing was tough, but handling the emotional side of it was even tougher. We were also making extra sure we did everything just right, eliminating all risk.

“For the last 50m we shared the same path Ari and Frazer had used and we could see their footsteps in the snow.”

Kingan was a popular member of the NZ Alpine Team. In a statement after his death the team described him as “a capable rock and mixed climber, he was sensible and a solid climbing partner. He was strong, talented, generous and honest. He brought his good nature and willing attitude to every climb and to everything in life.” 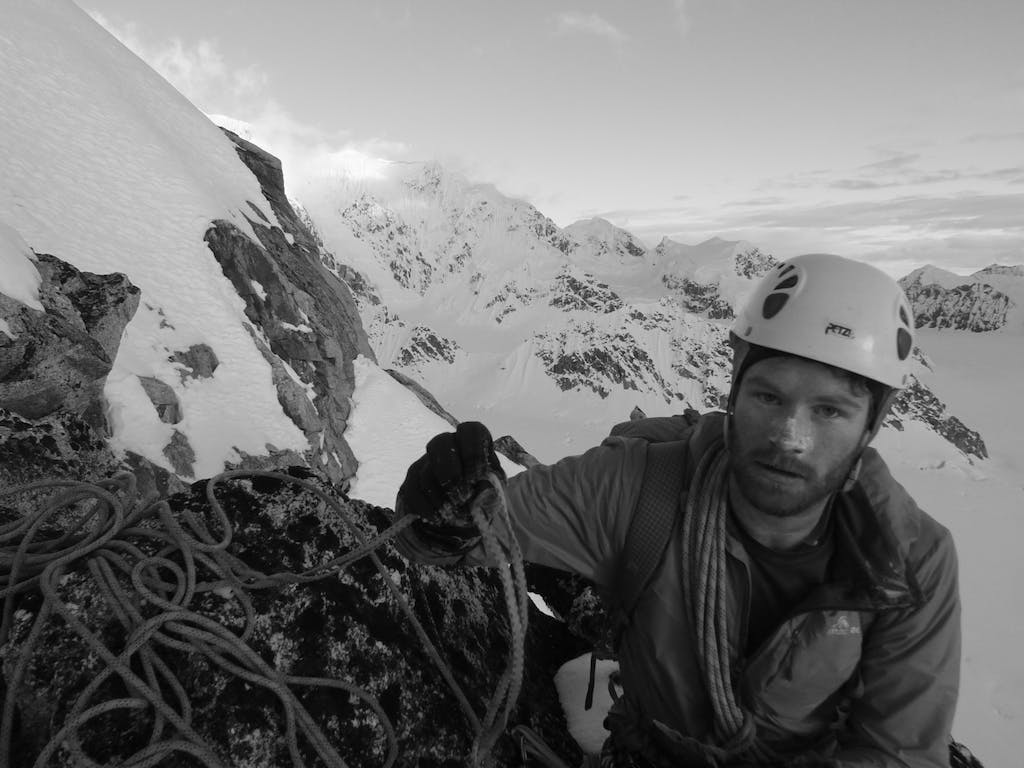 Kingan and Attrill had just climbed a tough route up the south face of Aspiring. Shortly after starting the descent down the North West Ridge in the dark, Kingan slipped on a section called The Ramp and fell several hundred metres to the Bonar Glacier below.

Joll and Dare climbed a different route up the south face and, when they reached the top, tried to determine what must have happened.

“Conditions were similar to how they would have been on Ari and Frazer’s climb, and underfoot it went from really soft snow to hard ice,” says Dare. “We experienced ice hidden under a thin layer of spindrift snow – it’s easy to see how the accident could have happened.”

Dare says it shows that no matter how good you are, you can get caught out. “They had just climbed up a hard route, they were experiencing tiredness and fatigue and it’s a harsh environment up there; there’s no forgiveness.

“I hope we can all learn something from this – when terrain appears mellow and forgiving is when most accidents occur. There are rarely accidents on the hardest part of a climb; it’s often on easier ground when people think they are safe.”

Joll and Dare decided to call their new route Shooting Star after the pastor at Kingan’s funeral described the climber’s short life as being like that of a shooting star. They hope more people climb it in future and say they’ve already had interest from friends who wish to tackle it.

“If someone’s looking for a challenging, technical climb which is more involved than the ridge climb, then the new route’s equal to the hardest previously climbed routes up the mountain.
“The quality of climbing is very good, it’s not too dangerous in good conditions and it pushes you a lot, but not too hard, if you’re an experienced climber.”