More than 100 whio ducklings have been sighted during a recent survey in the Whirinaki Te Pua-a-Tane Conservation Park in the central North Island.

DOC Ranger Jacob De Vries said a recent survey confirmed at least 107 ducklings had hatched on the rivers in the park. “Considering there are only an estimated 3000 whio left in the world, over 100 whio chicks in one security site is an outstanding result.”

Six volunteers along with Beau the detection dog and his handler, DOC ranger Andrew Glaser, helped with the survey.

Volunteer John Black spent New Year’s Eve at Central Whirinaki Hut to count the birds. “Whio are masters of disguise and look just like stones in the river until they move,” said John. “ Seeing new chicks is really rewarding – they are little fluff balls that never stray too far away from their parents.” 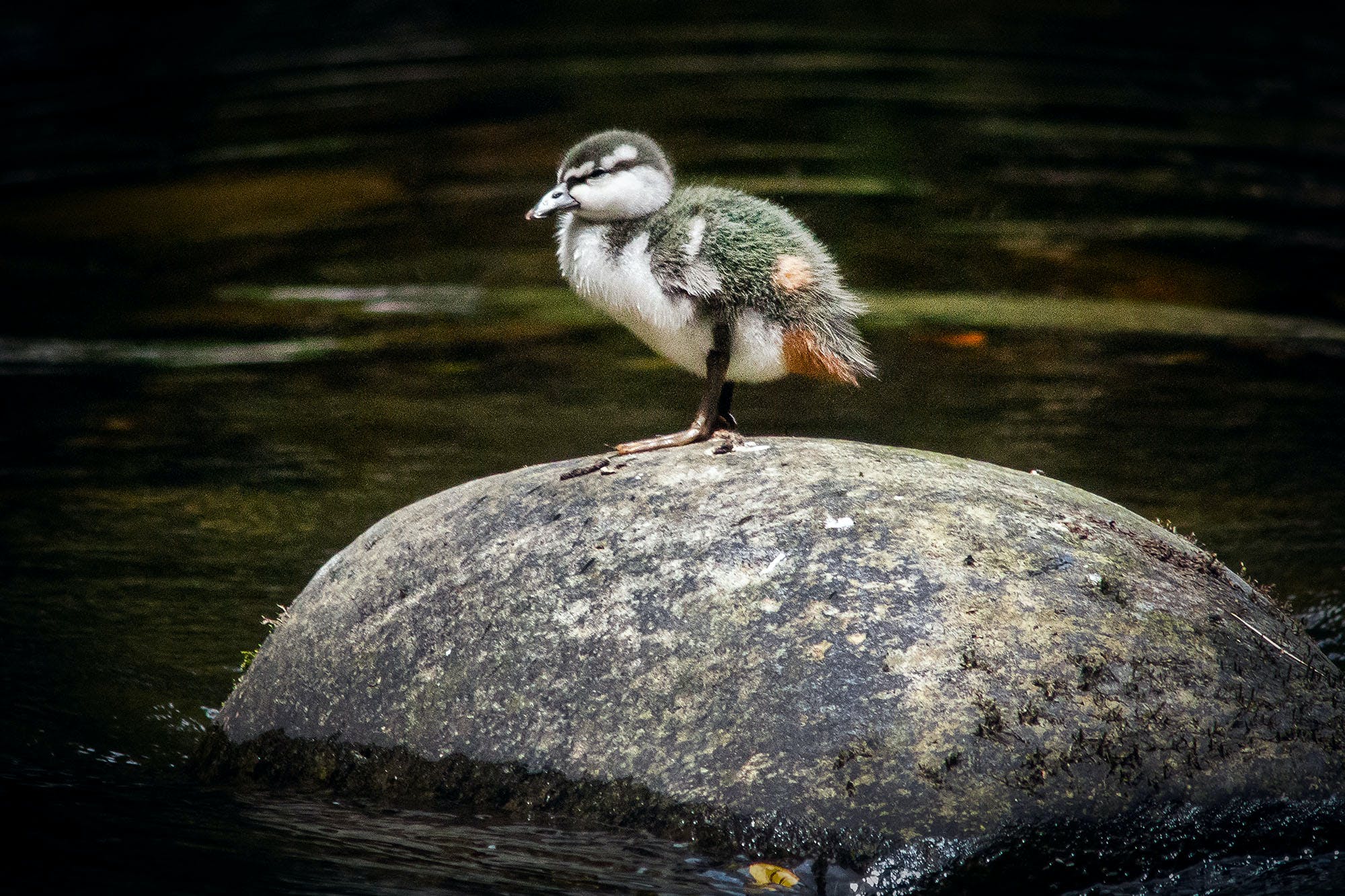 A who duckling in Whirinaki Forest. Photo: john Black

The good results can be attributed to the increasing number of adult breeding pairs in Whirinaki Forest. Sponsorship by Genesis has enabled DOC to double the number of whio breeding sites, boost pest control efforts and enhance productivity and survival for these rare native ducks.

There are currently 38 adult breeding pairs in Whirinaki, protected by hundreds of kilometres of traplines and 1800 DOC200 traps targeting introduced pests like rats and stoats. Without pest control, nest cameras show that nearly 95 per cent of female whio are killed while sitting on their nests.

In addition to trapping, the Whirinaki also benefits from regular pest control operations.

Whirinaki Forest is one of the best places in the world to see whio.  The majority of the park’s easy tramping tracks follow rivers and pass directly through the security site. In particular, the Whirinaki Track and the Moerangi Track offer backcountry huts and opportunity to see whio.