Access
From the end of Kaiparoro Road, off SH2 and just north of the Pukaha Mount Bruce National Wildlife Centre

For a remote, though relatively easy, track in Tararua Forest Park, with the reward of visiting the park’s loneliest grave site, head to Mt Bruce National Wildlife Centre to the north-east of the park.

From the car park, a bit of agile rock-hopping gets you dry shod across the Makakahi River. Follow the rough track for about 200m and then hook right onto a bulldozed road.

This climbs, sometimes steeply, north-west through mature pine forest. After about an hour turn left at a junction onto a marked track through beech forest and uncut bush for approximately 45 minutes, eventually breaking out onto the flat tussock-covered summit of Mt Kaiparoro.

A visit to the nearby trig (808m) provides great views of the Tararua tops. Aspiring botanists will be interested in the red tussock which is found only in the northern part of the range, and especially on the Kaiparoro summit.

To reach the grave site, double back along the track about 300m and at the first orange triangle on a tree after leaving the tussock, pick up an informally marked and faint trail running west and then south down a heavily bushed ridge. On a previous visit, this route was well marked with ribbons and paint spots but on this most recent trip, many ribbons had been removed. Enough markers remain to find your way though, in about 45 minutes, to a plane crash site and grave, 633m south and 116m west of the trig.

In this gloomy place, a steep gully where the sun hardly penetrates, RNZAF officer David Leary lies surrounded by the wreckage of his Airspeed Oxford NZ2124. Leary, aged 27, crashed while flying from Masterton to Ohakea on July 5, 1952. 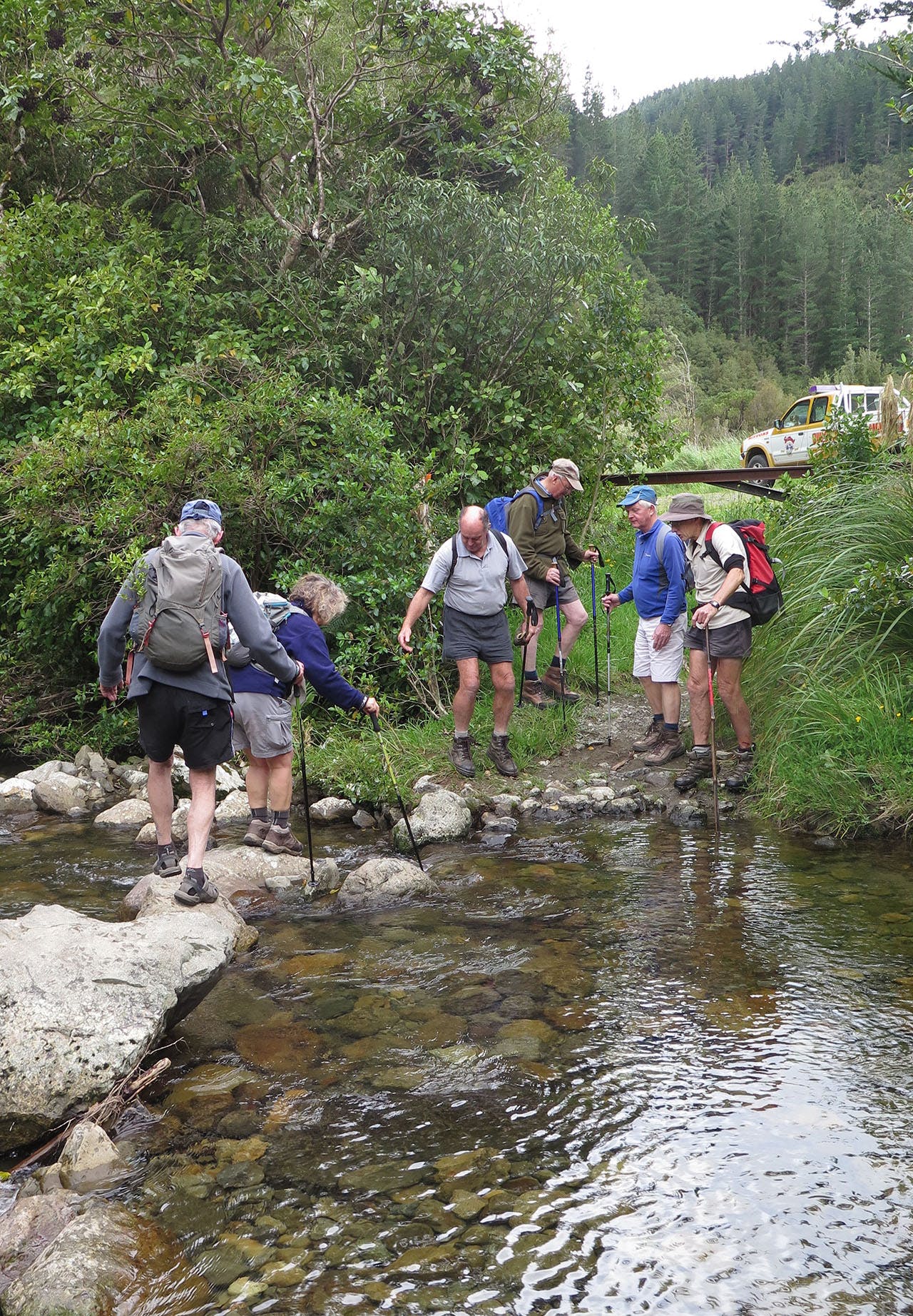 When he failed to reach Ohakea, a massive search was mounted. However, no trace of the plane was found until just over a year later. On July 24, 1953 deerstalkers hunting on Kaiparoro came across the wreckage and Leary’s remains.

A Court of Inquiry concluded Leary headed north from Masterton but apparently turned back, possibly due to bad weather, and found himself in the Makakahi Valley heading towards the ranges. As he attempted to fly out of the valley, he hit the ridge.

Retracing our route to the road end, I reflected that it is sad that Leary is laid to rest in such an isolated place, but he was buried there at the request of next of kin.

NZ2124 was the last of six Oxfords flown by the RNZAF to go missing between 1941 and 1952; four of them in the Tararua Ranges. One crashed in the Pouakai Range in Egmont National Park, and one which went missing on a flight from Wigram was never found.

The Tararua Ranges have other graves, notably the two-man crew of an RNZAF Devon which crashed on Shingle Slip Knob in 1955, but none conjures up the feeling of remoteness and melancholy as does David Leary’s last resting place.