Three Kiwi trampers open up about their health issues, and how it shapes their experiences in the outdoors

After a run of 60 hour work weeks, he was enjoying a hard-earned holiday in Sydney’s Blue Mountains with his wife and two children. The plan was to do very little, to relax and recover from work. However, Davies’ exhaustion – though understandable – was unprecedented. Despite being physically fit, he was sleeping 16 hours a day and tiring on short walks. He’d lost weight, his vision was blurring, and then there was the thirst – it was unquenchable.

Davies’ wife – a nurse – suggested he might be diabetic, and a blood test soon confirmed her suspicion.

Type 1 diabetes is a lifelong auto-immune condition where the body attacks the cells that make insulin. Though it usually occurs in adolescence, it can present itself at any age.

Diagnosis is sometimes followed by an ‘insulin honeymoon period’, Davies says, where life returns almost back to normal with only minimal doses of insulin.

“I finished my masters degree during the honeymoon period, which was lucky as I didn’t have to learn how to manage diabetes at the same time,” he says.

Insulin honeymoons can last weeks, months or even years, but once they’re over, diabetics have to face up to their new lifestyle.

For Davies, this meant realising his outdoor pursuits of mountain biking and tramping wouldn’t come as easily as they used to.

“It feels like you’re ageing quicker,” he says. “I’m 39 now and I should still be robust and able to carry on, but it feels like I’m 70 – like my life has been fast-forwarded.”

It’s the weirdest sensation. I know I’m making a poor choice, but I still make it anyway.”
– John Davies on having low blood-sugar levels

Exercising with diabetes requires the constant monitoring of blood sugar levels to keep it within normal limits. Being too high (hyperglycemic) or too low (hypoglycemic) leads to a range of symptoms, from confusion and dizziness to unconsciousness.

Keeping on top of it while tramping is still a work in progress for Davies as he learns his limits and what snacks work for him. His favourite so far is Mentos.

“They’re durable and if you get them wet or hot, they don’t melt or get sticky. If I’m low, one packet is how much I need, but if I get my insulin wrong, I could go through three packs,” he says. “I’ve had to start calling them my life sticks to stop the kids from eating them.”

Davies’ family and friends are well-versed in what to do should he become dangerously hypoglycemic, as having low blood sugar levels in the outdoors could be deadly.

“You need a set amount of sugar feeding your brain, and if you don’t get it, you become confused and make poor choices,” Davies says. “It’s the weirdest sensation. I know I’m making a poor choice, but I still make it anyway.”

While confident his kids, 10 and 12, can recognise the signs of a low and get him the help he needs, Davies regrets the pressure it puts on them.

“I don’t want to put them in that situation,” he says. “I want my kids to feel they’re just getting out there, and getting a positive spin of being in the outdoors.”

Davies says the most important thing for diabetic trampers is to walk with people who recognise the signs of a low, and to rise above the stigma of diabetes and be open about the condition.

He also recommends taking a spare blood glucose tester and batteries, snacks that survive the cold, wet and heat, and keeping the blood glucose monitor in a small dry bag close to the body, to keep it warm. 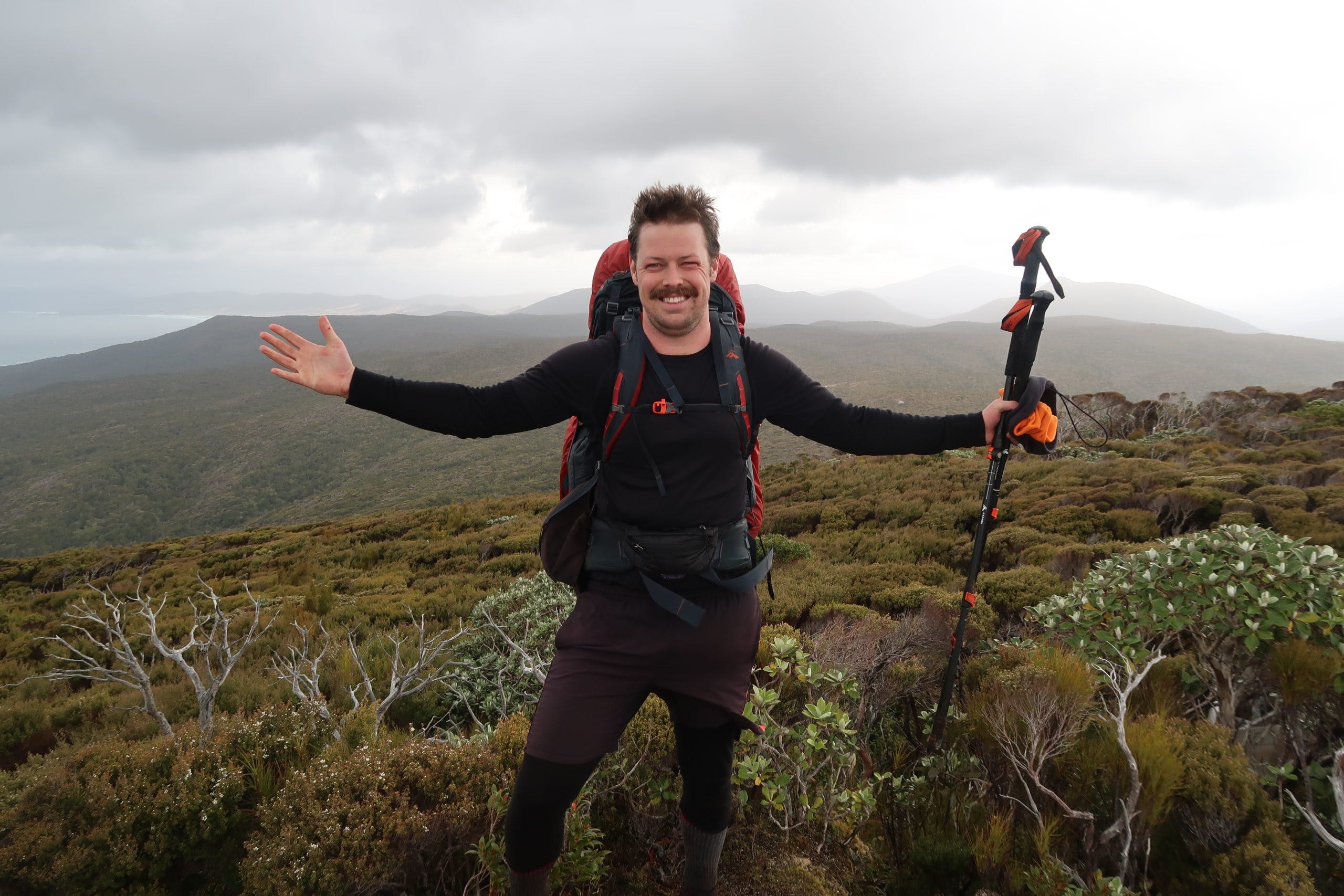 Auckland radio producer Ben McDowell says the doctors knew from the get-go that something was wrong  with his heart.

“When your baby goes blue, something’s not right,” he says.

Shortly after he was born in Christchurch, the now 27-year-old was flown to Starship Children’s Hospital in Auckland to repair a hole in his heart.

It was to be the first of four open-heart surgeries of his life to date, and he’s likely to need another, he says – it’s a matter of when.

“It’s a bit of a balancing act of doing it now when I’m healthy and fit or waiting until the s..t hits the fan,” he says.

Living with a heart condition has meant a lifetime of regular hospital check-ups for McDowell, and the accompanying cautionary ‘doctor chats’.

“They’d say you’re going to struggle a lot more, and you’re not going to be able to keep up,” he says. “I always thought: ‘why can’t I, when I feel fully fit and able to do everything?’.”

In routine fitness tests, doctors would ask McDowell to push himself to where he was comfortable. His response? “What’s a normal athlete doing?”

“The hardest thing you’re told as a heart kid is that you’ll have a different limit,” he says.

Though he kept active and enjoyed sports growing up, long-distance hiking seemed to be the ultimate test of endurance and fitness, so in 2017, McDowell set off from Picton to walk the South Island leg of the Te Araroa Trail.

“I finally found my limit, and it was well above where I thought it was,” he says.

The long days and consistency allowed McDowell to ‘get into the swing’ of the demanding trail, and he soon found himself finishing sections ahead of schedule and  skipping huts to  press on and camp.

“You get to a point on every thru-hike where fitness is no longer a factor, and your worries are whether it’s going to  rain, or when is the next stop for a beer,” he says.

Though he has moments of real fatigue, McDowell says his biggest tramping obstacles are altitude and the cold.

“When I’m hiking with a mate, and they’re sitting in their t-shirt in the hut, I’ll notice I’m quite cold,” he says. “I need to be putting on that second layer instantly when I stop, but I’ve never had any real issues.”

The ‘fun-meter’ ran out for McDowell  on the St James Walkway. In poor weather, he rolled his ankle and decided to call it quits so the trip would end on a high.

“I definitely have the long distance bug,” he says. “Every second weekend, I’m looking at the Appalachian Trail or the Pacific Crest Trail.” 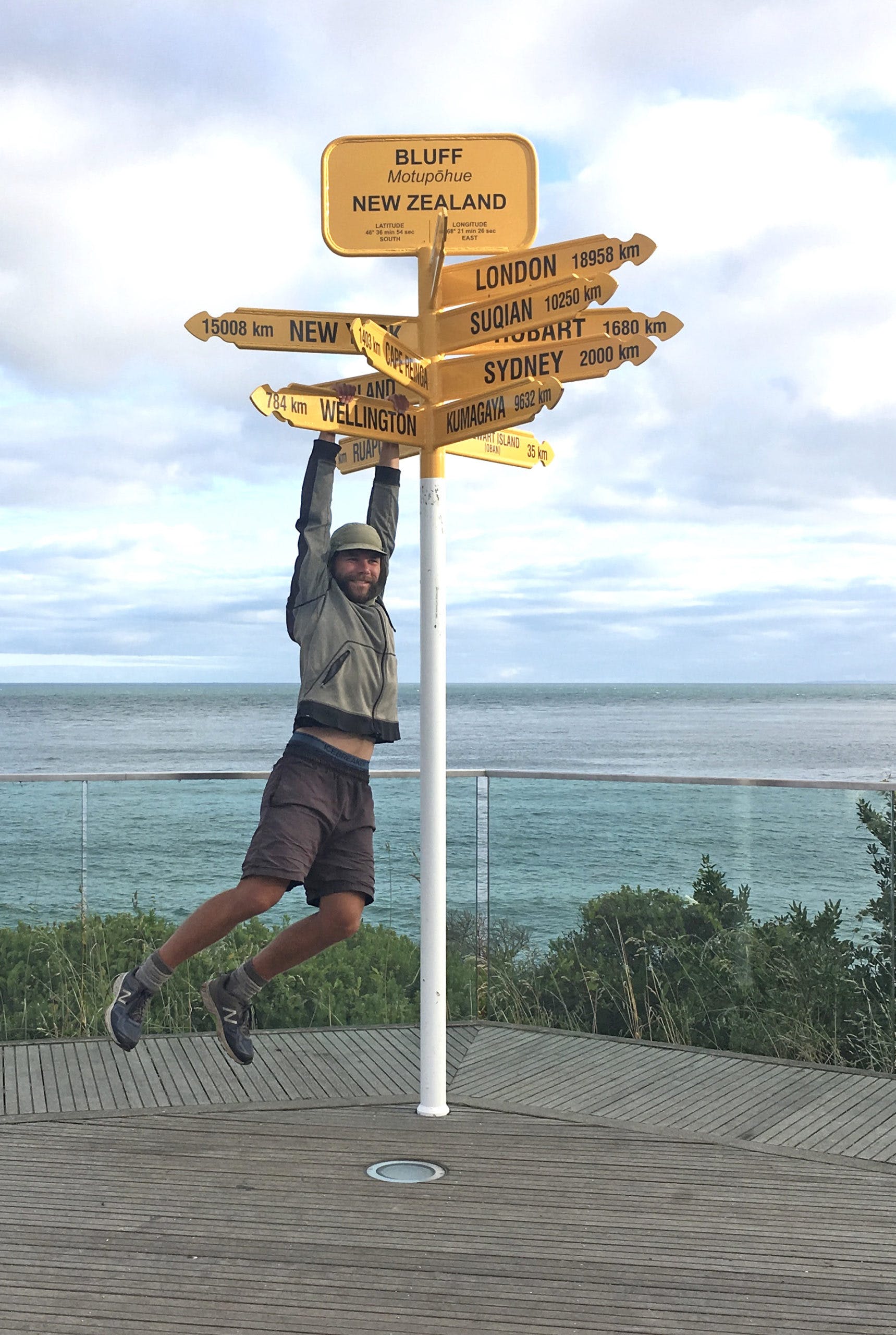 Taking all in his stride

For Troy Wood, the Te Araroa Trail was the accumulation of a 10 year journey dealing with ulcerative colitis – a form of inflammatory bowel disease (IBD).

He and partner Jordyn, completed the 3000km trail in the 2019/20 season, after a bumpy ride with the disease that included hospitalisations and many days spent in close proximity to the bathroom.

Ulcerative colitis is an inflammation of the large intestine and rectum that can cause abdominal pain, diarrhea, exhaustion, bloody stool and weight loss.

“People tend not to understand that you’re unwell or unable to control the sounds and smells your body is making,” Wood says. “I’ve had many times where it’s been hard to explain to people what’s going on.”

Ulcerative colitis ‘flare ups’ can cause chronic fatigue and drastic weight loss, leading to accusations of laziness and criticisms of body image, but Wood has learned to take this all in his stride.

“I try to remember to be easy on people,” he says. “There’s a huge lack of knowledge about the condition and in most cases people mean no harm to you.”

The biggest challenge Wood faced on the thru-hike was diet, as dried fruits and nuts don’t bode well with ulcerative colitis.

People tend not to understand that you’re unwell. I’ve had many times where it’s been hard to explain to people what’s going on.

“We tried our best to vary our diets and carried plenty of fresh fruit and veggies,” he says. “This gives the body plenty of prebiotics and just helps in general to keep your digestive system in good working order – the downside of this was that our packs were a little heavy sometimes.”

Filtered water was another must, as catching a bug with ulcerative colitis “would have kicked me out of any  backcountry hut”, Wood says.

Despite its challenges, Wood says being in the outdoors can provide some relief to his IBS, as well as holistic health benefits.

“With stress playing such a large role in my flare ups, nature provides an amazing foundation for meditative practices which help calm the body and mind,” he says.

Wood’s meditation practice involves breathing exercises and accepting that everything is subject to change – admittedly difficult to achieve in a swarm of sandflies, he says.

“The big challenge is to then take that peace you find in the middle of nowhere and bring it back to your everyday life.”

In the last stages of the South Island, Wood’s condition worsened.

“It was difficult to put my body through the pain of a flare-up while tramping for what would be at least two weeks to the finish, however, sometimes you need some stubbornness, and although it was hard, we got there,” he says.