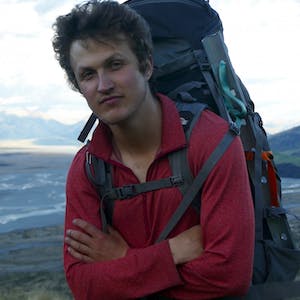 Features: Marmot uses Thinsulate’s new Featherless synthetic fill which consists of a blend of superfine threads of polyethylene and polypropylene that is claimed to match the performance of 700-loft power down. The shell and lining are ripstop nylon, sewn into a grid pattern to secure the fill in place.

It comes with a large hood, a baffled zipper with chin-guard and three zippered pockets: two hand warmers and one internal pocket that doubles as a stuff sack. A hem drawcord helps keep drafts out. It weighs 476g (m), 380g (w).

Fit: The fit suggests it is designed to be worn as an outer layer. The torso is relatively boxy, which is fine for an outer layer, but the sleeves have so much extra room that they hung like loose skin when I outstretched my arms. The elastic hood and neck opening are also quite cavernous. It is clearly designed to fit over a helmet, but a cinch cord to seal it against the cold would make it more versatile.

Comfort: The Featherless has the most insulation of the three synthetic jackets reviewed, so it should be the warmest. And it is, but not by much. Its loose fit and wide hood create more space to be warmed and this increases airflow more than I’d like. That said, it does feel more like a downie than any other synthetic jacket I’ve used to date. Its nylon lining is comfortable enough but doesn’t have the plush silky feel found on other jackets.

In use: Combining good warmth for weight, and windproof and waterproof credentials, the Featherless is a good choice for those looking for an insulated layer that performs well in all conditions. The jacket works best as an outer layer for wearing around camp or town. Its bagginess and average breathability make it less suited as an active layer. It’s also heavier and less packable than alternatives, so it’s less well-suited to trips where shedding grams is of the essence.

I was disappointed to notice that the jacket started leaking threads of insulation after only a few uses. It wasn’t enough to be concerned about the jacket’s durability, but I don’t like the idea of shedding microplastics into the wilderness.

Value: The Featherless is priced at near the top end for synthetic jackets and those wanting a winter jacket nearing the warmth of down without down’s drawbacks should be happy enough.

Verdict: The jacket delivers great warmth without the drawbacks of down but suffers from a baggy cut and a drafty hood.