Every tramper can identify with Type 1 and Type 2 fun, but is it time to rethink the paradigm?

follow a lady from Christchurch on social media who has just started tramping. She recently posted an Instagram story in which, between puffy breaths chugging up a peak, she questioned why she keeps doing this when it’s so hard.

I responded: “It’s because you’re a Type 2 fun addict now. Welcome to the madness.”

You’ll likely be aware of the distinction between Type 1 and Type 2 fun, and if you haven’t heard of this construct before, as a Wilderness reader you’re guaranteed to identify with it. The idea was proposed by Rainer Newberry, a geology professor at the University of Alaska, in 1985, and it is cemented ideology in outdoorsy circles.

Type 1 fun is the sort that normal people know as fun, such as sitting in the hot tubs in Queenstown, drinking champagne on a boat, heliskiing in powder, downhill mountain biking using lifts or shuttles, or anything involving an e-bike. Some of these are extreme examples (well, except the e-bike, which is the very antithesis of extreme), but the idea is that it’s constantly fun and you don’t want it to stop. Here’s the key thing: it’s fun to do at the time, and it’s fun to think about afterwards, particularly if you want to update your social media.

Type 2 fun isn’t fun at the time (at all), but it is fun in retrospect. Think: hard tramping, mountaineering, or running ultramarathons – pastimes or trips that are often referred to as ‘character building’, or require you to tote a poo pot. You’ll never forget that time you bush bashed in the dark while being snowed on and wondering if you’d ever make it back to the car – the experience is seared into your memory. Depending on your occupation, it’s better than being at work (but only just). And it’s irritatingly addictive: as soon as you’re finished your Type 2 fun session, you start thinking “it wasn’t that bad” and planning the next trip.

There is a case, though, for further types of fun. Thinking about fun in terms of these two characteristics demands that a matrix exists.

Therefore, there should also be Type 3 fun. It’s fun to do, but not fun afterwards or fun to talk about. A great example would be having an affair, going to the same pub you always go to (especially if heavy drinking is involved) or, in an outdoors context, doing a moderate bush walk that you’ve done plenty of times before. Sure, it’s fun, but you probably won’t post about it on social media (in the case of the affair though, good luck if you do).

Type 4 fun is formerly known as Type 3 fun by some advanced users. Type 4 is not fun to do, not fun in retrospect or fun to talk about, and someone usually went home in an ambulance – in other words, it’s not fun at all no matter which way you look at it. It may also feature lasting injuries and/or a PLB activation. Type 4 fun can be further explored by reading almost anything written by Jon Krakauer or which involves expeditions led by Ernest Shackleton. Advanced Type 4 fun may haunt you in your nightmares, require counselling, or have resulted in your first time  eating roadkill in order to survive. 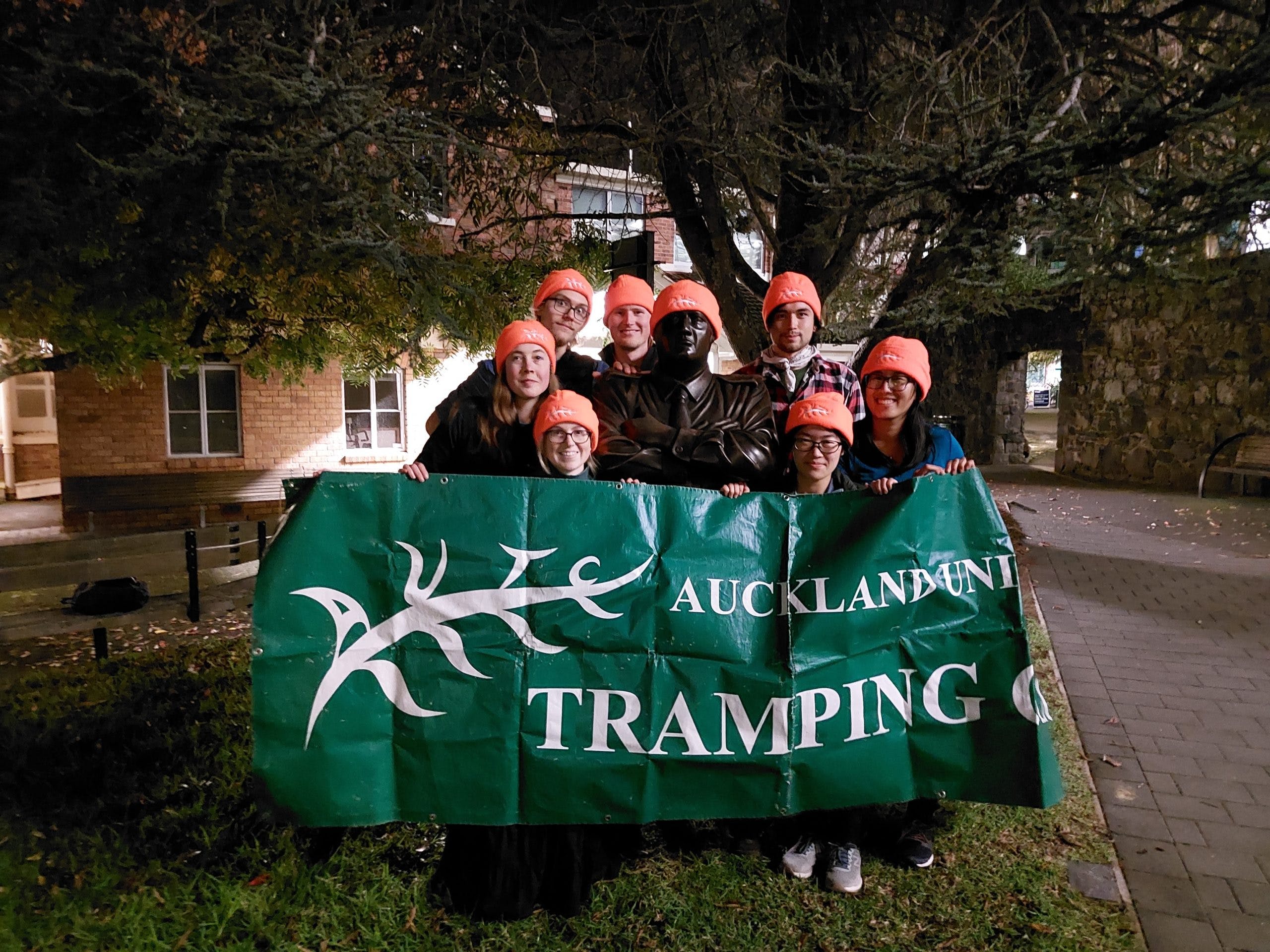 Type 1.5 fun swings between Types 1 and 2 because it’s part-fun, part-suck – such as ski touring and mountain biking. These are Type 2 on the uphill but transition to Type 1 on the downhill.

I recently came across Type 0 fun, a concept pioneered by the Auckland University Tramping Club. Member Sacha Knight described to me how Type 0 fun occurs when conditions are such that you are prompted to don a ‘rescue orange’ polar fleece beanie (users may purchase one from the NZ Safety website for $5.90; also available in a fetching ‘panic yellow’), presumably because the weather is so bad your head needs a thick layer of insulation and members of the party need extreme visibility.

“Once you put on the beanie, whatever type of fun you’re having automatically resets to Type 0 fun, and off you go,” Knight says. AUTC members are such enthusiasts of Type 0 fun that the club has ordered 100 orange beanies with its logo on in preparation for extreme fun times ahead. (No, none of this makes sense, but university tramping clubs excel at illogical hilarity.)

Mountaineer and ultrarunner Alastair McDowell, whose exploits at first glance would seem to mark him out as a classic Type 2 fun enthusiast, reckons that the concept is in fact better represented by a timeline, as levels of fun change over time (see graphic), making Type 2 a gift that keeps on giving.

“Categorising fun in such a binary way ignores the transient nature of fun with varying magnitudes. I prefer Type 2 fun because it only gets better with time, whereas Type 1 fun quickly diminishes after the activity. With Type 3, the regret is long-lasting, and though Type 4 is the least fun overall, in time you might experience healing that supersedes some of your worst regrets.”

The important thing, says McDowell, is that the actual time spent doing an activity is tiny compared to the infinite time afterwards. “This explains why tramping is so addictive, even though it’s not fun at the time.”

I think he’s onto something. But wherever you enjoy sitting on the fun framework, life is too short to eschew fun in any form. The best combination is Types 1 and 2 – so next time you’ve been on a tramping bender that doesn’t end in an ambulance ride, take yourself off for a drink at the pub (but just the one or two – we don’t want any Type 3 incidents, now). And remember, it’s important always to be prepared for fun – with a Type 0 orange safety beanie, of course.