After discovering the latest Wilderness in the letterbox on a cold, rainy afternoon, I started browsing through it in hope of being carried away to some distant mountains.

With great interest, I read Pat Barrett’s article ‘Edison Epic’ (Waypoints, July 2017). Having spent many happy days in the Hooker Range area, I was excited to discover the seldom-visited Edison River featuring in the magazine. I recognised Mt Hawkins in the photo. What a place!

Mt Dechen is said to have New Zealand’s only icecap glacier. On a trip to Mt Dechen via Mathers Peak last year, I was surprised to find its summit consists of schist plates. I wonder whether it has always been like that, the top dissected by quite a distinct rib of rock, or whether its ice-cap glacier has receded in recent years?

Either way, Wilderness inspired some welcome reminiscing on a gloomy day.

– Nina receives a Peak to Plateau Herders Beanie worth $50 from www.peaktoplateau.com. Readers, send your letter to editor@lifestylepublishing.co.nz for a chance to win.

I recently spent 10 days tramping in Mt Aspiring National Park. At the end of a hard day, it was rewarding and reassuring to end up at a warm, dry and clean hut. The one exception was Siberia Hut.

During the morning, a commercial guiding company flew in 10 clients and their two guides. The group was polite and helpful, but its size meant they dominated the hut. While the guides were cooking, the kitchen area resembled a commercial kitchen. Trampers arriving late in the afternoon had no chance of getting a seat, let alone a bunk.

If DOC must raise money by offering concessions, then alternatives exist. The private huts on the Milford Track are discretely located, and don’t impinge greatly on the users of the public huts. Allowing the guiding companies to set up private tent sites away from the huts could be another option.

Our backcountry hut system is a magnificent public asset. Let’s keep it for the public. 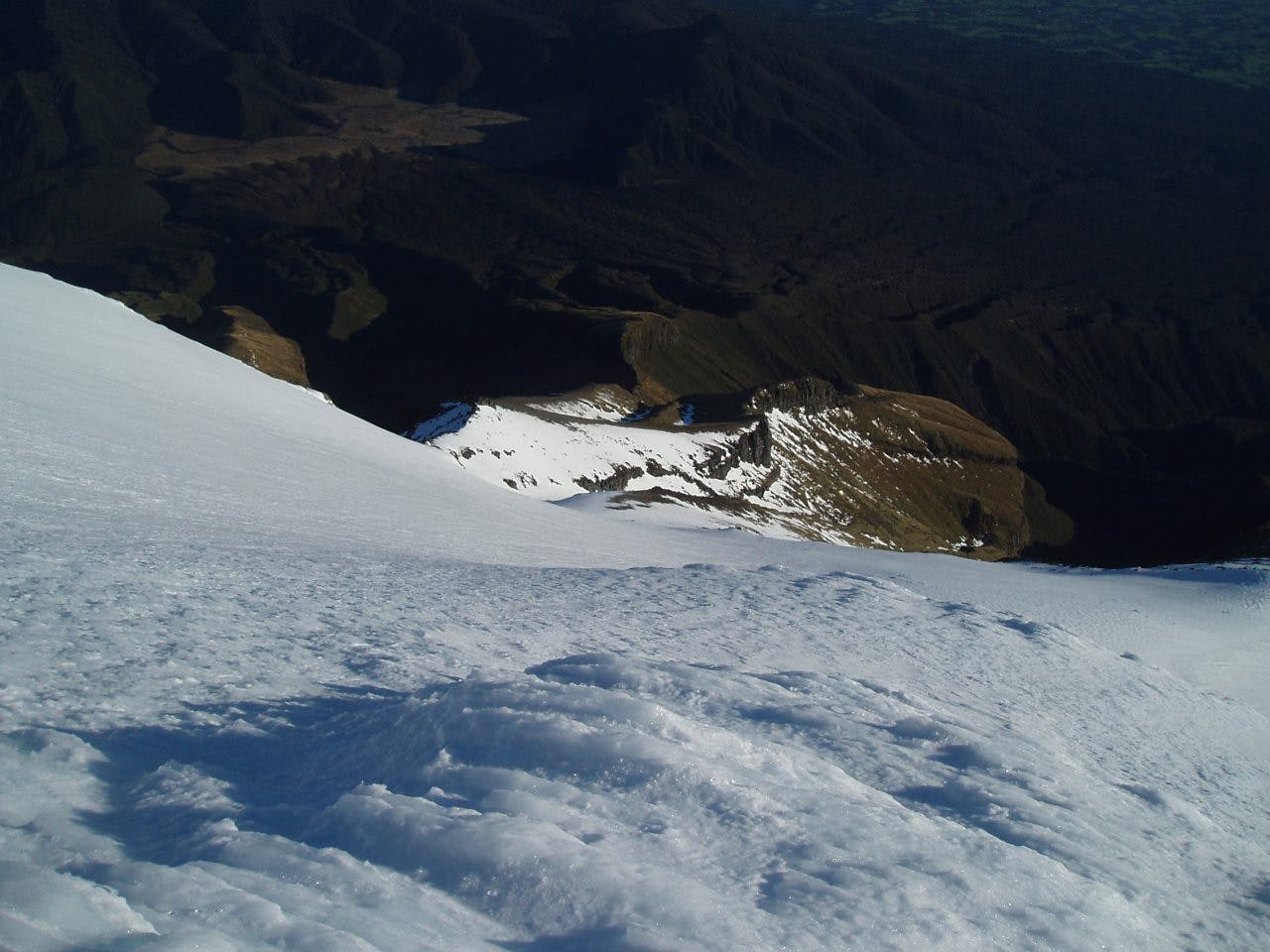 On several occasions in winter, I have found the upper slopes in ‘bulletproof’ conditions which are potentially lethal in the event of any kind of slip. Self-arrest would almost certainly fail when it is this icy. These conditions occur regularly due to the moist windflow off the Tasman sea.

I suggest trampers aspiring to climb the mountain build up their skills and ability to judge conditions by climbing with more experienced people and attending instruction courses like those offered by NZ Alpine Club or the Taranaki Alpine Club.

Winter is a great time to get into the hills, but a course or two from professional instructors will help ensure you come back to tell the story.

My wife and I arrived home from a wonderful four days walking the Kepler Track, only to find that our MSR portable stove bottle and pump had been taken from my pack and destroyed.

At Wellington airport I discovered ‘security tape’ around my pack. Inside was a ‘notice of baggage inspection’ stating Queenstown Airport security had done this after we’d checked in. The empty bottle and pump had been deemed to be a ‘dangerous good’ that could not be carried on the flight, despite my having drained the bottle and leaving it to air for hours after the trip. I was appalled. How could this have happened?

I wrote to the Airport Security Service to ask the following question: How can trampers make stoves that have a pump that screws into the specialised fuel bottle, safe enough, so they can be taken  on domestic flights, rather than having them taken and destroyed.

I received a considered response, pointing me to aviation industry standards and regulations and Air New Zealand policies. The key message was: Camping stoves and their fuel cylinders are classified as ‘dangerous goods’ and need the approval of the air operator to travel in checked baggage.

Carrying a copy of the relevant part of the aviation regulations to show the check-in person may help.

I am still miffed that my bottle and pump were disposed of, but I’ve sucked it up, forked over  $130 for a replacement, and am determined to avoid a repeat performance.