Over labour weekend, two friends and I tramped Mt Pirongia. It is a challenging tree-rooted, muddy and steep track.

Coming down, I was taking photos of my friends and the boggy track. As I went to take a photo, I realised my camera was missing. My friends continued on, while I dropped my pack and retraced my steps to the last photo taken and then carefully searched as I made my way back to my pack. No luck.

Consoling myself with the thought that it had been a great tramp, and it wasn’t really a tragedy, I finished the tramp. I was mostly disappointed for not having downloaded recent holiday photos from Germany.

As it transpires, Abigail, from Auckland, had noticed my camera hanging from a bush. I had threaded the camera case through a shoulder strap and while swinging my way around the edge of a boggy section of track, the camera strap caught on a branch and was whipped out of the case.

Abigail trawled through the photos, finding one taken in 2013 while I was on a rafting adventure. In the background is a truck with the sign writing of an electrician and his phone number. The electrician’s son had borrowed the truck to tow a raft to the river. Abigail rang this number. She talked to the electrician, who contacted his son. She sent the photo to him. He recognised the trip, and contacted my son. The camera was described to my son, and all the clues lined up.

My camera was found through Abigail’s perseverance. I am very appreciative of her efforts as it is not just the camera she has returned to me, but the memories it holds.

I would like to say thanks to Abigail, not only for her fine investigative work, but also for displaying empathy for another tramper. This is what tramping is all about.

Carolyn receives a Deejo Black 37g Juniper Wood knife worth $79.99. Readers, send your letter editor@lifestylepublishing.co.nz for a chance to win.

I’m sure I won’t be the only person to point out an error in the story ‘Walking in Paradise’ (October 2016).

One does hesitate to presume to correct ‘The Oracle’, however, the reference to the ‘rustic Rockburn Hut set in idyllic surroundings’ on the Sugarloaf/Rock Burn track needs to be corrected. That hut no longer exists – it was damaged in a storm and DOC subsequently removed the hut, and the ‘idyllic surroundings’ now serve as a backdrop to a day-shelter serving a feed to passengers on the Dart River Jet trip. 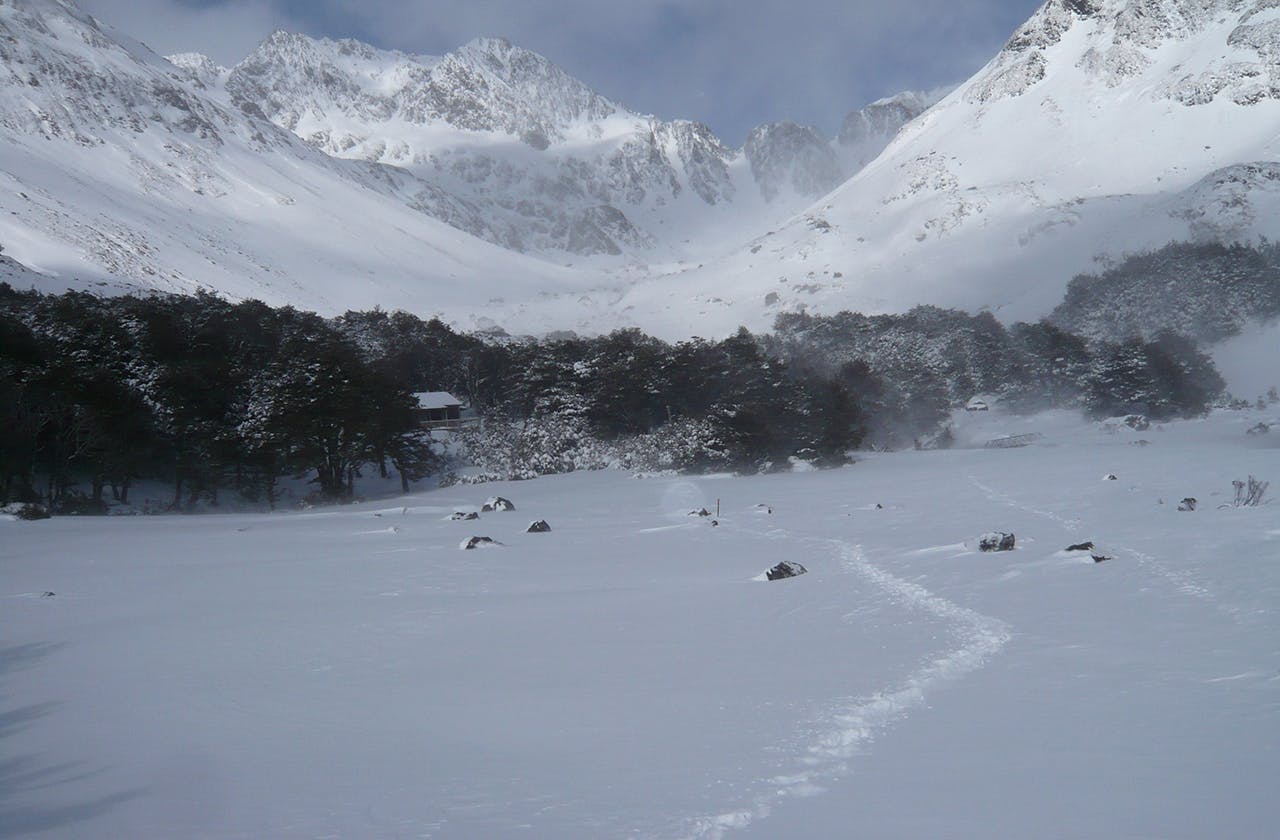 In early September, our group of two Kiwis and three Aussies did the Travers-Sabine route in Nelson Lakes National Park in terrible conditions.

One of our party, Geoffrey Clark, took this photo on our departure from Upper Travers Hut while there was a lull in the blizzard we had experienced on the crossing from the Sabine Valley.

I was impressed with the photo as it really shows the ruggedness and isolation of the environment. Behind the hut you can see the route to Travers Saddle, before it veers to the right between the two high ridges.

I hope your readers are also impressed with photo’s starkness.

Thanks for the jacket

Recently, I was surprised and delighted to win a Marmot Precip jacket as part of a Wilderness subscription competition (April 2016).

We were driving home after finishing the Old Ghost Road ride when I received a call telling me of my good fortune. It goes without saying that Marmot enjoy a reputation of producing a quality product and the same can be said of  Wilderness magazine. Last year, we returned to New Zealand from Australia where I have been working for 35 years; primarily to reacquaint ourselves with the NZ outdoors before getting too old. One of the first things I did was subscribe to Wilderness to get up to date on all things outdoors.

I am impressed by the ability of New Zealand to produce and support such quality magazines. This was not the case in Australia, where one climbing magazine closed recently.

I am pleased to note that our wonderful outdoor surroundings are just as appealing and relevant as they were in my youth, and judging by the numbers of overseas visitors we meet in the mountains, I am not alone in my appreciation. I hope our government realises how lucky we are and will support sustainable outdoor tourism in all its forms.