Sarah Hay is one of New Zealand’s best rock climbers, and could be a contender for Tokyo 2020.

It’s an uncommon origin story; how does one go from being a professional flautist to one of the best rock climbers in the country?

Auckland born and raised, Sarah Hay, 32, was playing the flute in the Royal New Zealand Navy Band about a decade ago when a friend took her to a couple of outdoor crags.

“I was immediately hooked,” Hay says and she began climbing every day, using her daily  physical training session to head to the climbing area at Auckland’s Mt Eden quarry. Around the same time, she started working part-time in the evenings as a climbing coach at indoor climbing gym Extreme Edge. Eventually, she began competing and, in the last couple of years, she’s dominated every climbing competition in the country to become the national champion in both lead climbing and bouldering.

Rock climbing is steadily growing in popularity in New Zealand; Hay says nearly every weeknight and weekend is packed at Extreme Edge. The sport attracts a diverse age range; it’s not uncommon to see a 10-year-old on the kids’ wall and a 60-year-old on the top-ropes just across the room.

“You can learn your craft in the gym, as a five-year-old, and progress to being an elite athlete. It’s accessible, it’s fun, and it’s way better than running on a treadmill,” Hay says. 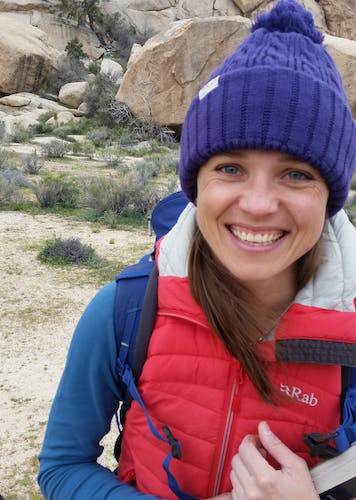 The sport’s popularity is worldwide, and its inclusion in the 2020 Tokyo Olympics is further evidence. The climbing category will be split into three events; sport climbing, bouldering and speed climbing. Each athlete will compete in all three disciplines, the medalists will be chosen based on the combined results.

While Hay has ample experience in both lead and bouldering, speed climbing is new to her because there are currently no speed climbing walls in New Zealand. She’s interested in competing, but recognises that if she wants to be a contender, she will need to diversify her training.

“The Olympics has heightened the awareness of climbing – it can turn a hobby into a profession, and it means there are a lot more opportunities available now for climbers,” she says.

Becoming a professional climber requires focused training, Hay says – and it’s not all physical. Conquering nerves is a challenge in itself, and it can
make or break a climb for her.

“I’m working on my head game, because I put a lot of pressure on myself – especially in competitions, I get super nervous and I’ll psych out halfway through the climb, just because I’m nervous or jittery,” she says. “I’m working on being calm, and being confident, and reminding myself that I’ve done the training, I’ve done the hard work, and I’m good enough to do it, and not worry about what other people are doing around me.”

Her physical training is constant, from circuits on the bouldering wall to long endurance climbs and pull-ups.

In addition to training and coaching, Hay is building a new indoor climbing gym, Northern Rocks, in Albany. The 2100㎡ gym will have a 17.5m climbing wall, a 15m speed climbing wall, bouldering walls, automated climbs for children and a yoga studio.

Until then, it’s nonstop training for Hay; she’ll be climbing in the Oceania competition in New Caledonia later this year.