Most trampers will have mistakenly identified their location by misinterpreting the geographic features on the ground. This is known as confirmation bias and it can delay the realisation that they are off course, thereby increasing the danger they are in. The longer someone is off course, the harder it is, physically and mentally, to get back on track.

Confirmation bias may also mean you believe you are closer to your destination than you actually are. Psychologically, it’s a blow to discover there’s still a long way to go. That’s why it is important to actively consider confirmation bias during your tramp and always be looking for features that confirm you are wrong. Here are two examples of how confirmation bias can be negated.

1. Wrong spur?
Imagine you are tramping from Waiohine Campsite at the road end to Cone Hut, as shown on the map below. Well-formed animal or hunters’ tracks may lead you to take the spur marked by the pencil. In your head, you confirm this from the direction of travel and the junction, which is on the flatter part of the ridge after Pt682.

But to eliminate confirmation bias, you need to make a conscious effort to look for why this may be wrong. The two major clues are that the red trail is too soon after Pt682, and on the opposite side of the ridge where the red track turns off there is a creek, while opposite the correct track there is another spur.

If you notice your mistake too late, you may have already gone a fair distance down the animal trail and it may become difficult to continue to descend. It could also be quite hard to have to climb back up. 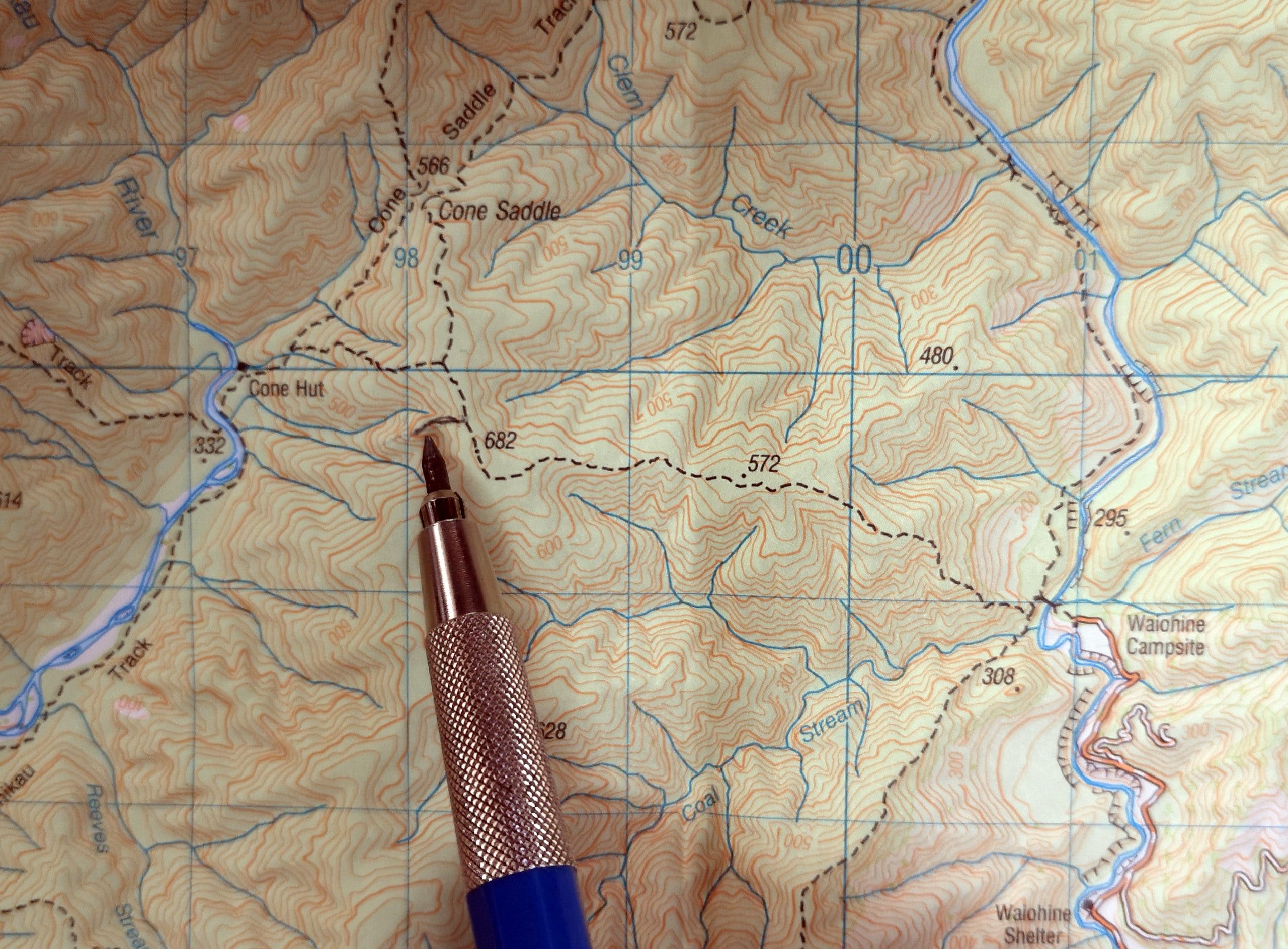 The spur near Pt682 is similar to the track to Cone Hut, but it likely leads to bushbashing

2. How far is your destination?
In another example, consider you are walking to Tutuwai Hut. When you come to Rodgers Stream you may think you are actually at Slip Stream, and much closer to the hut than you really are.

You confirm you are correct by looking for the bend in the stream and a bend in the track beyond the stream. Both Rodgers and Slip streams have similar features.

With a conscious effort to look for why this may be wrong, you should notice a stream (Kotukutuku Stream) directly opposite Rodgers Stream whereas at Slip Stream there is no stream directly opposite.

When you realise you are at Rodgers Stream, you have a better idea of how much further it is to the hut. If you don’t realise your mistake, you’ll be thinking for a long time that it’s ‘just around the corner’. 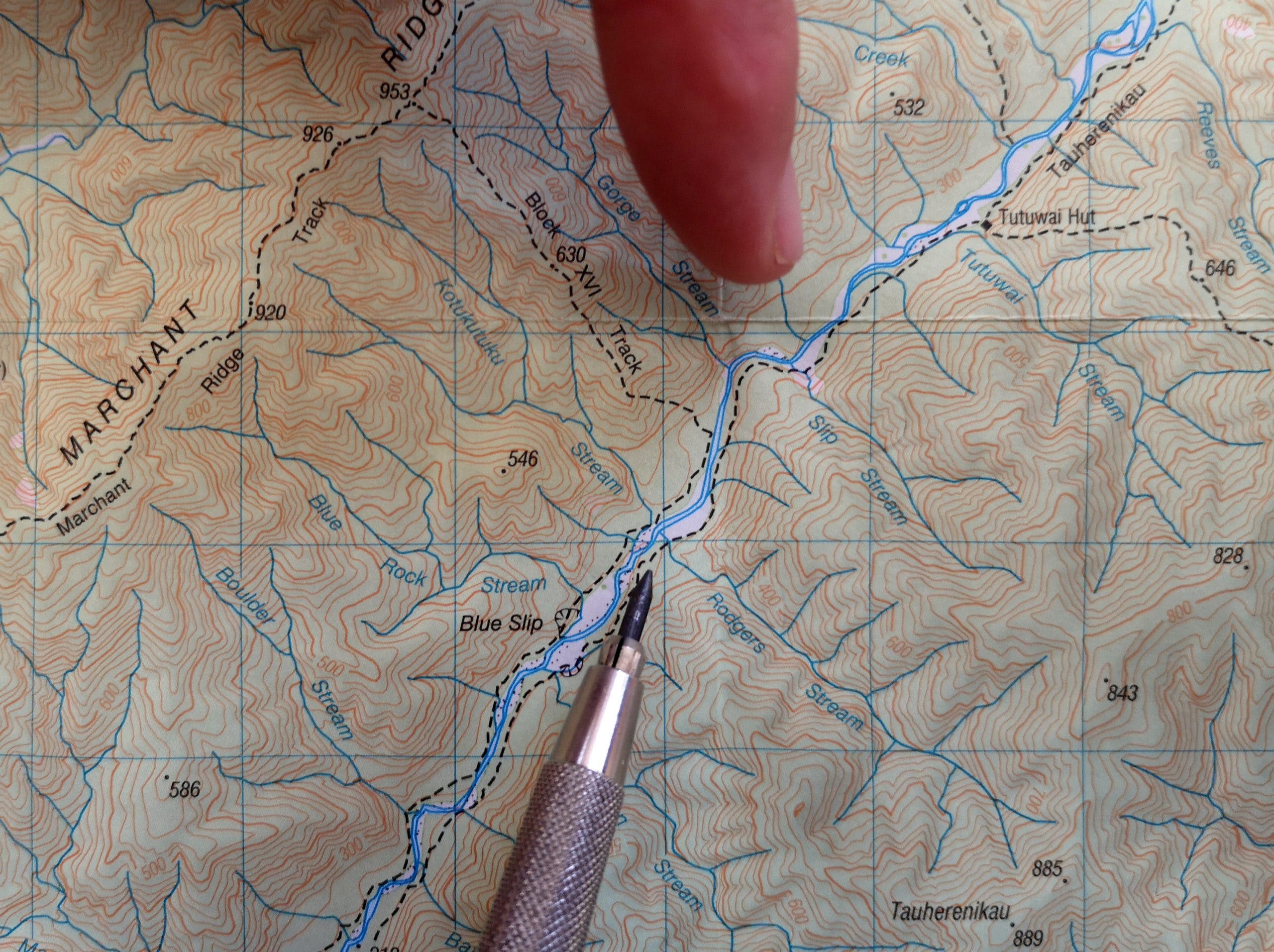 Rodgers Stream can easily be mistaken for Slip Stream on the map – can you spot the difference?