Walking on a bearing is simple in good visibility, but what happens when you travel in fog or terrain without landmarks?

When walking a bearing, you can usually face the bearing, pick an identifiable feature and walk to it. This technique works well in open terrain, but it can be foiled by bad visibility or a lack of landmarks such as when travelling in dense bush. The leapfrog technique uses two or more people in the place of landmarks. Here’s how it’s done.

2. One person (the marker) stays put, facing the bearing. To do this they hold the compass flat with the direction of travel arrow facing away from them. They turn the dial until the red magnetic needle points to the magnetic variation. This is the difference between magnetic north and grid north which has been read from the map. 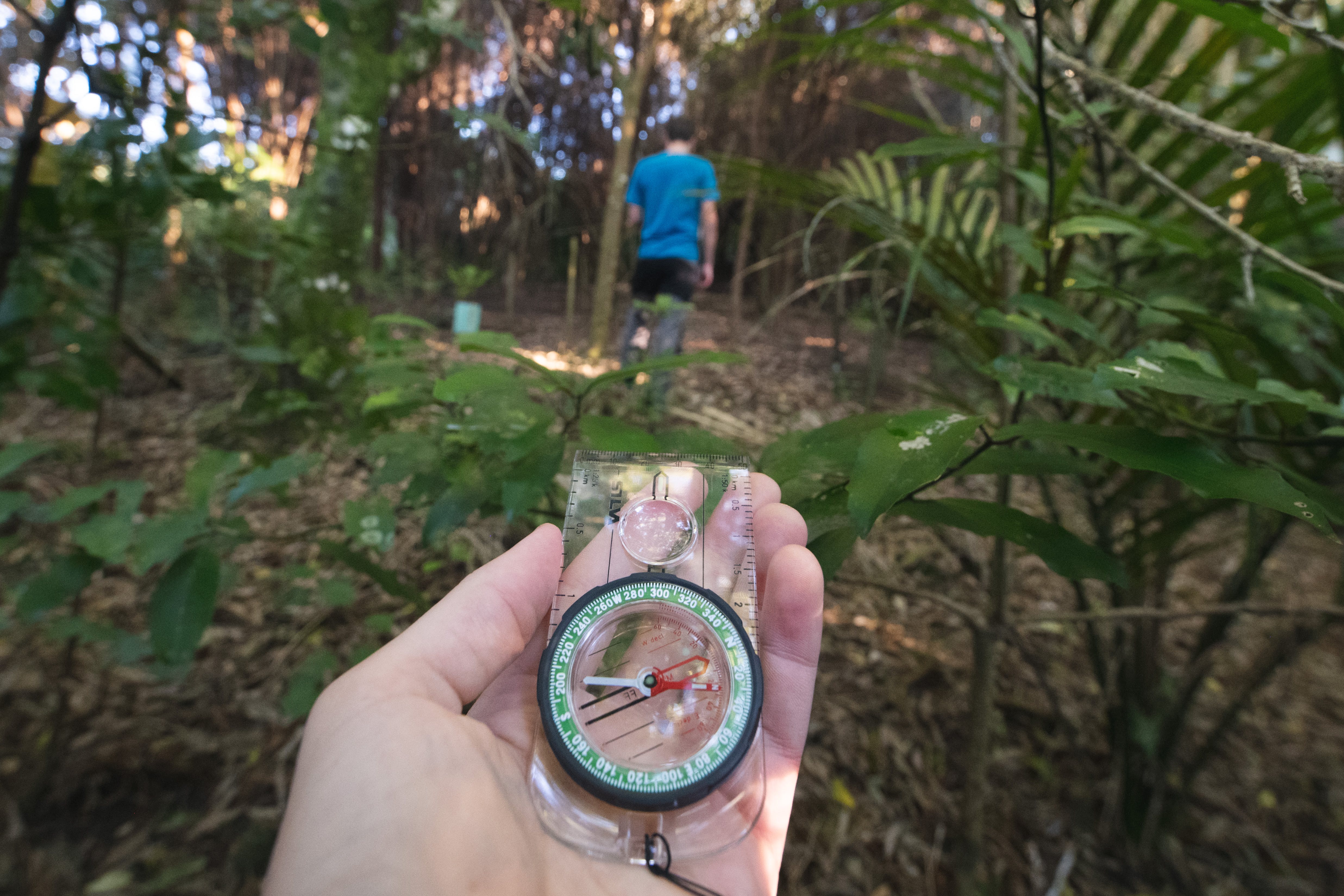 3. Another person walks ahead in the general direction of the bearing.

4. Before the front person goes too far (they must remain within sight), they stop. 5. The marker tells the front person to move to the left or right (relative to the direction of travel) until they have lined up with the bearing. 6. Once the marker is satisfied the front person is exactly on the bearing, they are told to stop there. 7. The front person turns around on the spot and checks the direction using a back bearing. Facing the marker, the white end of the needle should be on the magnetic variation.

8. If the back bearing does not directly point to the marker, both compasses should be checked, in case they have bumped off their bearing.

9. When both are satisfied, the marker leapfrogs the front person, who now becomes the marker as the process repeats.