Rivers and streams are a useful navigational tool if you’ve been paying attention to the map and your location awareness.

Trampers often count rivers and streams as a tool to measure progress – the turn-off will be after the third creek crossing. It’s important to remember that not all creeks will be marked on the map and not all of those marked will have water in them, so the turn-off might turn out to be after one creek crossing, or five. But not all is lost if you pay careful attention to your map and use locational awareness.

Read the contours
While most streams are marked in blue on the map there are many that are not. These can be identified by contour lines. A ‘V’ in the contour lines indicates a fold in the land. At the bottom of that fold water may collect. A line of ‘V’s down the side of a hill indicates a creek bed may lie there. This may only have water in it after rain or during the wet season or it may be a permanent creek bed. Each time you cross a stream, check the map and identify whether it is a marked stream and if not, where it is on the map. 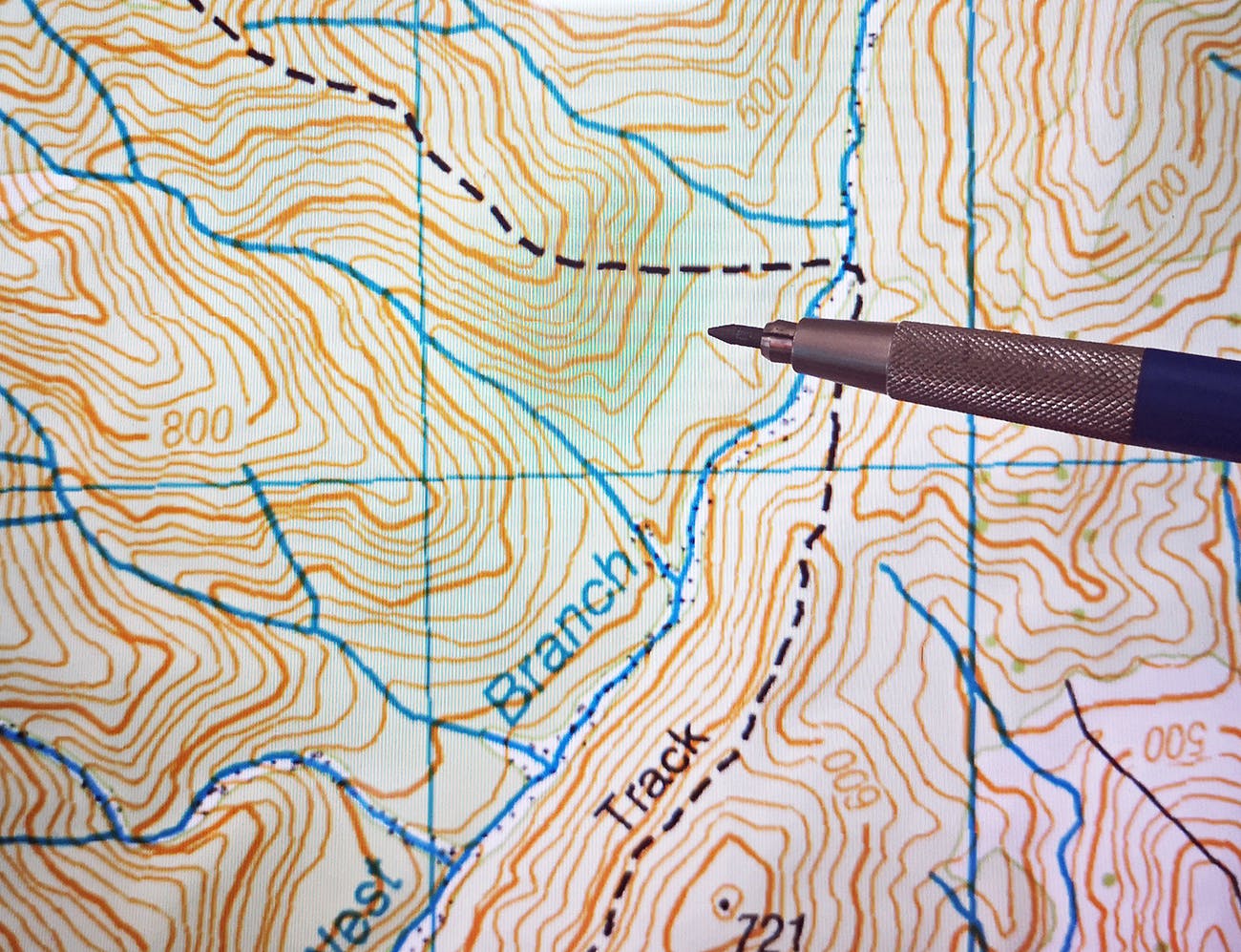 When the river runs dry
Generally, streams that are marked on the map have water in them throughout the year, unless it is a particularly dry season. When they are not permanent water courses, there is usually an obvious stream bed. However, sometimes a stream that is marked on the map only carries water after rain and may not have an obvious stream bed. The depression in which the stream forms may flatten out toward the base of the hill, spreading the water flow so there is no obvious dip into the stream. So how can you tell if it is a stream? Look at the profile of the hills around you. Streams form in a low point so look for where the hills fold. You may see what appears to be a gap in the hills or there may be just a dip in the outline to indicate a low point.

Crossing creek confusion
Loops and forks in the stream may also cause confusion. You may cross two creeks in quick succession. Have you crossed above a fork in a side stream, or have you crossed a loop in the stream? The direction the water is flowing is an important key to determining this along with looking at the landforms.
Rivers may form a handrail – a guide that you walk alongside. If you are not paying attention to the map and landforms, you may find yourself following a fork rather than the main branch.

At times, the map will show the track staying on one side of the river but in reality it crosses the river – perhaps due to a slip – only to rejoin the original track later. If you do cross the river unexpectedly, it is important to pay attention to the map and confirm that you are still on the track.