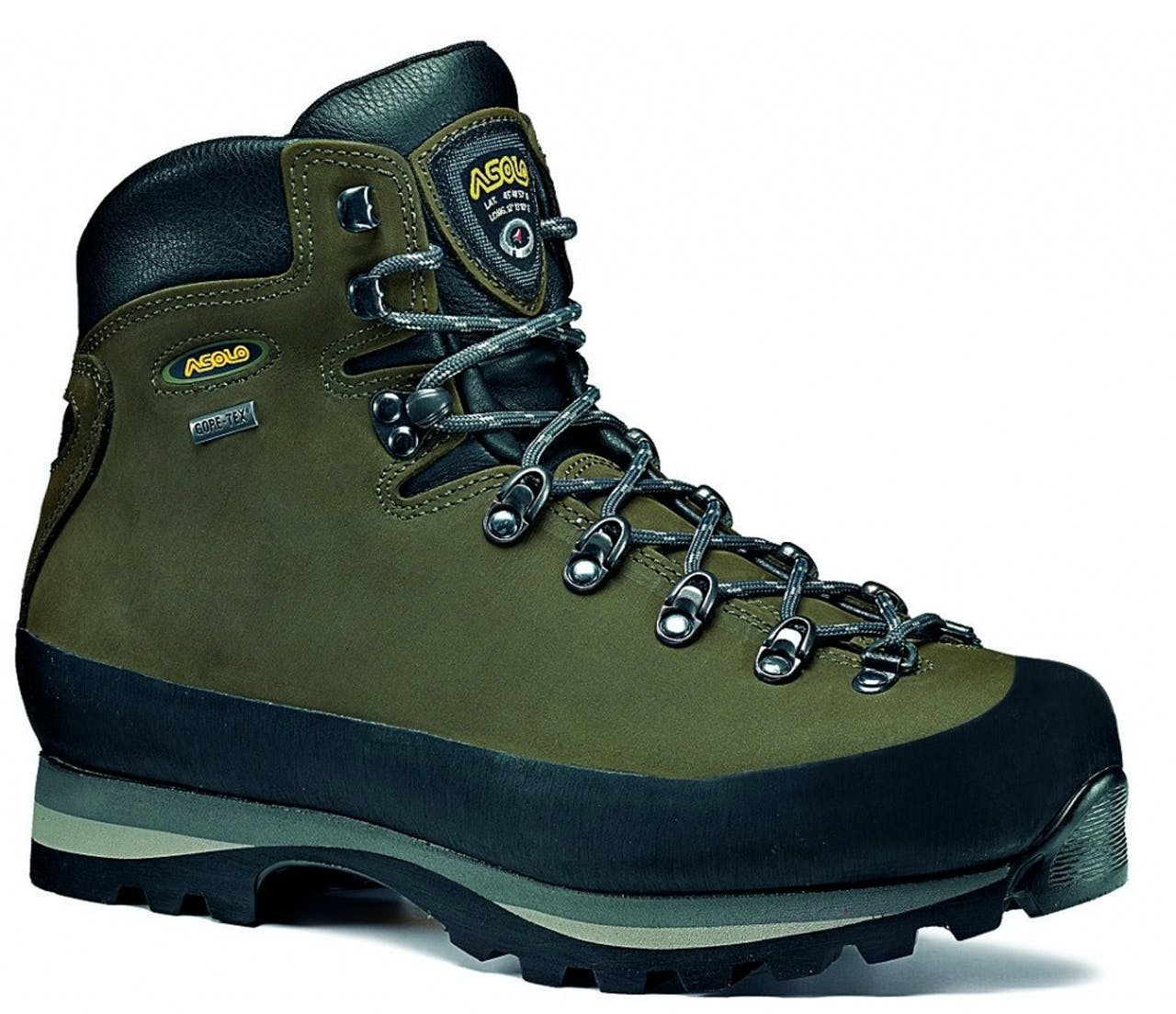 Right out of the box the Sasslong’s seemed to fit me like a glove and after a day of crossing rivers in the back-blocks of the retired part of Mesopotamia Station (part of the new Te Kahui Kaupeka Conservation Park), these boots felt like they were well and truly broken in. The model I tested was the ‘widefit’ last and this was spot on for my feet.

The Sasslong is constructed with high quality 2.4mm nubuck leather and features both a Gore-Tex liner and a Vibram outsole. Asolo has developed the sole with Vibram specifically for their boot range but I didn’t find the shock absorbing qualities in the heel area quite up to the pounding the feet take down an east coast riverbed. This feeling was perhaps partly created by one of my main complaints with this boot – for such a well made boot, the inner soles are cheap, hard and not in keeping with the overall high quality of construction. Maybe Asolo expect users will be refitting them with orthotic inner soles or a similar ‘add on sale’. I don’t know, but I wish the manufacturer was supplying these boots with a higher spec inner sole.

The last and sole of this boot is relatively stiff. It did occur to me that the reason for the solid sole is that the Sasslong would be an ideal boot for the sort of via ferrata climbing/tramping trips found in the northern hemisphere. For this type of trip they have that balance between being comfortable to walk in and rigid for climbing. Another minor quibble is that there is no point on the outside of the heal to take a crampon with a heal clip. It means this boot is limited to only taking strap-on crampons – a bit frustrating for owners of the quicker-fitting crampons.

But these are minor quibbles. With the Sasslong, Asolo holds onto its reputation as one of the best boot and footwear manufacturers around. This boot seems fully up to enduring anything the New Zealand environment can throw at it. 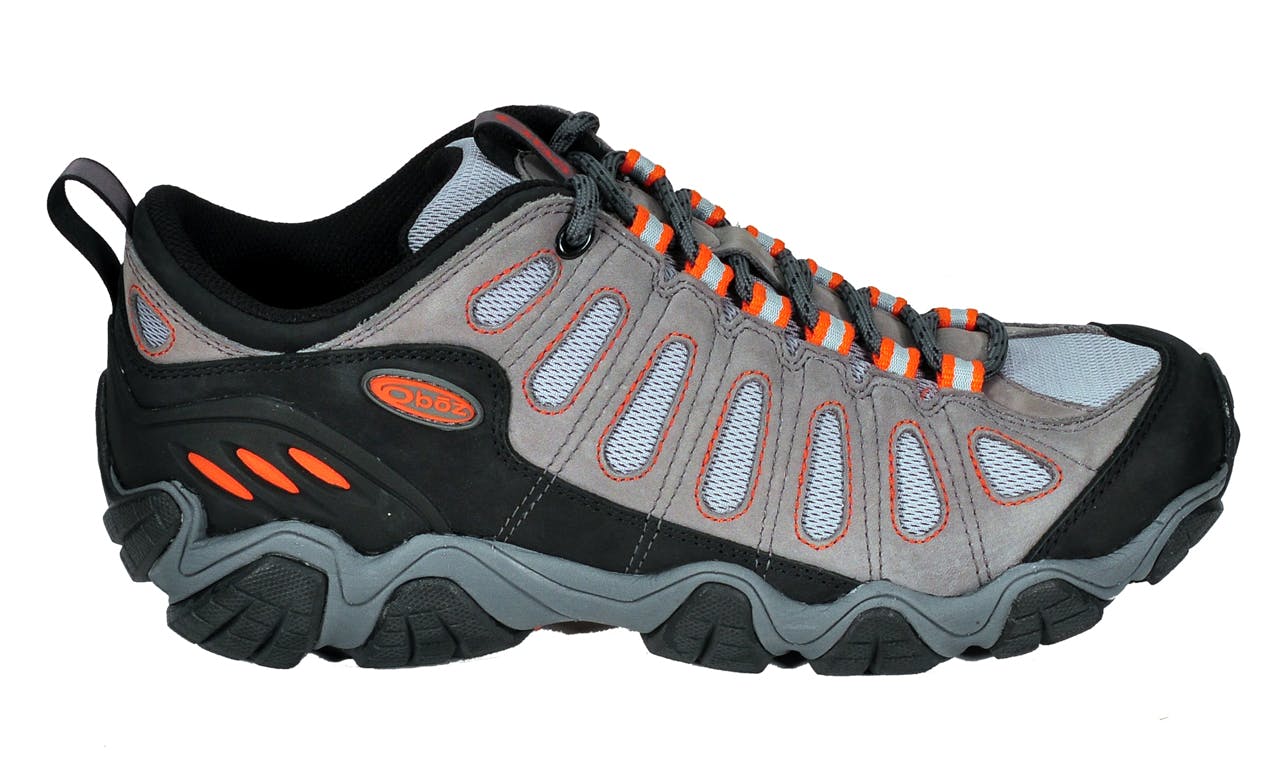 Oboz? Never heard of ‘em? Me either, well at least that was the case until a pair of the Sawtooth light hikers arrived for field testing.

It turns out Oboz is based in Bozeman Montana, on the doorstep of Yellowstone and Grand Teton National Parks. With a backyard like that it seems they’ve learned a thing or two about hiking over the years – and put much of it into the Sawtooth.

At a glance they’re well put together; at 440g they’re nice and light, the sole has aggressive mud-gripping lugs, the uppers are a sturdy but well-ventilated mix of nubuck leather and textile and the footbeds are better than some after-market orthotics.

But the really important parts of the Sawtooth you can’t see. According to the Oboz blurb, buried within the shoe is a two-part dual-density EVA midsole with a nylon shank and a 3D heel cup. What all that techno-babble means is that they’re a nice balance between comfort and sure-footedness.

Okay, so that’s all good in theory, but how did they go on the trail? Initially I had some concerns about an internal seam along the heel pocket, but in practice it didn’t bother me. After something like 200km of track around Queenstown they saw pretty much every surface imaginable: gravel, ice, dirt, mud, concrete, snow and the beer-soaked carpet of the local tavern – and stuck to the lot admirably.

At $249 they’re reasonable value, but with Kathmandu as the exclusive distributor it’s worth keeping your eye out for a sale (as was the case at the time of writing) when they drop well under $200.

Before you rush out and buy a pair it’s worth noting that the old gear designer’s mantra: ‘Light weight, low cost, high durability: choose two’ definitely applies to the Sawtooth. With so much exposed fabric and foam these don’t seem like they’ll last long in highly abrasive conditions like scree running. But if you need a sturdy, lightweight set of hikers for day-trips on formed trails then you won’t go far wrong with these.