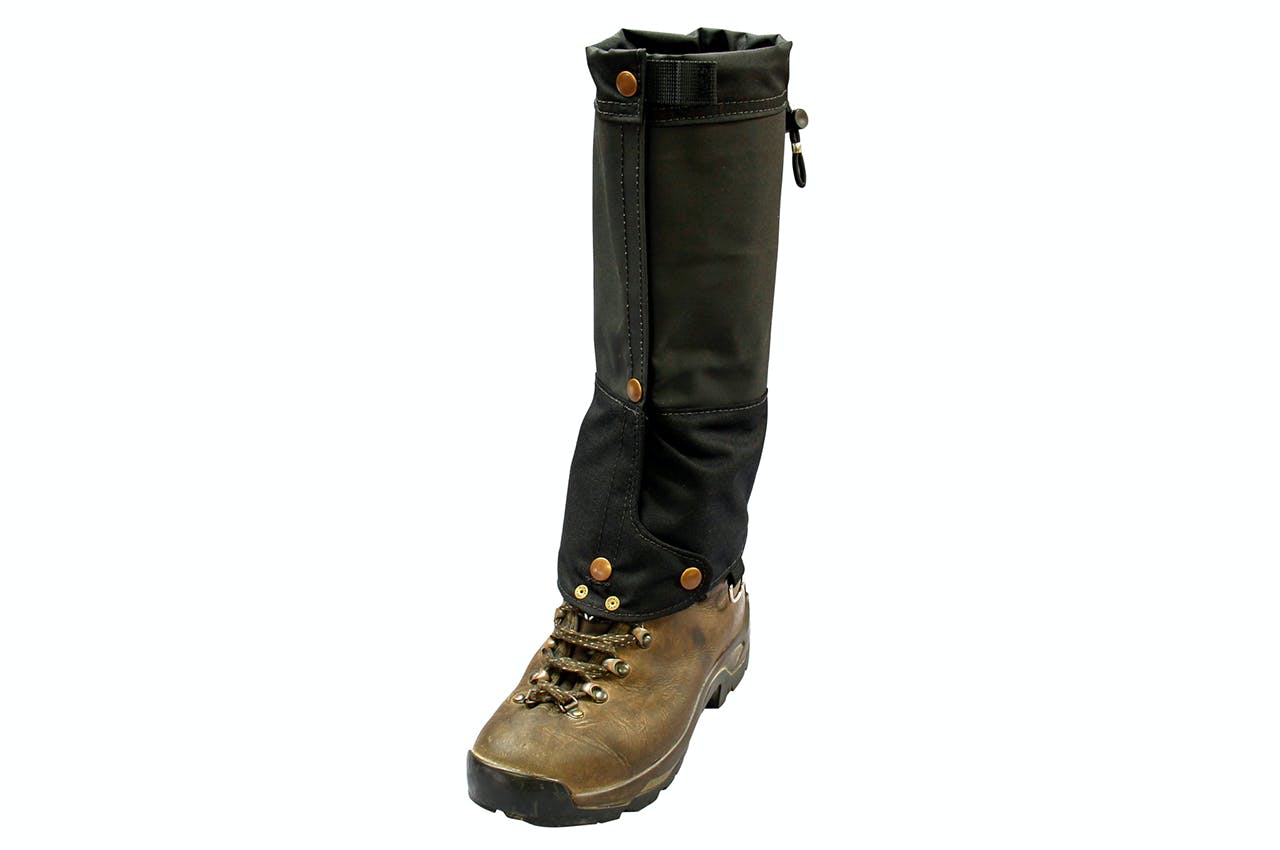 I don’t know what it is about my calf muscles, but no snow gaiter has ever stayed up. Pretty soon I have annoying canvas cuffs encircling my ankles and not doing what I want my gaiters to do: fending off speargrass and hookgrass, keeping snow out of my boots, or simply keeping my legs warm.

My Aspiring Snow Gaiters are different though. Made in New Zealand, these gaiters are the bees’ knees. They are stiff enough to stay up, incredibly tough and well-made, but also comfortable. Domes secure the gaiter up the front of your boot (essential if you are headed for mud or snow) and there’s a high-quality metal hook to secure onto the boot’s laces. The Snow Gaiters come with excellent metal loops – that can be replaced when broken – to secure under the boot. 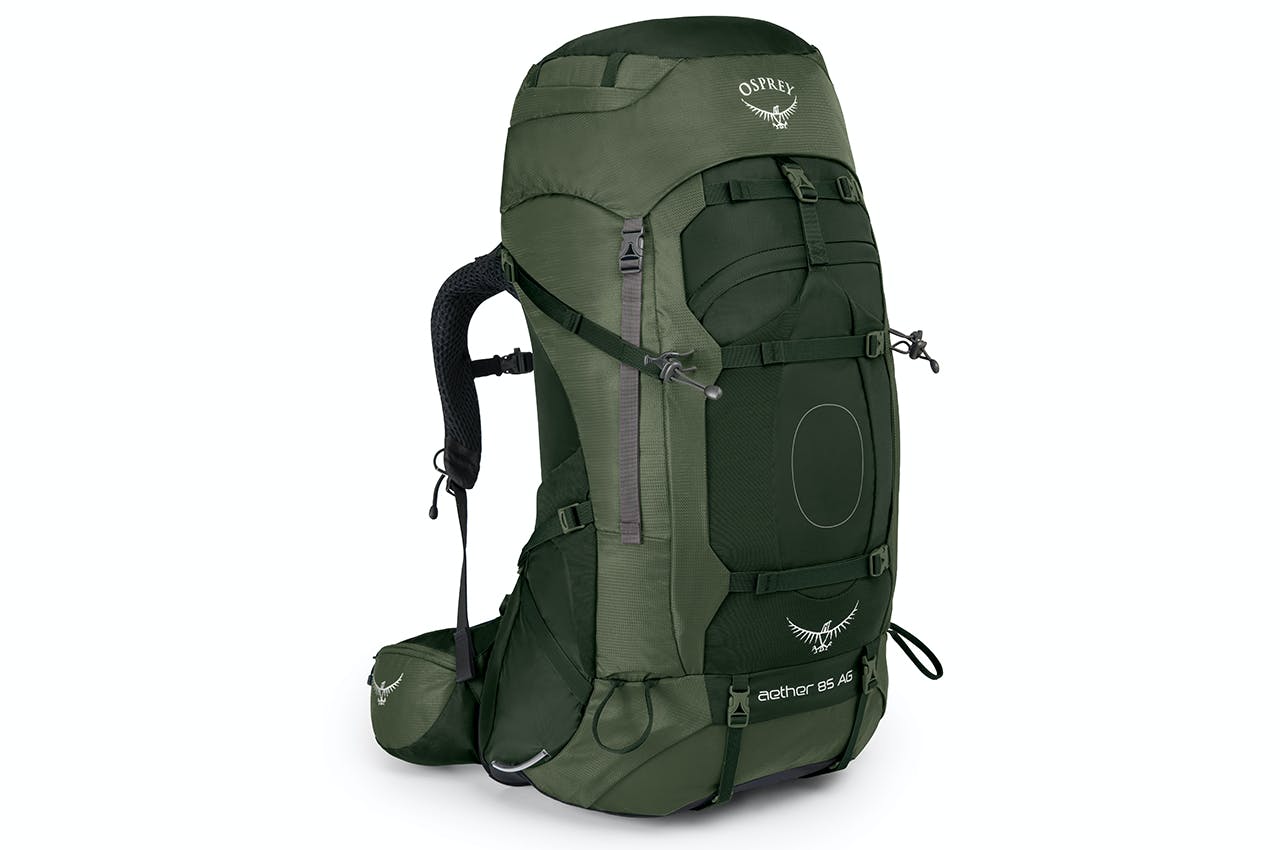 Osprey pack I’ve owned, as my penchant for overpacking made my 65l pack too small.Osprey’s suspension system and hip-hugging straps sold me on the brand years ago, and this pack is no exception – it’s supportive, comfortable and breathable. I typically pack a few luxury items and a large DSLR camera on trips, so the extra capacity makes packing easier.

For shorter trips, the lid detaches to reduce the pack size. The lid then converts into a comfortable daypack large enough for valuables, extra layers, a water reservoir and food. It’s my favourite feature.

A front J zip and bottom compartment zip provide easy access, and a stretchy mesh pocket on the back will hold a surprising amount. The hip pockets – often wasted potential on packs – are generous, and fit a large portion of snacks for munching on the go. Apart from the odd squeak and the weight (2200g), it’s hard to fault this pack.

Verdict: Comfortable, versatile pack with plenty of features, though it’s on the heavy side. 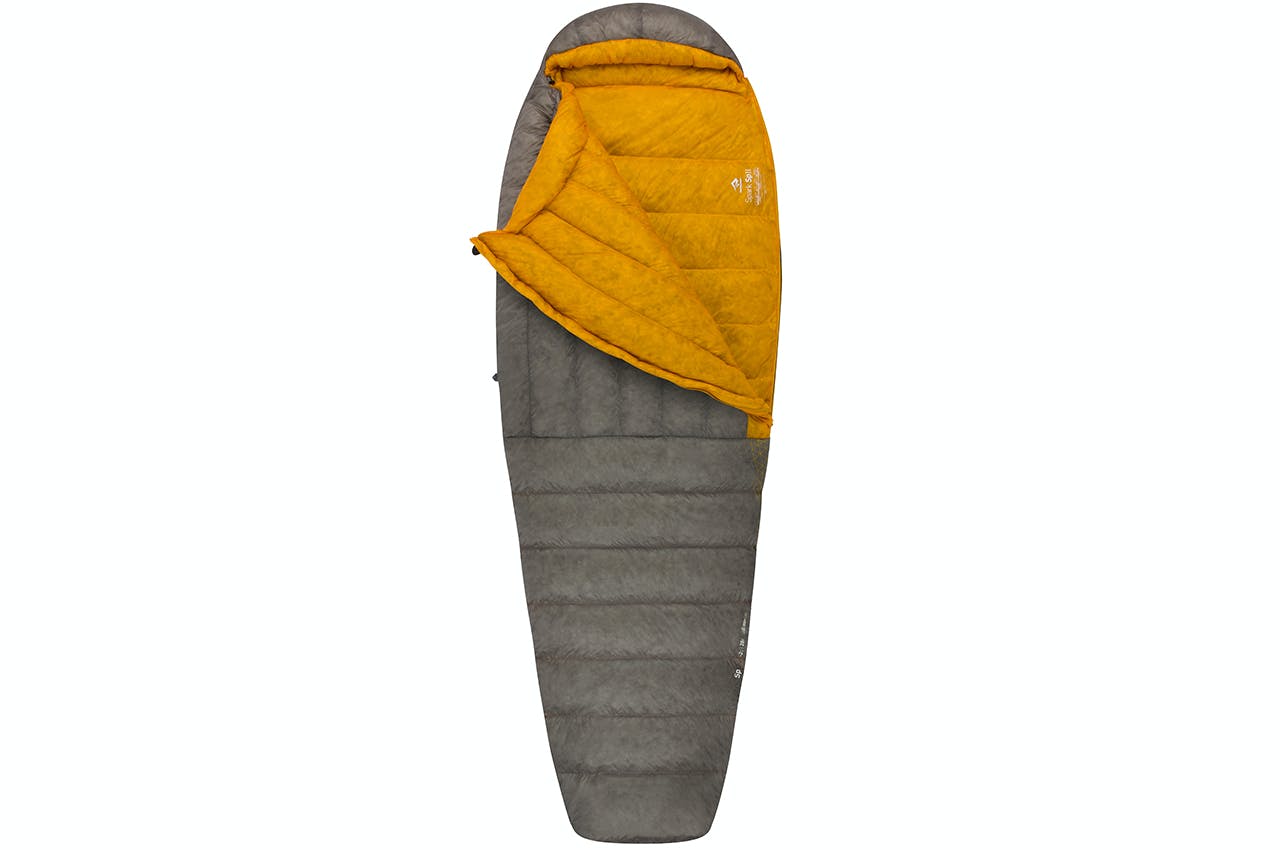 In preparing to compete in the GODZone Adventure Race for the first time, I looked for ways to improve (and) lighten my sleeping bag and after much research, I settled on the Spark II.

At 460g, it was less than half the weight of my other sleeping bags. It packs down tidily and allows me to reduce the size of the pack I need to carry it. It’s not much to look at when taken out of its tight stuff sack, with the apparently limited amount of down visible through the ultra-thin grey fabric.

However, its dry down lofts well and has kept me warm enough across the better part of three seasons. This includes an accidental -7℃ snow camping night – but I definitely won’t be looking to repeat that experience.

I look forward to many further adventures with this lightweight and warm gem and have been pleasantly pleased that it has stayed clean despite its light colour and the adventure racing tendency of simply lying down on the ground when you are too tired to go any further. 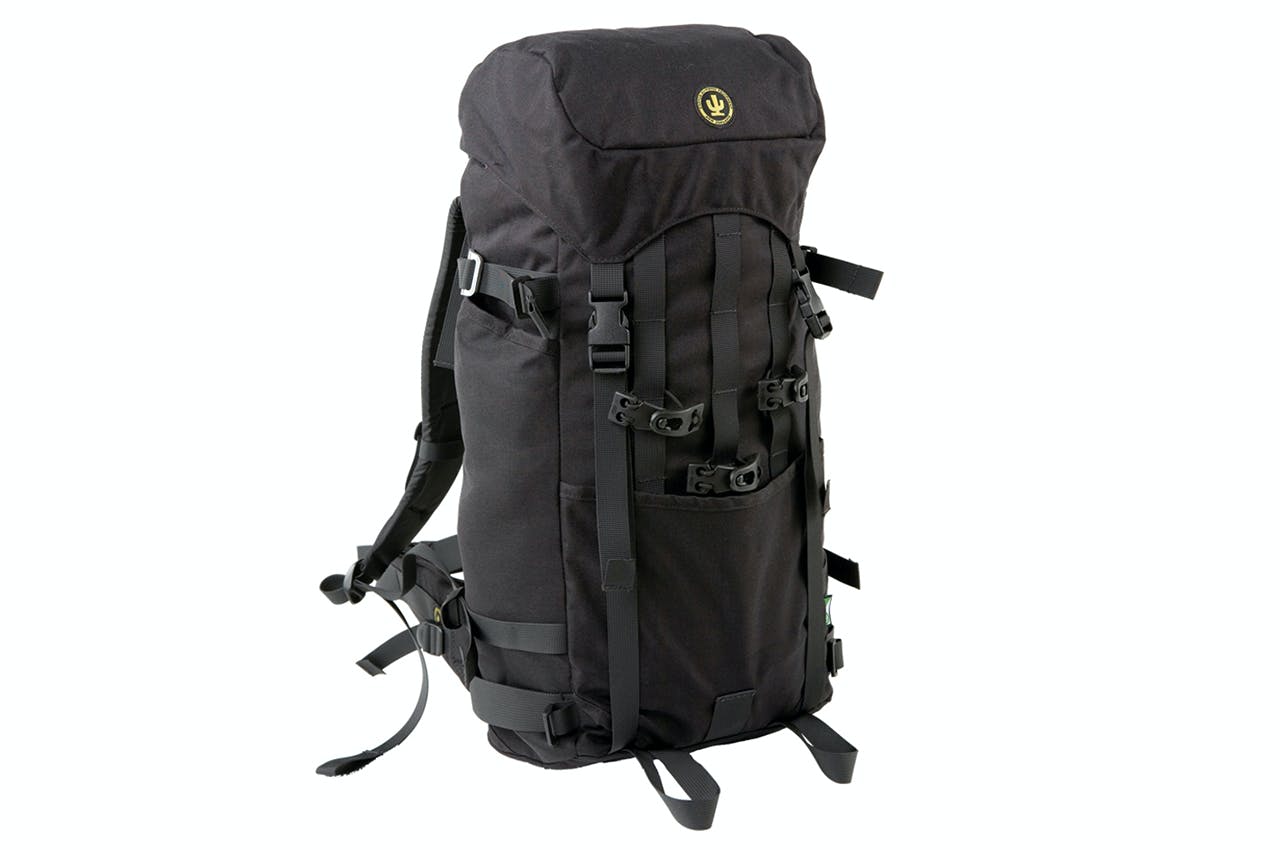 I was persuaded to invest in a 45l Patrol pack after hearing an anecdote about one that fell off a helicopter and ended up spending the winter in Broken Leg Gully on Mt Ruapehu before it was rediscovered. Everything inside was basically pulverised, but the pack was still sweet to keep rolling. Sold.

I’m amazed I’ve had mine for six years now because it still looks as good as new, although it stinks from time to time and needs to have a bath (the fault for this lies with my armpits, not the pack). I’ve used this each winter as a ski touring and day climbing pack, for day tramping and cycle commuting, and it gets the job done every time. It’s hardy on aeroplane travel and can stretch to an overnighter if I pack lean.

Some smart cookie has put serious thought into its design. It boasts a shovel holder, probe pockets and pole/axe attachments. A top pocket does the job for snacks, phone and tramping trinkets.

Verdict: The Cactus Patrol pack is for life, not just for Christmas. 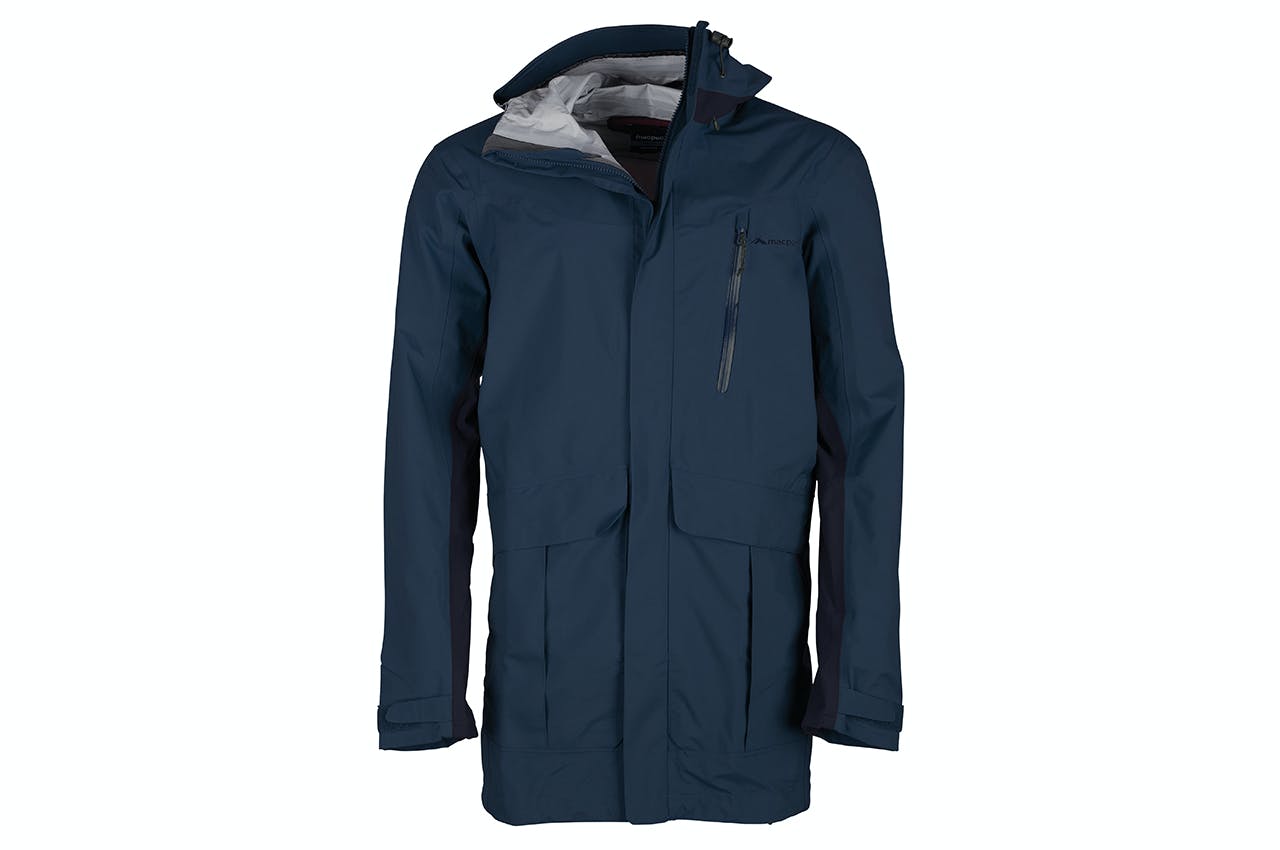 I had been using a number of cheap rain jackets that simply didn’t work and when I started avoiding tramps that were likely to be wet or exposed, I knew it was time to invest in a jacket I could rely on.

I chose the Macpac Copland for its long fit and heavy-duty three-layer construction. Every element seems thoughtfully designed to keep the water out. The jacket reaches halfway down my thigh and has a loose fit with long sleeves. It also has a large hood with a firm peak and has low hand pockets which can still be used while wearing a hipbelt.

Most importantly, it works. A year on and the Copland has kept me dry in the worst conditions – I’m confident I could take it on a multi-day tramp in Fiordland and remain dry.

The downside is its bulk. It weighs 650g and as I usually tramp with a 44l pack it can be a bit of a burden. It is also very hot to wear on warmer tramps and lacks pit zips for ventilation. As a consequence, I now take a lighter jacket for low-altitude summer tramps.

Verdict: The Copland is a heavy-duty rain jacket that you can rely on, but its bulk means you may want a lighter jacket for summer tramping. 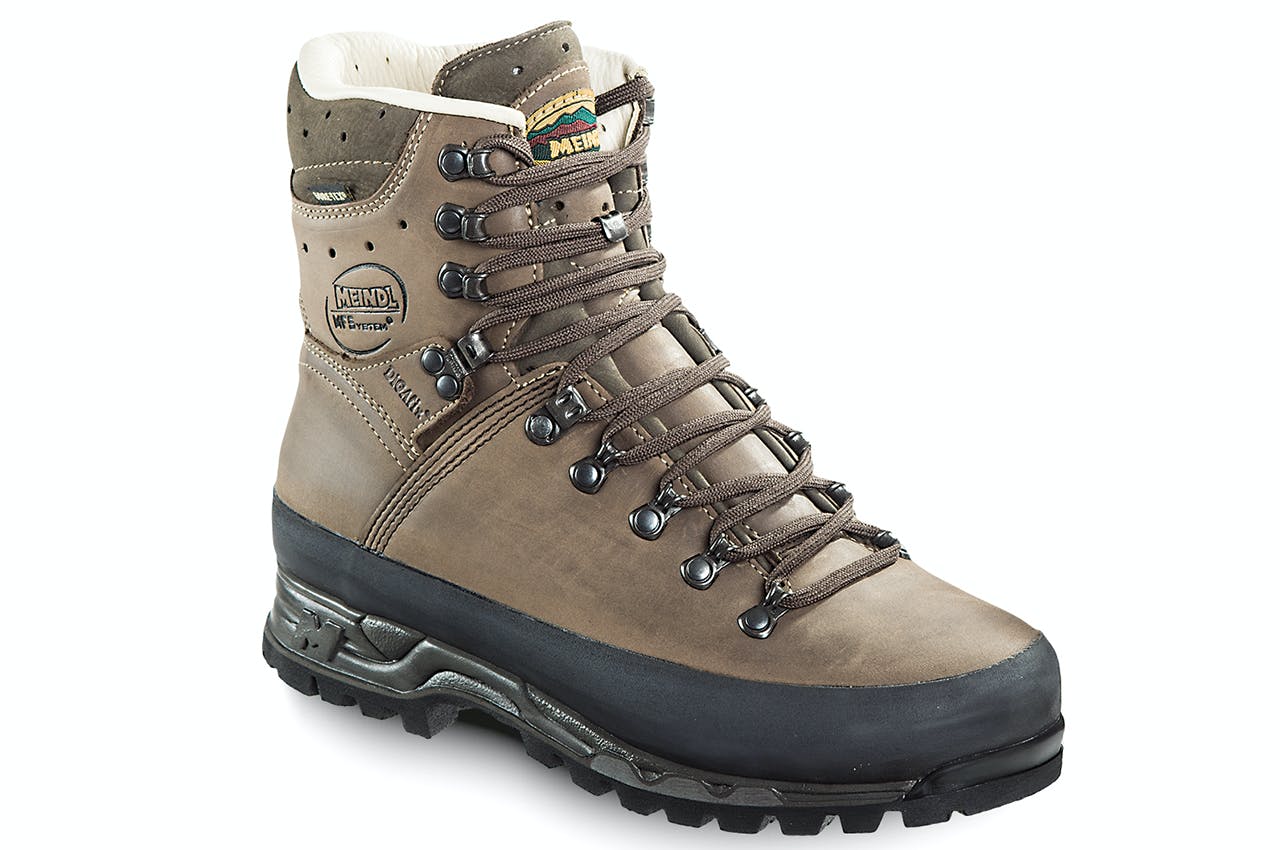 The most remarkable thing about the Island Pro (now updated and sold as the Island MFS Active) is how dry they keep my feet. With a Gore-Tex membrane, they’re watertight but equally important is the high ankle which means you really need to go deep before water gushes in. I’ve found that if I’m wearing my gaiters, so long as the water doesn’t reach above the top of the gaiters and I’m moving quickly enough, I can successfully cross shin-high streams without issue.

When I walked the Southern Circuit on Stewart Island, I almost achieved the impossible: a dry feet trip. During three days of rain, thigh-deep mud, swamp and numerous stream crossings, it wasn’t until the final hour of the trip that my boots and gaiter combo finally allowed water in after I plunged into a deep stream. Drat – a dry run in the wettest, muddiest place in New Zealand would have been the stuff of legend.

The soles and uppers are showing signs of wear – most notably the rand on one boot was cut on a recent stream-bash in Tongariro National Park – and I just replaced the laces because the frayed originals were getting impossible to thread.

Dry feet aside, these boots give me confidence to tackle any terrain – I’ve used them on slick trails, worn them with flexible crampons, stomped steps into snow and carried heavy packs on rough routes.

Verdict: Expensive, but dependable, comfortable and supportive for a wide range of tramping trips.