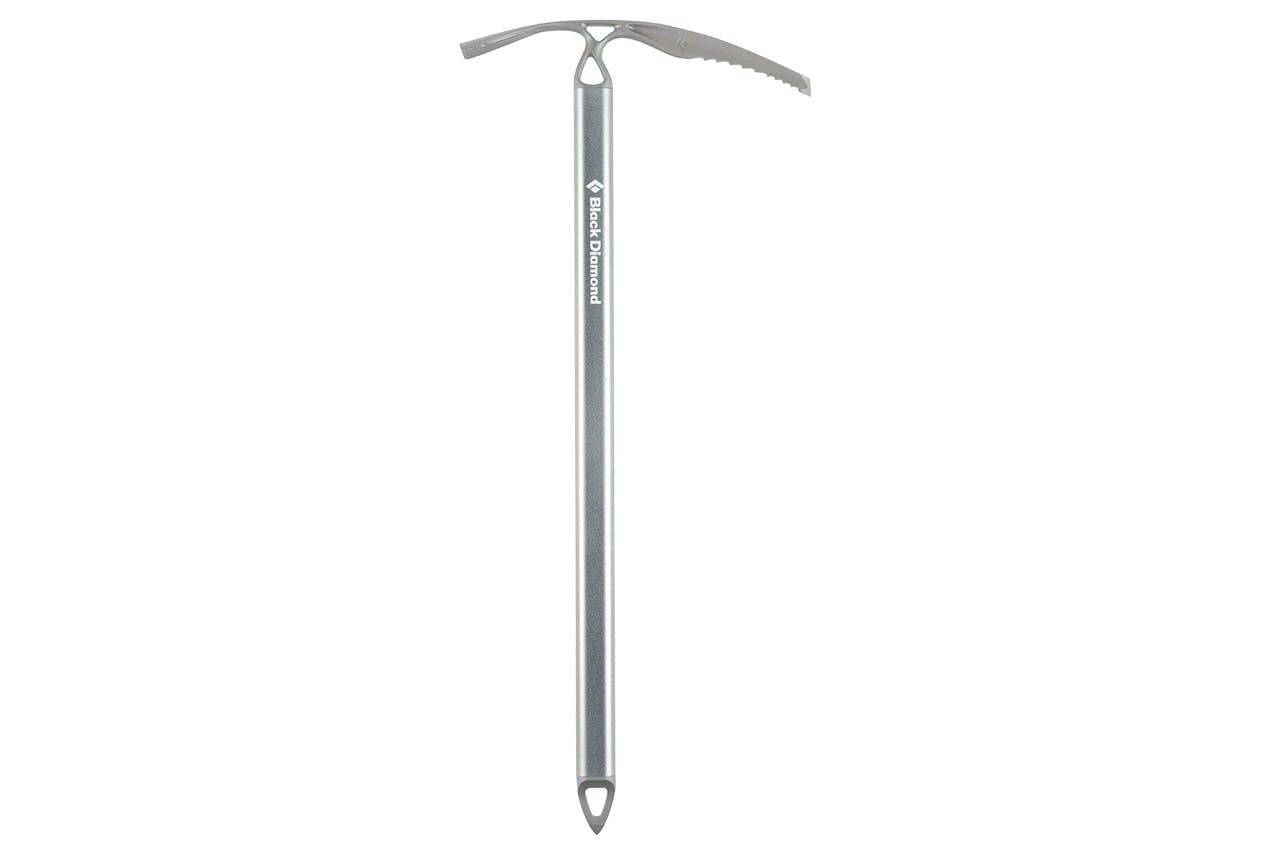 Any ice axe suitable for trans-alpine tramping is a compromise between durability, performance and weight. Too light and it won’t cope with cutting steps in the ice. Too heavy and you might decide to leave it at home for those marginal trips, when it probably won’t be needed, but just might be.

And that’s what I love about the Raven – it’s so light (less than 500g) that I don’t hesitate to take it, even if there is only a slight possibility of snow. It’s useful even when there’s no snow: I’ve used the Raven to secure my stance on the Waterfall Face in Mt Aspiring National Park during summer conditions.

My 70cm version is long enough to use as a walking stick, but not too long that it becomes a problem protruding above my pack when bush-bashing. It’s proved durable (the shaft is made from aircraft aluminium alloy) and I have planted it on to the summits of Taranaki, Ruapehu, Aspiring, Brewster, MacPherson and Single Cone. It’s been a useful tool for winter trips in the North Island ranges, too. 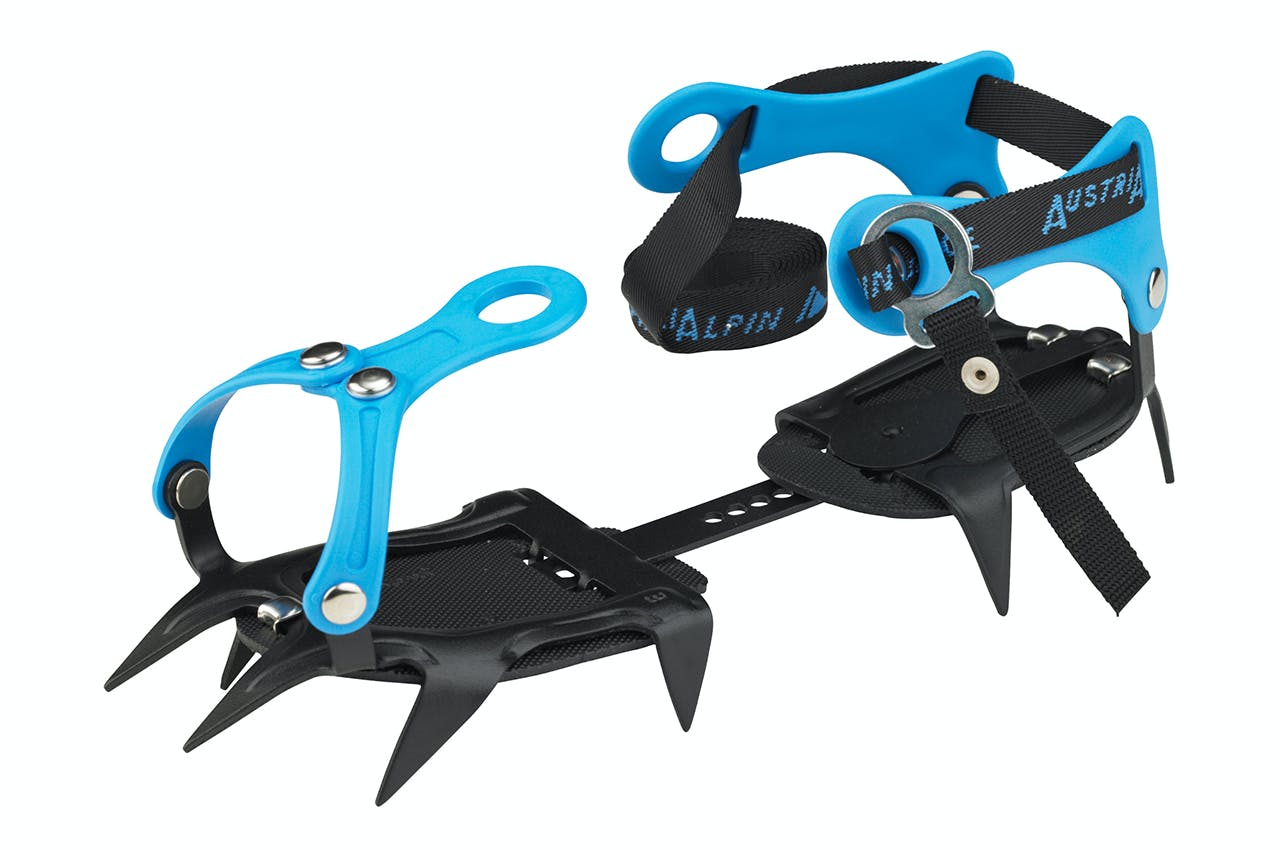 It’s only in writing this review that I’ve realised I’ve been using a 10-point crampon for the past six years but feeling like they were 12-pointers. That’s a testament to the Spiderman grip these babies offer on Ruapehu ice and Taranaki snow.

After giving my crampons death every winter, they finally put up a sign of protest last winter and I broke first one, then the other, on big (critical) days out. Duct tape saved the day both times though, and the good folk at Auckland retailer Living Simply organised replacement parts free of charge, so now I’m on two reconditioned crampons. I can’t necessarily fault the manufacturer for the breakages though; these crampons have had a huge amount of use and abuse, including steep climbing in ski boots – which is probably not in their job description.

Steel and powder coated, at 760g they’re not lightweight. They’re field-adjustable – without needing tools – and they come with anti-balling plates (and that’s never been a problem).

Verdict: Does what it says on the tin and sometimes more. Grippier than chewing gum on a hot day. 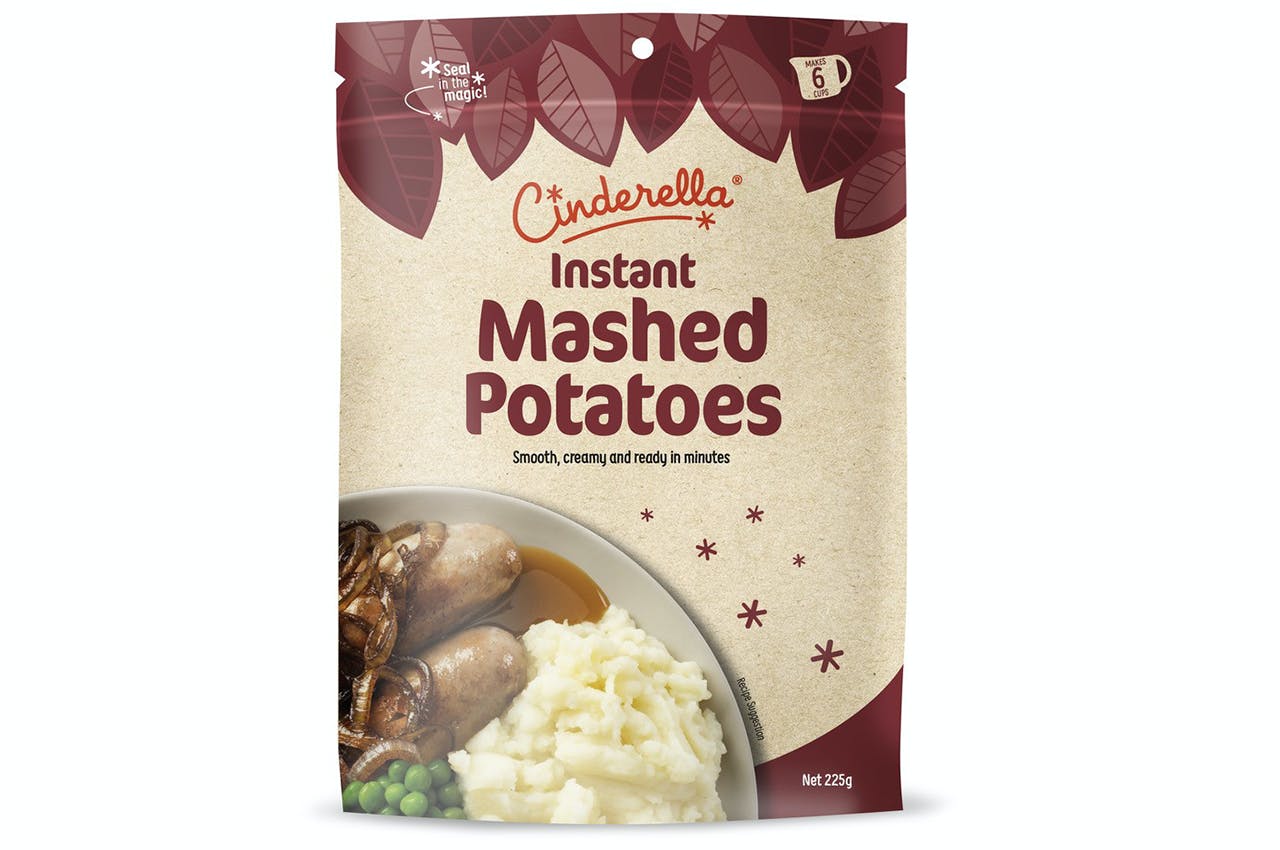 Nutritious, ultra-lightweight, cheap, almost instant to prepare and possibly indestructible. For those uninitiated to this dehy delicacy, Instant Mash is a bag of dehydrated potato flakes. Just add hot water and stir and like magic you have a bowl of mashed potatoes. A 225g pack makes 1400g of mashed potatoes almost indistinguishable from their undehydrated counterpart and a meal so simple and delicious I’ve actually taken to eating it at home as well as on the trail. One bag contains 5840 kilojoules of energy and the contents are also high in vitamin C and B.

I usually take a small amount of olive oil and salt and pepper in a ziplock bag to season and add the mash as a side-dish to a prepacked dehy meal, or as a quick warming snack on a rainy day. I’ve also eaten it along with salami sticks and dehy peas to create a kind of tramping bangers and mash (tip: cook the peas in the water you boil for the mash). But it’s so versatile, the menu options are almost endless.

Because it’s so compact and lightweight, it’s also a good emergency meal to keep at the bottom of your pack. 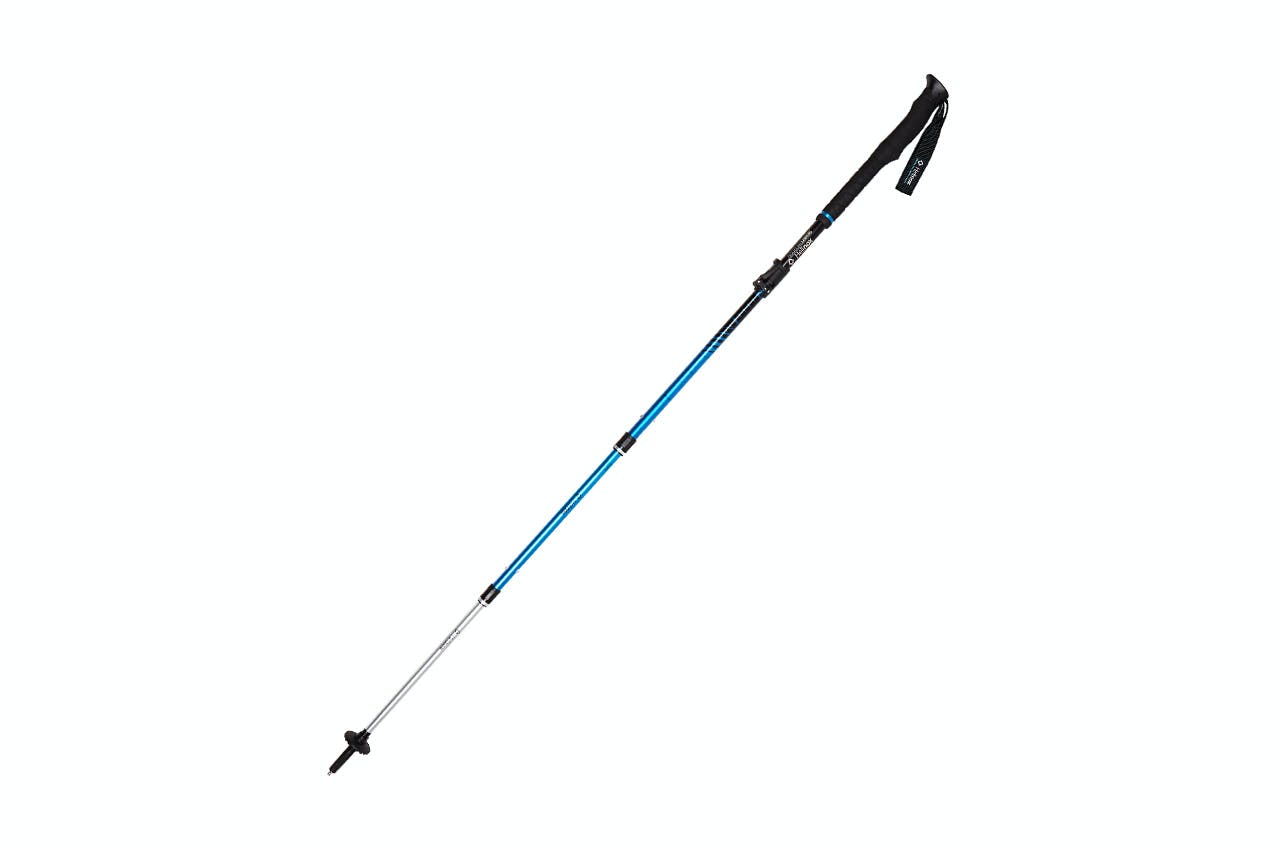 I first realised how handy a pair of walking poles can be during my OE when I was hiking in Alaska. I had hooked up with a German tramper and we had come to a swift-flowing waist-deep stream. He went across first, using his poles for balance. I started across but felt the weight of the water start to push me sideways. Seeing me struggle, the German tossed me his poles.

Since then, I’ve appreciated walking poles for their utility: they help carry the load, save my knees and thighs on descents and with a quick adjustment of my grip, can help me up steep slopes. On my recent Tongariro Northern Circuit Great Walk, I went off-track and followed Taranaki Stream for three kilometres through ever-deepening gorges and ever taller scrub. My Helinox poles proved invaluable at helping me keep my balance on slippery rocks and on scrambles down gorges – they were like having an extra pair of legs.

The LBB135 has been around for a while now, but there’s still lots to like: all four sections of the pole can be retracted or locked in place with just one clamp. It’s simple, effective and allows quick set-up, collapse and fine-tuning of the length. They collapse to just 54cm – small enough to fit inside my pack (handy when travelling on planes). And the extended foam grips are firm and allow me to change grip depending on whether I’m going uphill or down without having to stop to adjust the pole length. Best of all, they’re light – just 476g a pair.

Verdict: An indispensable tool for all my trips. 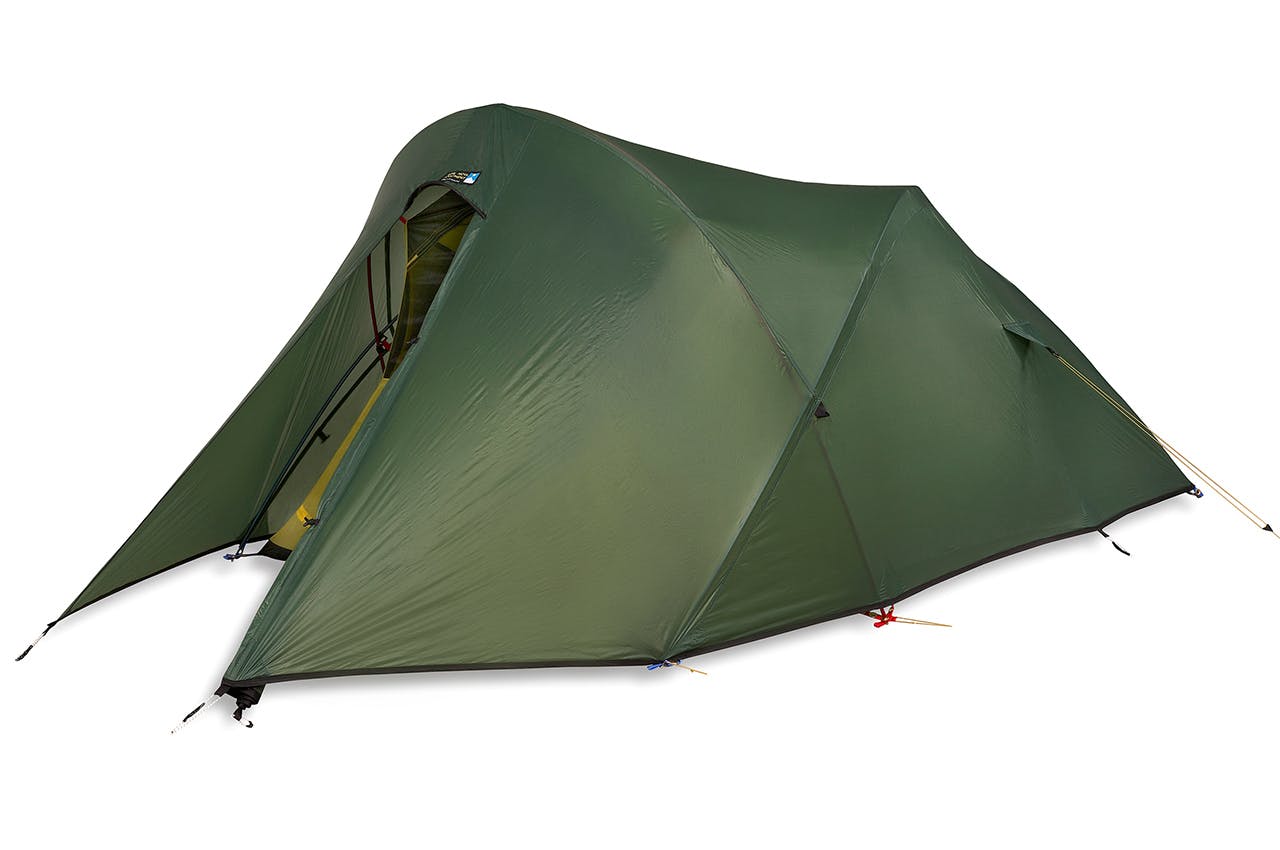 There have been many times I’ve hauled myself up a mountain, mentally listing and regretting the heaviest items in my pack. Usually, a tent is at the top of that list. But not with the two-person Superlite Voyager. At 1530g, I don’t regret its weight at all, even on solo trips. It also packs down tidily and fits well in my pack. A 6000mm floor and 5000mm fly provide ample waterproofness, although the tent is prone to condensation.

It’s well-thought-out and has lots of sensible features – it’s also easy to pitch. However, I have noticed a few untidy seams and it doesn’t come seam-sealed, so I’ve had to do this myself.

The tent uses a siliconised nylon fabric – the reason it is so light – and feels like it might rip in your fingers. However, the geodesic design means it’s not structurally reliant on the fly fabric like a tunnel tent and so far it’s held up to everything I’ve thrown at it – though I’ve yet to see how it handles a full-on southerly.

Verdict: Fantastically light, waterproof and well designed – but not yet full southerly tested. 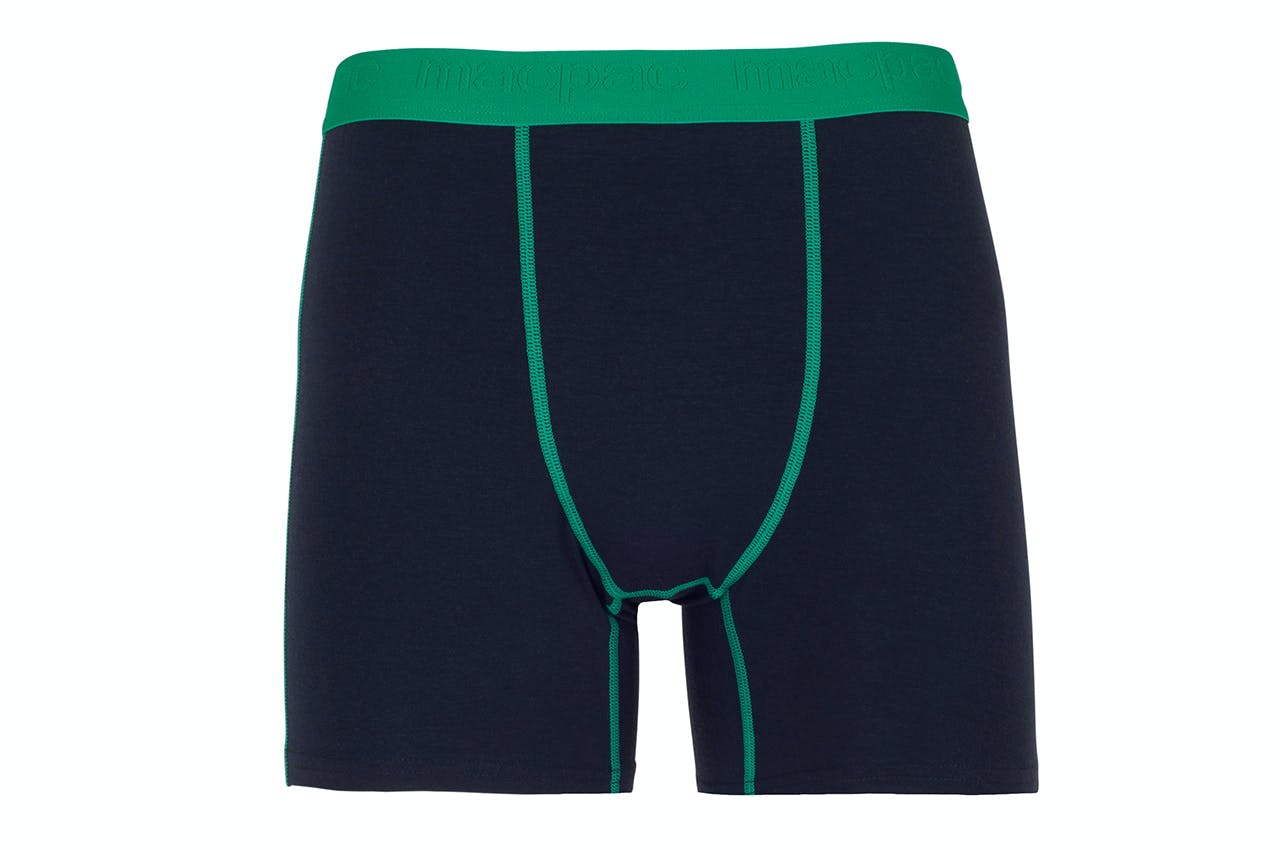 I once witnessed a woman buy Macpac’s entire stock of size medium merino boxers for her husband from the company’s Silverdale store. That was proof enough for me to splash out on a pair for myself. While they cost more than I would usually feel comfortable spending on underwear, as L’Oréal advises, ‘I’m worth it’.

I’ve done the Abel Tasman Coastal Track several times, and while it’s consistently spectacular, so is my chafing. In and out of the water all day, my thighs will rub raw faster than you can say Vaseline.

On my most recent visit, the merino underwear didn’t come off – and to my relief – nor did my skin. Walking for hours in wet salty underwear wasn’t a problem, and better yet, the drying time was much faster than cotton.
And while I would never advise a sniff test on underwear, in the interest of a gear test I can confirm the merino holds up incredibly well, and I’ll happily save weight by packing just two pairs for a four-day trip.

Verdict: Expensive underwear, but if you’re prone to chafing, it’s a skin saver.