An artist who turns topo maps into 3D sculpture.

Many a tramper has admired the squiggly, fingerprint-like patterns and undulations while poring over a topo map, but a Wellingtonian has turned this aesthetic into an art form.

Sam Caldwell has been making handmade 3D topo maps for a decade, creating the maps out of stacked coloured card, showing contour lines in a new light.

Caldwell has completed maps of landforms around New Zealand, including Milford Sound, Otago Peninsula, Bluff and Kapiti Island. He is now working on a model of the Kepler Track and is planning to do a series on the Great Walks and the Tongariro Alpine Crossing.

He says reducing the terrain to its most basic components helps to show the landscape in a new way.

“You gain a whole new appreciation for the location,” Caldwell says. “The way light falls on the surfaces also makes you see the terrain in a different way.”

The use of different colours of card for each layer also adds another dimension to the work – some have psychedelic combinations, while others are more natural.

The models are created using data downloaded from LINZ – each layer of the topo map can be downloaded separately and printed out. Caldwell then uses a die-cutting machine, which automatically cuts out each layer of card. The layers are then stacked, using thicker card to add depth.

He says it takes about 20 to 30 hours to make a map and hours of research to pick a new subject.

He sells the works at exhibitions and by commission.

View a gallery of Caldwell’s maps… 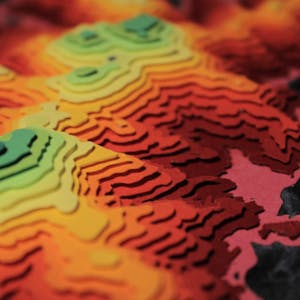 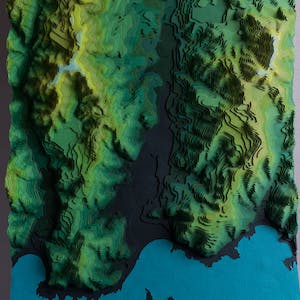 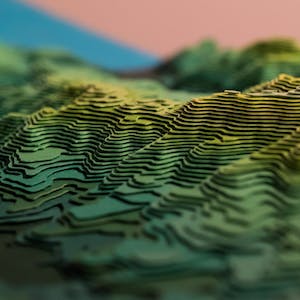 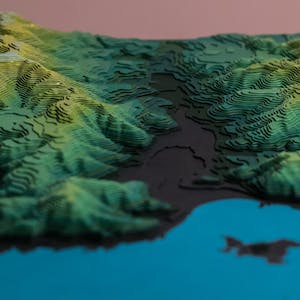 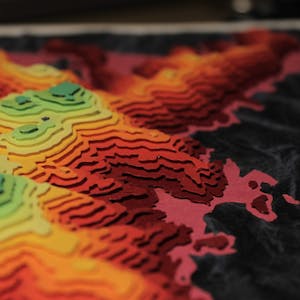 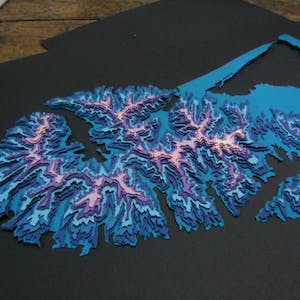