This year marks 125 years since the New Zealand Alpine Club was formed. Tania Seward takes a look at what’s changed – and what’s stayed the same – since 1891

The March 12, 1891 issue of the Christchurch Star is a snapshot into another world. There’s advertisements for tea (imported, of course); a detailed account of a society wedding (the bridesmaids wore straw hats) and on page four, six column inches summarising the inaugural meeting of the New Zealand Alpine Club.

The attendance register reads like a ‘who’s who’ of 19th century alpinism. Explorer Arthur Harper was there, as was George Mannering and Malcolm Ross. Membership was only granted to those with a record of mountaineering. Lofty goals were set: ‘the study of alpine regions to minimise the danger of climbing’, ‘the photographing of alpine scenery’ and ‘the development of orographic and topographic information’.

It was an auspicious start, but the club has changed markedly since. Immediate past president John Cocks joined in the early 1970s when alpinism was the main focus. “When I started it was very much about mountaineering,” he says. “It was very much the old way of doing things: we didn’t have harnesses so we would just tie a rope around our waists. It was really quite primitive.”

A century and a quarter on from its inception, the club has 3500 members, many of whom aren’t into mountaineering in the traditional sense.

“These days it’s diversified enormously into rock climbing and bouldering,” Cocks adds. “There is a challenge in ensuring the club is meaningful for all: those who have traditionally been a part of it, and those at the other end of the spectrum: young climbers doing leading edge, free-spirited climbing. It’s a challenge and the club is aware of it.”

The increasing popularity of rock climbing has created a new pathway for those wanting to get into technical mountaineering.

“These days you can fast-track yourself into climbing in a way that wasn’t possible a generation ago,” says current president Penny Brothers. “You can start with sport climbing in gyms, then transition to trad climbing outdoors, then you can do a snowcraft course and start to focus on mountaineering.”

It’s a huge contrast to the time it might have taken in the past when climbers were introduced to the mountains through tramping where they started with carrying loads, learning to cross rivers and making decisions. “From there, you would go from tramping trips to transalpine trips to snowcraft courses and then onto more technical things,” says Brothers. 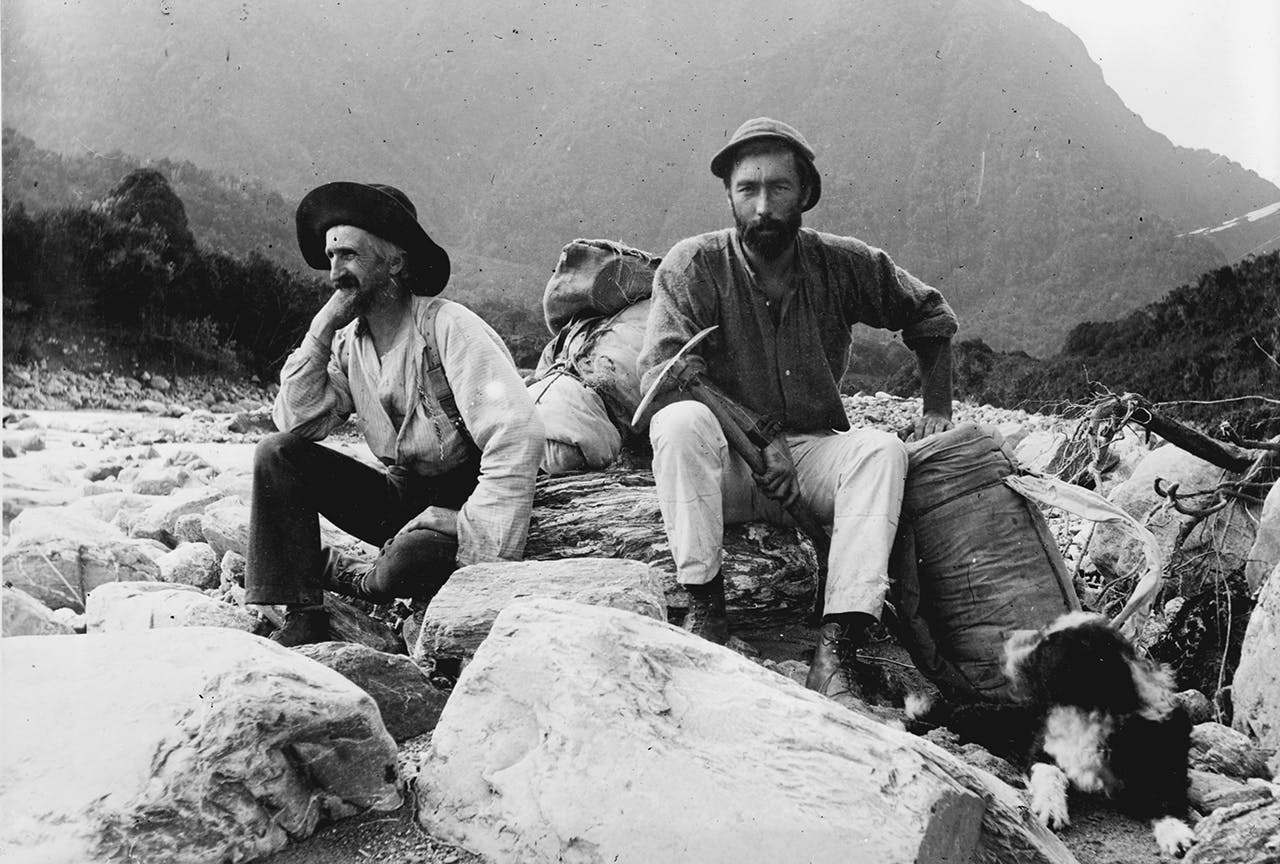 For decades, regional sections organised their own instruction courses and trips. That system was re-evaluated when Auckland section members Hiroki Ogawa and Nicole Sutton died during a club trip to Mt Egmont/Taranaki in 2013.

“Being the leading organisation in the climbing and mountaineering area means we have a responsibility to set standards,” says Cocks. “We had to develop club trip guidelines after the incident on Mt Taranaki. It’s a balance between providing good guidance versus compromising the reason that people go into the hills.”

In recent years, the club has also branched out into workshops covering photography, painting and writing in the hills. Most of the courses are based at Unwin Lodge, a club-owned venue in Aoraki/Mt Cook National Park, with day trips within the park.

“It’s not just climbing, it’s alpine,” stresses general manager Keith Gilby. “The photography courses were a new initiative a few years back. It’s a natural evolution to be able to offer both skills and experiences in the alpine environment. It’s all about inspiration – and what better way to be inspired than going out and experiencing some of the high alpine huts?”

Many of the club’s huts are now sporting new windows, roofs, water tanks and paint jobs, thanks to funding from the Community Conservation Partnership Fund. The funding covered the cost of materials and transport, with the labour provided by club volunteers.

The CCPF also provided the club with $40,000 to build a lightweight hut that can be helicoptered in and out of the alpine zone.

“There were several drivers behind the fly-in hut idea,” says Cocks. “One was that we’ve lost huts in a lot of places because the land is falling to bits. If the ground becomes unstable, a fly-in hut can be readily removed so we don’t lose an asset.

“The other reason is that sometimes you’re not sure how popular a hut will be. You can put in a fly-in hut and see if it works for people. If it’s popular and there’s potential for a larger hut then you can take out the portable hut and relocate it to another site.”

The impact of climate change is not just limited to hut accessibility. The club is aware the mountain landscape is changing irrevocably, and that climbing activities will be affected.

“The obvious impact will be retreating glaciers and snowfields,” says Cocks.

Like many clubs in the outdoor sector, the Alpine Club has seen members come and go as they reduce their climbing activities in favour of advancing careers or raising families. Social media has been instrumental in ensuring the club connection isn’t lost.

“We recognise that there are points in time where people’s life commitments might cause them to drift away for a period,” says Gilby. “Social media such as Facebook and Twitter gives those people a mechanism to stay connected with the club and the wider climbing community. It’s a way that people can be involved with the club, and a sport they love, at a time where they might not be able to be a member.”

The club is celebrating its 125th anniversary by hosting the 2016 Sustainable Summits Conference at Mt Cook in August. They’re also encouraging club members to visit natural features named after Mannering and Harper, the ‘leading lights’ of the club who helped start it all 125 years ago. 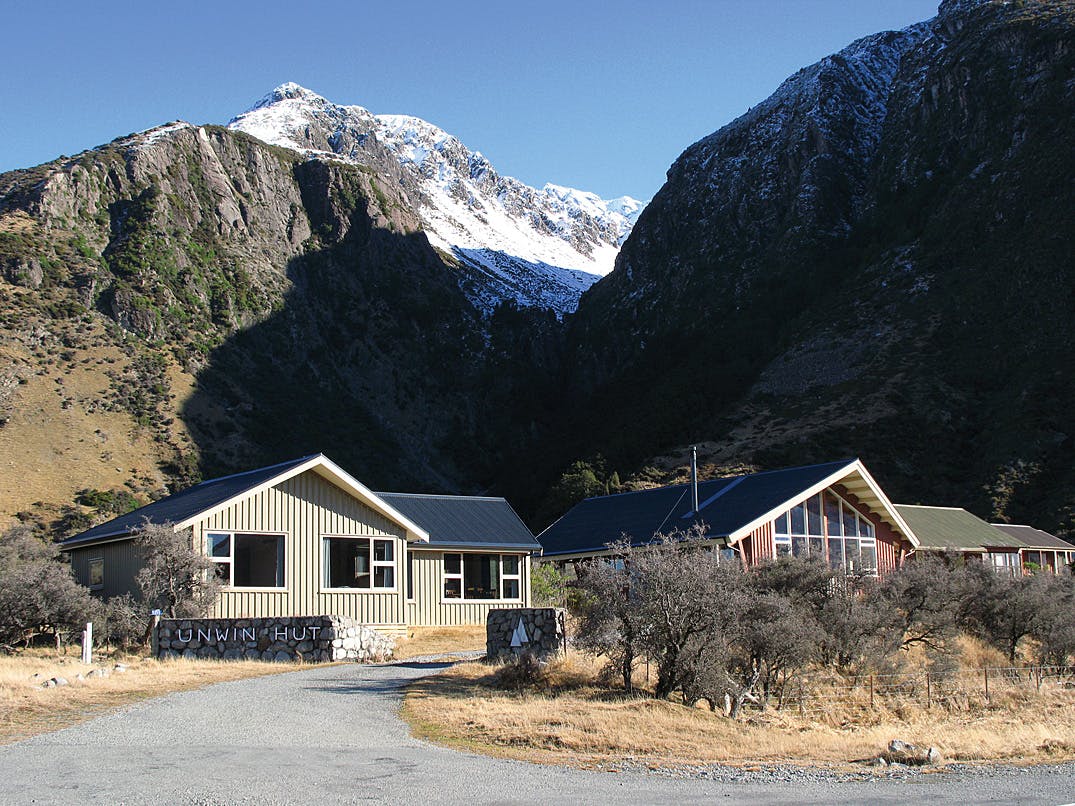 The NZAC initiative of hosting the third International Sustainable Summits Conference follows successful conferences in North America in 2009 and 2014.

The conference will be held at Aoraki/Mt Cook National Park and will focus on practical ways to adapt to a changing mountain environment, respond to shifting visitor patterns and behaviours, and preserve mountains in New Zealand and around the world.

Key speakers include DOC director general Lou Sanson, who will address mountain sustainability issues in the Antarctic and New Zealand; Dawa Steven Sherpa who will lead discussions about the sustainability of Sagarmatha/Mt Everest as will Guy Cotter and Suze Kelly; and Alaskan National Park Ranger, Roger Robinson, who has 20 years’ experience in managing the removal of garbage and human waste from Denali National Park.

There are just 100 spaces available at the summit and more than 60 places have been booked by attendees from Nepal, Australia, America, France, Austria and New Zealand. “We will have a great range of voices,” said co-coordinator for the Sustainable Summits, Dave Bamford. “We are delighted by the positive response and it a good range of DOC staff, mountain guides, ski field staff and active mountain club members will be attending.”