The greatest mountain that Gavin Lang’s ever faced is not made of rock and ice.

It’s a mountain that no man has conquered. In fact, the summit was never meant to be reached.

It’s known by many names: The self, the ego, I.

It’s a mountain that Lang has been exploring – and will continue to explore – for many years.

The Wanaka-based mountain guide and photographer is known for a unique brand of adventure that incorporates ancient and new-age philosophies and practices with the healing power of nature.

His company, First Light Guiding, offers a course called Self-Mastery Through Mountaineering that takes clients on a journey both into the wild and into themselves.

Lang is now looking to capture the essence of this course in a new project called Seeking The Light, in which he’s climbing the 24 New Zealand peaks higher than 3000m.

He plans to write a book and produce a documentary to tell the story of the mental health benefits of adventure, challenge, and time spent in nature.

“Seeking The Light covers both the photographic sense of trying to find the right light for a good photograph and it covers that more existential, in search of enlightenment aspect, and that’s the journey that interests me the most – the ongoing search for answers,” Lang says.

Lang had already climbed 15 of the mountains when he decided to undertake the project in 2018, but he started from scratch.

As of September 2020, he only had five mountains left to climb.

“The journey is very important to me. I’m really enjoying it. It’s not just an arbitrary list of 24 peaks that I want to tick off.”

Lang’s unorthodox approach to mountain guiding stems from his experiences with meditation and yoga.

But it was a neck injury that he suffered while rock climbing in 2009 that acted as a catalyst for his self-development journey.

Lang herniated three discs in his neck and was living in constant pain. In just three weeks, muscle started wasting away on his right side and he lost about 9kg. 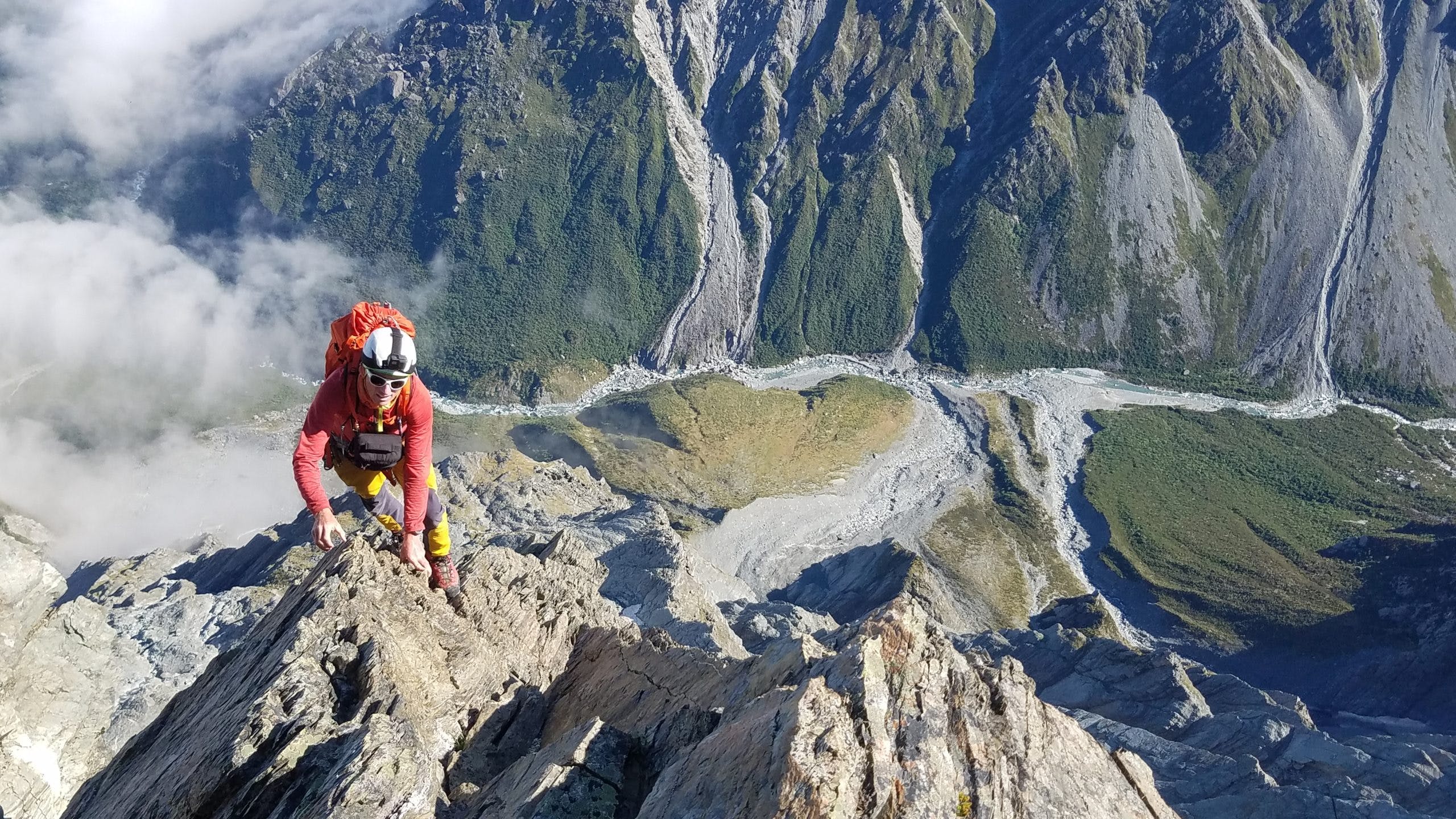 Lang is climbing all NZ’s 24 3000m+ peaks for his project Seeking the Light. Photo: Ruari MacFarlane

Unable to work, he went through some of the darkest days of his life.

During this time, he went on a 10-day meditation retreat. Sitting and meditating for up to 10 hours a day, Lang was forced to confront the pain, both physical and mental.

“It was total chaos in my mind, really, really painful,” he says. “There was a summit reached and when I surrendered, everything changed. I realised that it was the mind, not the physical body, that I needed to control, that I needed to gain some mastery of. So a whole new world began to unfold and a whole new understanding of myself began to unfold.”

He explored psychosomatic therapy and emotional anatomy and found ways of healing his body by mastering his mind. He learned that emotional stress, which we all carry, can manifest as physical pain in the body.

Lang says understanding the link between mind and body helped him to recover from his neck injury without needing surgery, and return to the mountains.

“We can heal ourselves with our mind,” he says.

Through his mountaineering course and the Seeking The Light project, Lang hopes to help others to overcome their perceived physical and mental limits.

“A helluva lot happens on the course, there’s a lot of change, there’s always this positive growth that happens and it only happens because of the environment we’re in and the processes we go through,” he says.

“The mountains are the best clinic in the world.”