A Far North kaumātua who oversees one of the country’s most outstanding heritage parks is joining calls to make New Zealand history compulsory in schools.

Hugh Rihari of Ngāti Torehina descent says if he has one wish for New Zealand, it’s that more Kiwis were knowledgeable about the country’s rich cultural history.

“I’d love to see New Zealand history taught to our young people. My reasoning? It would bring the country’s different cultures together and open up conversations about the past and the future. It would give us a common understanding of how our ancestors lived and interacted.”

Rihari is kaitiaki (caretaker) of Rangihoua Heritage Park, a 46ha park on the Purerua Peninsula, 15 minutes’ drive from Kerikeri in the Bay of Islands.

“It was a unique time,” says Rihari, a relative of two early Ngāpuhi chiefs of the area, Ruatara and Te Pahi.

“It was a time when both Māori and Pākehā could see opportunity and mutual benefit in cooperation. For Māori, it was trade. For Marsden’s missionaries, it was the chance to spread their beliefs. In the end, things turned out a bit differently for everyone involved. But this is where modern-day New Zealand got started.”
Rihari says the Far North coastal heritage site is slowly gaining popularity with around 5000 visitors every year.

“It’s a common pilgrimage trail for Christian groups. The country’s first Christmas Day sermon was delivered here more than 200 years ago. Plenty of school children walk the kilometre loop track to learn more about how Māori and Pākehā lived alongside each other.”

Rangihoua Heritage Park was established in 2014 by the Marsden Cross Trust Board, Ngāti Torehina, the Rangihoua Native Reserve Board and DOC. 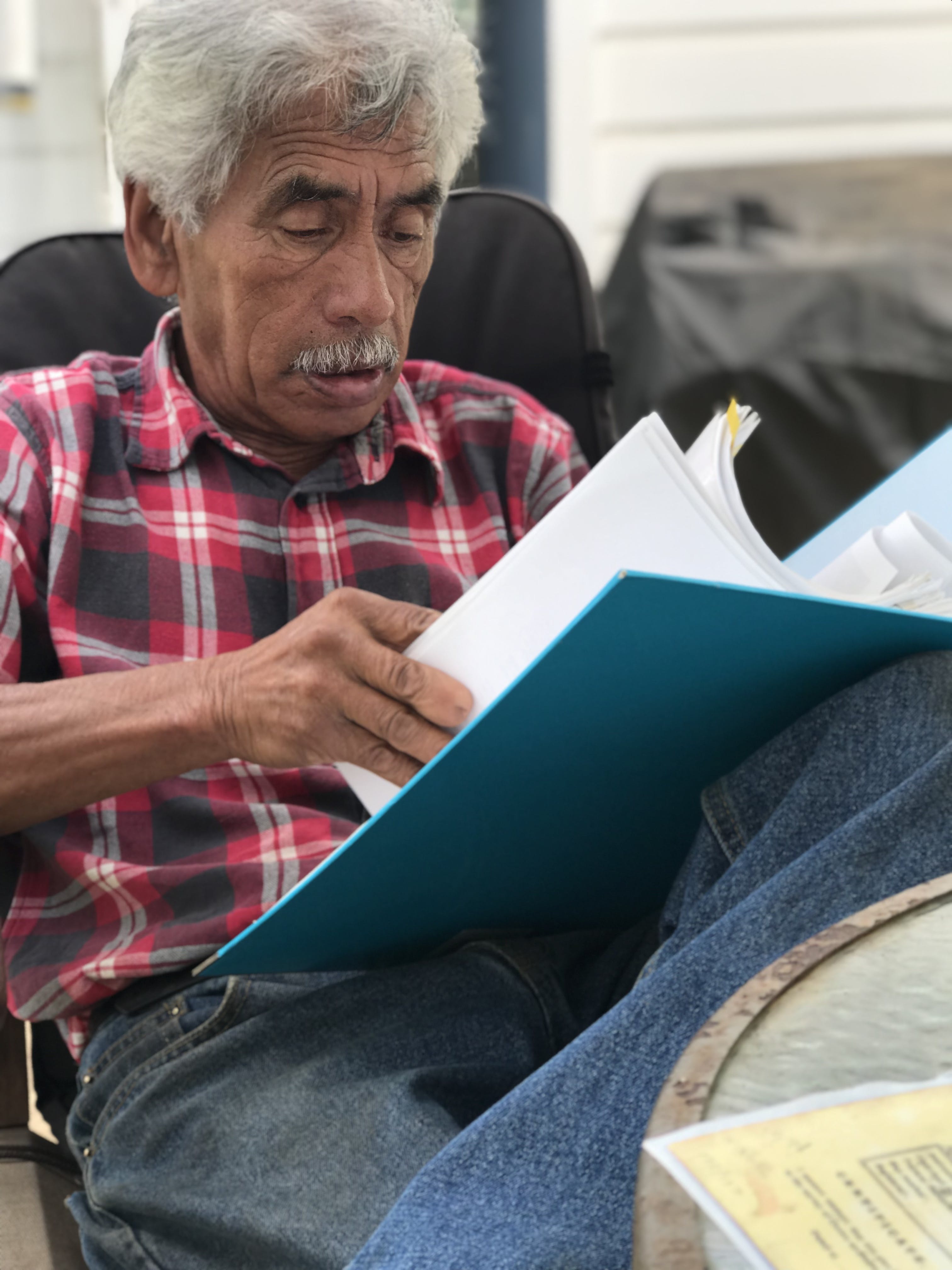 It features a well-maintained track and a series of information plaques explaining key people and points in the site’s history between 1814 and 1828.

The plaques draw on oral and written histories and two archaeological reports published by DOC and Otago University.

A website and phone app on Rangihoua Heritage Park makes it possible to take a digital tour of the site at home and on location.

Meanwhile, a word of advice to visitors from Rihari: “I suggest starting at Rore Kāhu (‘soaring eagle’ in Māori). It’s only a few minutes walk from the car park. From there, get your bearings and take in the scene. You’ll see views across farmland out to Rangihoua pā and Marsden’s Cross, the huge stone cross installed in 1907.

“Then head down the hill to explore the bay. Plenty of people picnic on the beach and go swimming. The thing is to take your time, immerse yourself in the place and imagine what life was like in this country back then.”