It’s bound to happen eventually. After several decades of exploring your local ranges, you’ll scan the map from top to bottom, unable to find a stretch of track or a ridge top you haven’t done before.

Even somewhere as track-happy as the Tararuas or the Ruahines has an end point, and you may not have the will or the time to venture further afield.

But a group of such trampers from Manawatu and Hawke’s Bay have discovered that the blue wiggly lines on the topomap provide a world of new, unfamiliar adventures in the hills they thought they knew like the back of their hand.

For five years or more, Jean Garman and numerous other trampers from Manawatu Tramping and Skiing Club (MTSC) have climbed and descended more rivers and streams than they remember.

“It’s what you get when obsessive compulsive trampers get a bit older,” jokes Garman. “Eventually you get to a stage where you’ve been to all the local huts and walked all the local tracks, and you start looking for something that’s new but still reasonably close to home for some of your weekend trips.”

The group began walking the entire length of rivers and streams in their region. “In the Tararuas we have done the full length of pretty much all the major river systems, sometimes in sections but mostly as a continuous trip,” says Garman, who derives tremendous satisfaction from the trips.

“For me, the main driver is the challenge – mental and physical – in figuring out how to deal with all the obstacles.

“It also gives the trip a focus and, as stream and river travel is by its nature untracked, you get a nice wilderness feel even in the heavily tracked and hutted Tararuas and Ruahines.” 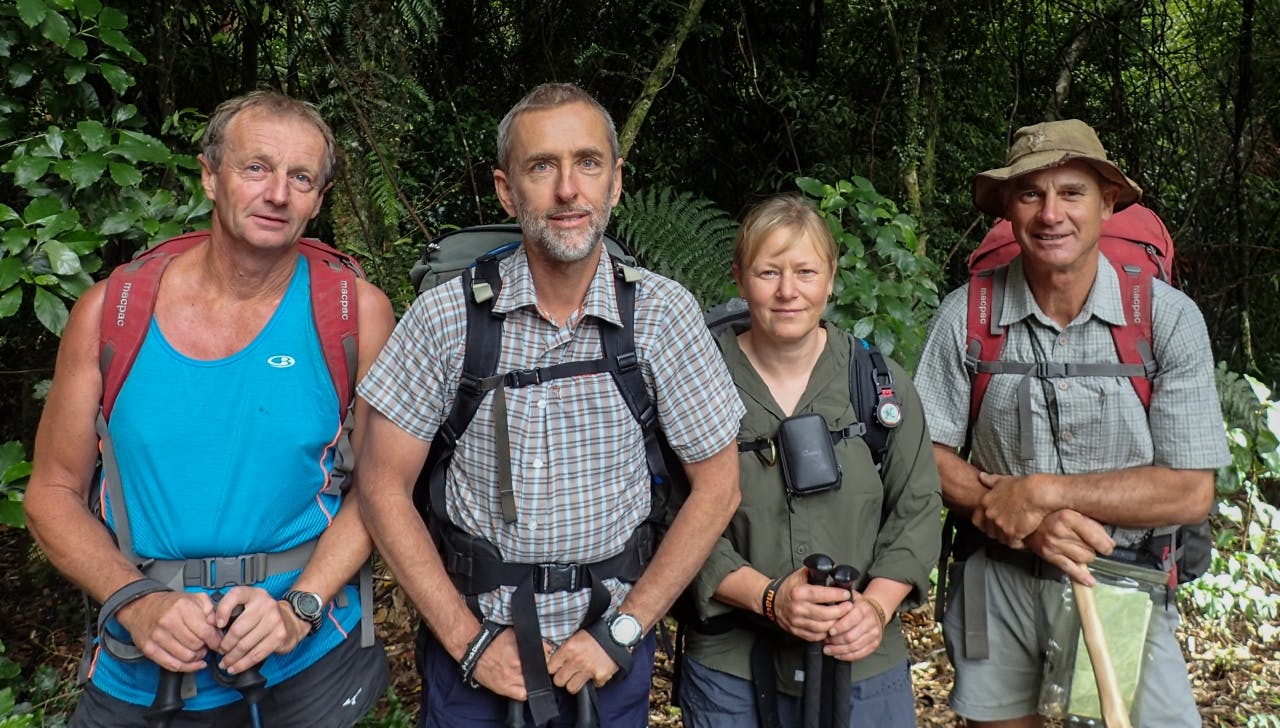 The group tends to travel up streams (waterfalls are easier to negotiate on ascent) and down rivers. But this form of travel differs to canyoning, as safety equipment is rarely used. Rather, if an obstacle is too difficult or dangerous, they’ll go round it, sometimes taking wide ‘D-tours’ if terrain demands it.

Garman says the more you practice climbing rivers and streams the more assured your balance becomes and the quicker you travel. But she’s very careful to ensure conditions are right for such a trip. River trips are best attempted between January and March, stream trips between November and April, but she follows forecasts closely in the days and hours leading up to the trip. “We keep a careful eye on river levels – pretty much all big rivers are monitored by regional councils and this information is available online – and the weather forecast,” she says. “If things are looking dodgy we postpone.”

No-one in the group has conquered more waterways than Hawke’s Bay’s David Harrington, who contacted MTSC when he discovered the club enjoys this sort of trip. Harrington ventures on his own too, keeping records of his river, stream and creek trips. He has now completed all but a few in the Tararuas, the Kawekas, and the Ruahines.

“David introduced us to the idea of river tramping in speedos or bikini bottoms,” explains Garman, “and they really do work well when you are going to be wet most of the day, as there’s no chafing. The lack of leg constriction is also useful for the climbing that is often required. As you are unlikely to meet up with anyone else it’s not too embarrassing – except for the photos!”

Try these for starters

Jean Garman and her fellow river trampers recommend these streams and rivers for those who want to give it a try.

Garman’s tramping group have enjoyed all these sections of river and stream where few have ventured: