The notoriously cheeky kea is perhaps too smart for its own good: DOC has had to ‘kea proof’ hundreds of stoat traps  in the Murchison Mountains this summer after seven birds died while trying to extract bait from the traps.
The traps are housed in solid wooden boxes, meant to withstand the parrot’s prying talons. However, DOC says the birds were gouging out the lid screws in order to get the egg and meat bait inside. The kea didn’t stop there; they even dug up the trap footings and rolled traps downhill, sometimes over bluffs and into Lake Te Anau.

The traps have been modified before, but they’ve made further upgrades to 700 traps, installing longer screws and a specially designed metal bracket to keep the lids in place.

The Murchison Mountain trap network is in place to protect New Zealand’s only remnant wild population of takahē from stoats. It consists of 3500 double trap boxes over 50,000ha 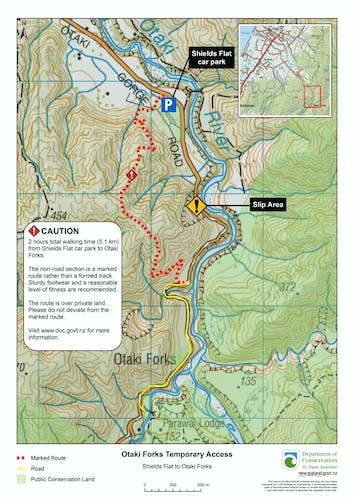 DOC has made a temporary access track to Otaki Forks in response to the chronically unstable slip that has closed Otaki Gorge Road. The track is now the main entrance to the Tararua Ranges from the western side. The new route is two hours walking time (5.1km) from Shields Flat to the Forks.

The Otaki Gorge Road has long been a headache for travellers, as the slip has been there for decades and just doesn’t want to go away.

Herb Christophers from DOC said. “For many years, transport to and from Otaki (the local taxi) would not venture past the slip, and even when it was in a reasonable state, it was still a bit hairy.”

The new track is a marked route rather than a formed track, and DOC recommends sturdy footwear and a reasonable level of fitness. The route is through private land, so trampers are asked not to deviate from the track.

Chapple worked tirelessly to develop the Te Araroa Trail. His work began about 20 years ago, when the first section in Northland, from Kerikeri to Waitangi, was opened in 1995. In order to connect the trail, Chapple had to negotiate access arrangements with landholders, communities, and local and central government. Te Araroa is now one of New Zealand’s most well-known trails, attracting hundreds of visitors each year.

A large slip in mid-February caused a temporary closure of the popular Manganui Gorge Track in the east Egmont area. Tim Weston from DOC said the slip happened after heavy rain on the mountain caused the stream bed to wash out on one side, leaving a six-metre vertical drop.

Crews from DOC rerouted the end of the track at the head of the gorge, which is the ski field access track, and also part of the Around-the-Mountain Track. DOC said a new track has been dug into the slope and moved about 50m downstream, avoiding the exposed area where the wash-out happened.

The track was shortened slightly as a result, and the new route is now about 40m long. Crews managed to reopen the track at the end of February; DOC will continue to monitor the new track for a few weeks.

Storms and ongoing erosion on Mt Taranaki keep the crews there pretty busy, according to Weston. “It’s just crazy,” he said. “There’s a bit of firefighting involved, when you get those torrential downpours,” adding that there are only three people working on track maintenance. They’re always looking for volunteers to help clear trails when the streams overflow.

The storm that caused the Manganui slip washed out another area of the Around-the-Mountain Track. Weston said a section of Kapoaiaia Track near Maero Stream was damaged and crews are working to reopen it. 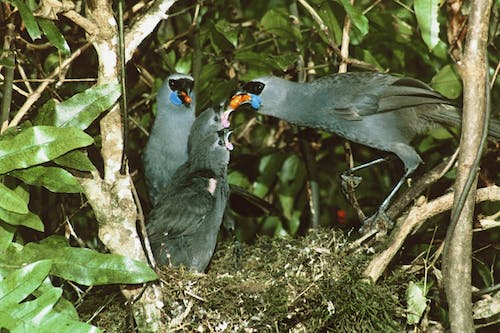 Kokako numbers in the Hunua Ranges are up after a successful 1080 operation.

Results from a recent 1080 pest control project in the Hunua Ranges have shown a dramatic decrease in the rat population and an increase in kokako chicks.

In August and September last year, 1080 was spread across two specific treatment blocks in which the Auckland Council was monitoring pest populations and kokako breeding areas. The project spanned 21,500ha of parkland and 3000ha of private land in the region. The Hunua Range is home to the only naturally occurring population of kokako in mainland Auckland, and is also the habitat for several endangered and rare species, including the Hochstetter’s frog.

Post-operational monitoring showed a reduction in rat densities across the operational area – from 91.6  per cent saturation in the ranges down to just to 1.03 per cent. Additionally, there’s been a successful fledging of 13 kokako chicks from six monitored pairs, compared with no chicks in the 2014/15 breeding season. The report also found Hochstetter’s frogs were undisturbed throughout the operation.

The success of the operation has prompted interest from nearby farmers and property owners to begin using some form of pest control on their land. The council plans to work with them to, “build on this enthusiasm to create stronger pest animal buffer zones in the park.”

Reports of bedbug bites at a Tongariro National Park hut in February led to temporary closures for fumigation. Two separate trampers claimed they found bedbug bites after staying at the Whakapapaiti Hut, according to DOC.

Bedbugs typically live in the creases of mattresses or couches, but are known to hitch a ride in backpacks of unsuspecting travellers. They’re notoriously hard to get rid of, and can be even trickier to spot.

After the reports, DOC called in a specialist pest control company to help nab the biters. They set some traps, checked periodically by a DOC ranger. Even though the traps came up empty, the pest control company advised that the hut still be sprayed. DOC is conducting three separate fumigations over three months, from February to April. Fumigating the mattresses at monthly intervals is meant to kill all stages of the bugs’ development. 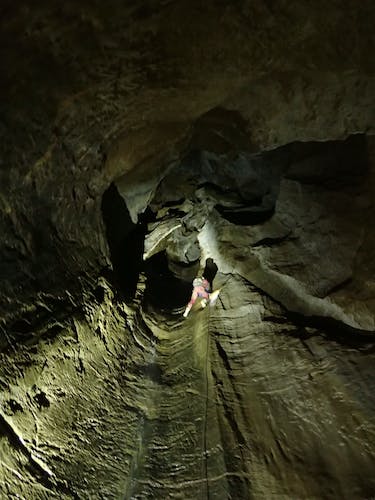 A recent caving expedition to Mt Owen revealed further signs there is a passageway linking the northern side of Mt Owen to Bulmer Cavern on the southern side.

Kieran Mckay and a group of cavers spent three weeks in February exploring nine caves on the northern side of Mt Owen, near Blue Creek. A previous expedition to Bulmer Cavern proved there is a connection to Blue Creek. In 2014, a team used non-toxic dye in an underground stream near the end of Bulmer to trace its exit. The dye appeared one day later in Blue Creek spring, 8km away and 600m lower on the opposite, northern, side of the mountain.

Mckay said the recent trip was successful; they found several of the caves are wide open at the bottom, providing hope there will be passages connecting some of the bigger caves and potentially linking up with Bulmer Cavern. Three caves were particularly promising; Curtis Ghyll, Nuggety Hole and Giant’s Staircase all seem to go much further than originally thought. Mckay and his group dropped 300m into Curtis Ghyll with their diving gear only to find their landing point was dry, and they were able to explore it all above water. In Nuggety Hole (150m deep), they found large passages and some wind – a sign there are connections to other caves. The third cave that offers some hope is Giant’s Staircase; Mckay explored a sump there, and wants to return to understand the full scope of its depth.

The team will return in April and focus their efforts on those three caves to further explore the potential passageways. “We’ve got this big mystery of where the water goes, and we’re just trying to know how deep it is,” Mckay said. “It’s going to be quite a big cave system – I don’t know quite how long it’s going to be, but I’d like it to be really long.”