At Hinapouri Tarn, toilet paper blows in the wind

Beating the crowds in Nelson Lakes National Park by finding a remote tarn to camp beside is a popular objective of many visitors. Too many, according to DOC.

Wilderness has often promoted the virtues of camping beside idyllic Hinapouri Tarn, just off Robert Ridge and near Angelus Hut. But it appears this option, and others in the wider Angelus Basin, is becoming too popular and human waste is now a blight on the scenery.

“We have had reports through the summer of toilet paper blowing around within the basin,” said DOC’s Nelson Lakes operations manager John Wotherspoon.

“Any camping above the bushline is hard on the environment. Toilet waste doesn’t break down as quickly – it’s colder and there is less microbe and insect activity.

“The Angelus basin is an intensely used space visited by many without the necessary know-how, or motivation, to bury waste.”

Wotherspoon added that DOC would prefer to see less camping at Hinapouri Tarn.

“Our preference is certainly for people to camp close to the hut and use the hut facilities,” he said. From late November to April 30, the hut and campground needs to be booked. Camping costs $10/person and the fee allows for the use of the hut for cooking. Outside these dates, camping is $5/person.

For those who do want to camp, bury it or bag it and carry it out. 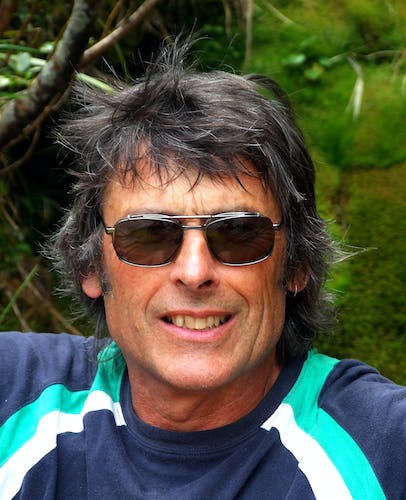 Rex Hendry walked the length of New Zealand in the 1980s. Photo: Supplied

An account of one man’s trek from Cape Reinga to Bluff, then down to Stewart Island, in the 1980s is now free to read online.

Rex Hendry, now chairman of LandSAR, took on the challenge over the summer of 1983-84. His route differed to the Te Araroa Trail in that he kayaked from Auckland to the Coromandel, continuing south along the spine of the peninsula and the Kaimais, before heading to Mt Ruapehu via Lake Waikaremoana. On the South Island he crossed 13 alpine passes, venturing to the likes of Milford Sound and Rabbit Pass.

What inspired you to do this trip?
I was studying outdoor education at the time and wanted to undertake an adventure that pulled all that learning and the skills together.

How did you decide on the route?
The main divide runs the length of the country and was mainly in conservation land and forest parks, so it was easier to pull together all the access, tracks and huts to form the route. I added a loop out to Lake Waikaremoana and back around Mt Ruapehu because I thought if anyone took any notice of this as a route for the North-South Walkway, then it would need to include these two iconic sites. I finished at Doughboy Bay on Stewart Island – the southernmost extent of walking tracks at that time.

What were your favourite spots from the trip?
I really liked walking the tops of the Kawekas – quite underrated and with great views east and west. Similarly the ridgeline of the Tararuas. The Wilkin and Jumboland up to Rabbit Pass, off Makarora/Haast Pass, is a fantastic place.

– Download Hendry’s book, A Wee Walk in the Wilderness, at www.lovelavender.co.nz/Books.html.

Otaki Gorge Road may be open by winter

The road was closed in December due to hillside instability and a large slip in February left debris hanging precariously over the road.

In order to reopen the road, crews will have to remove an estimated 45,000m3 of rock and other debris to re-stabilise the area. The work could take a few months to complete and the area is expected to remain geologically active, requiring ongoing monitoring and maintenance.

DOC established a temporary track in February to the popular Otaki Forks so trampers could still access the area during the closure.

“We know the length of the closure has been frustrating for a number of people and we’re grateful for everybody’s patience while our investigations and monitoring were underway,” Kapiti Mayor Ross Church said. If weather permits, he expects the road will be reopened by winter.

The repairs to the road will cost $500,000 and will be funded by Kapiti Council and the NZ Transport Agency.

Activate the PLB, then what? 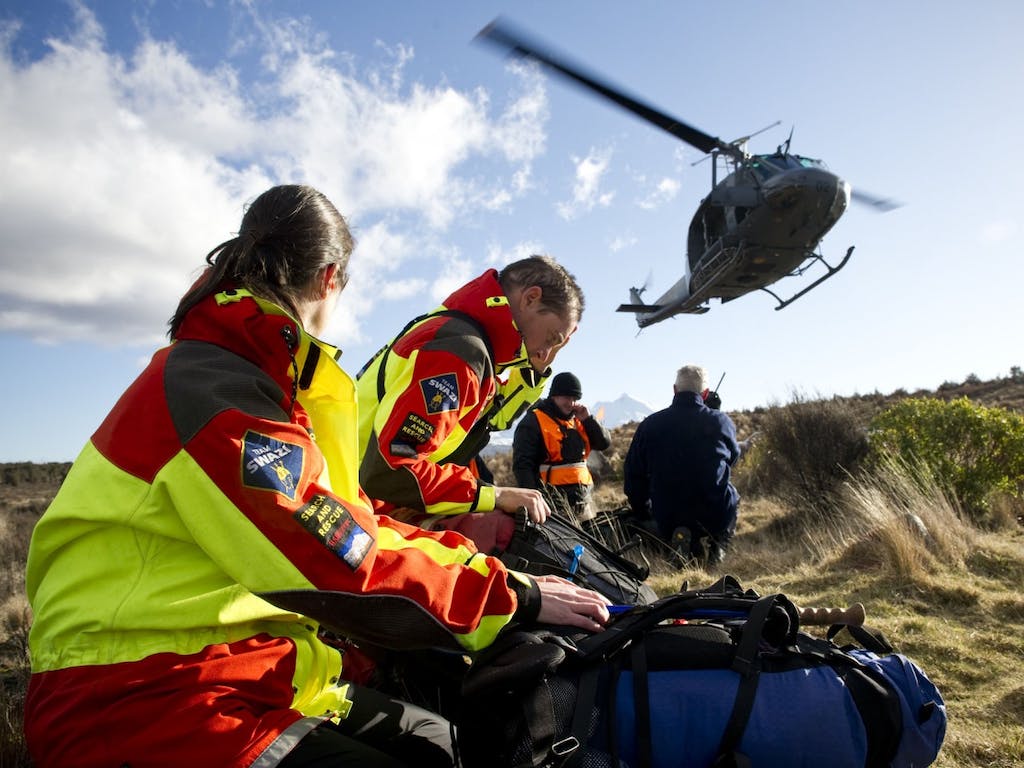 If it’s safe to do so, move to an open space so rescuers can easily spot you. Photo: NZDF / Creative Commons

It’s the advice we’ve all been given when trouble strikes: stay put.

If you’re hopelessly lost or need rescuing due to an injury, the more you move around the harder it is for rescuers to find you.

It’s not rocket science. Or is it?

Before personal locator beacons, trampers would find clearings, create arrows out of rocks and sticks and leave bright pack liners beside a riverbed to draw attention to their location. But with PLBs becoming more common, a Wanaka LandSAR member is wondering if people are relying on the satellite-based rescue technology too much and not using their common sense to aid rescuers in finding them.

Allan Uren has been on several LandSAR operations where the parties who had activated the PLB had not moved short distances to make themselves more visible. In one case, a party of three were in Hidden Falls Creek, Fiordland, when they activated their beacon. But rather than move 50-100m downstream to a clearing, they remained under cover of trees.

“It was really weird that the injured person could still walk and nobody had scoped out a place for the helicopter to land on the right side of the river so we could pick him up easily,” said Uren.

“It’s something I’ve noticed with people who activate their beacons; they are not making it easy to be found and are possibly relying on technology too much.”

Uren isn’t advocating moving when it is dangerous to do so. He wants people to realise that technology can fail and the New Zealand bush and terrain can make it tricky for searchers to hone in on a beacon.

That’s why it’s important that those calling for help do their bit to help rescuers locate them.

If you’re in the bush, Uren suggested finding a clearing, usually in a creek or riverbed. In the mountains, moving to a ridge or a flat area large enough for the helicopter to land would help rescuers spot you.

If the injured person is not able to be moved and someone can stay with them, one person could take the PLB to a clearing and then guide rescuers once they arrive.

With night vision equipment, rescuers can see a lit cellphone screen and the reflective tape on packs and jackets from up to 1km away. 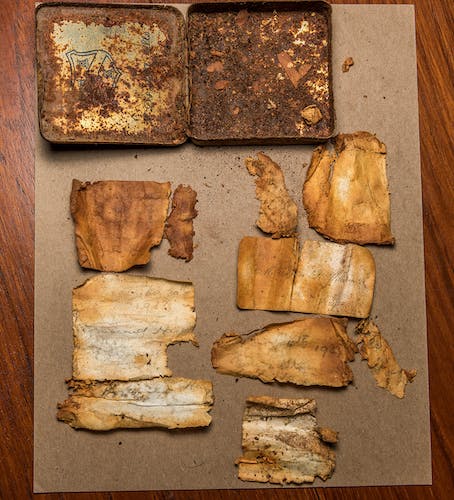 The remains of the logbook found on Mt Wakefield. Photo: Danilo Hegg

Climbing relic found in the mountains

An Otago man accidently dug up a piece of history while climbing in the Aoraki/Mt Cook area. Danilo Hegg, a teacher at Otago Boys’ High School, was making his way up a steep scree slope near the summit of Mt Wakefield when he saw a rusty tin case nestled in the rocks. Inside was a page of old log book entries, dating back to the 1930s. Only two entries were legible, both of which are from New Zealand’s early mountaineers.

Hegg said he was “surprised to find it just poking out of the scree,” adding that the area where he found the book sees a number of visitors.

Edgar R. Williams, born in Dunedin in 1891, was a prolific climber and was made a lifetime member of the NZ Alpine Club in 1974. His name was printed on a visitor’s card in the logbook. He made first ascents of several of New Zealand’s highest peaks, including Mt Sibbald in 1917, the north-east face of Mt Greenlaw in 1930, Mt Ward in 1934, and Lion Peak in Milford Sound in 1953.

Rosamond Harper, whose entry was dated December 30, 1933, was the daughter of Arthur Paul Harper, another well-known climber of the early 1900s. He and a group of keen mountaineers formed the NZ Alpine Club in 1891 and he served as president from 1914 to 1932. During that time, he introduced his second daughter Rosamond to mountaineering.

Rosamond was a pioneering female climber: in 1934 she and friends Betsy Blunden and Lella Davidson became the first all-women party to climb Mt Sefton. The women ascended from the West Coast side, traversing steep slopes and navigating the huge crevasses of Douglas Glacier. Christchurch climber Norman Hardie described the climb as ‘an eye opener and an inspiration’.

Rosamond later became a mountain guide for the Hermitage in Mt Cook, and drove trucks for American forces in Wellington during the Second World War. She later moved to the United States, where her family says she went tramping in the Appalachian Mountains well into her 70s.

Rosamond died in 2005 at the age of 96. Her grandchildren contacted Hegg about the log book, saying they were thrilled about his find.

“I would say that the interest in Danilo’s find really lies in the unexpected way in which he discovered the item and its survival under harsh weather conditions for probably over 80 years,”  Hocken Library archivist Debbie Gale said. She suspects the tin probably fell out of a climber’s pocket during a climb, sometime after 1933.

The tin and log book pages will join other climbing artifacts stored in the Hocken Library, which is the repository for a large collection of archives of the New Zealand Alpine Club.

“Danilo’s unexpected find, with its weather-beaten appearance attesting to a lifetime in an unforgiving environment, will be a welcome addition to our archives, and complement our more formal climbing records,” Gale said.

Should DOC have greater powers? 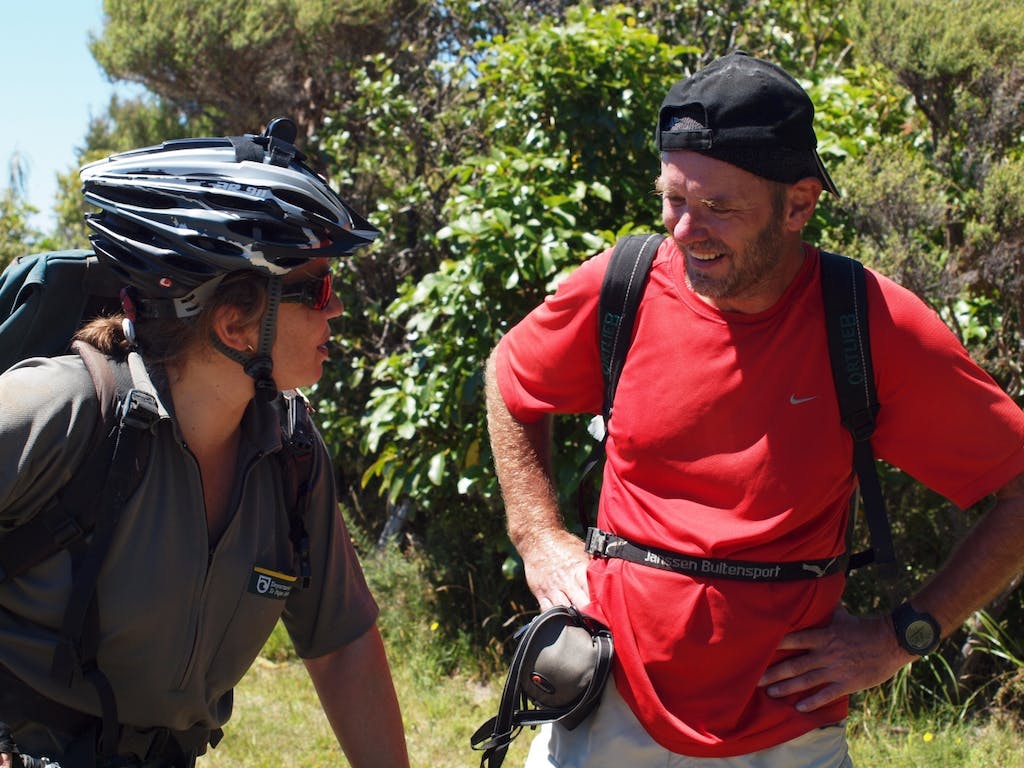 A bill that would give 260 DOC rangers greater power to protect endangered wildlife is now open for public comment.

The Wildlife (Powers) Amendment Bill will grant rangers additional powers in order to reduce the taking, catching, killing and smuggling of animals such as kereru, weka and endangered gecko. The bill is being considered by Parliament’s Local Government and Environment Committee. Public comment is open until midnight, May 12.

The bill would allow rangers to remove illegally set traps, to stop a person if they’re trying to evade a ranger or hide evidence, to require suspects to give date of birth and identification for investigation purposes, to seize materials used to commit the offence and temporarily arrest a suspected offender until they can be placed into police custody.

To make a submission, visit www.parliament.nz, or  prepare a covering letter including your name, contact details and statement and send to Secretariat, Local Government and Environment Committee, Select Committee Services, Parliament Buildings, Wellington 6160.

5 Things we learnt this month…